Volatility seen across European markets have yet to make their way to Asia. Yet gold’s notable crash through 1800 is yet to tempt any meaningful bids.

We saw some pretty big moves overnight, and that generally leaves two outcomes for the Asian session. We either see a secondary reaction as traders extend yesterday’s momentum, or traders are too shell-shocked to do anything, resulting in small yet erratic ranges.  It looks like the latter scenario is playing out today, with lack of top-tier data in Asia adding to the limited rages. 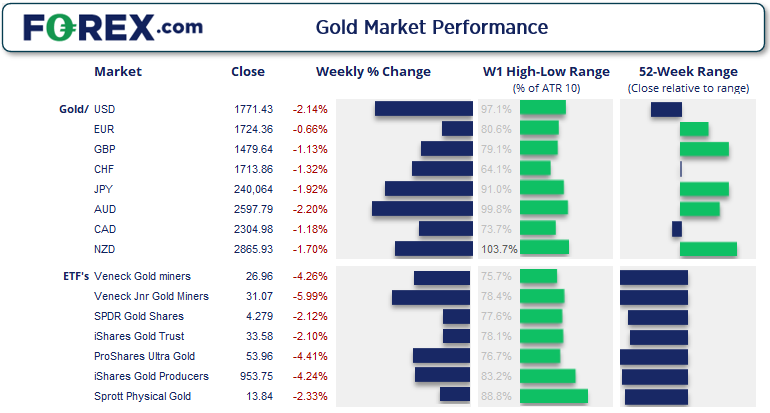 So far the yen is the currency of choice as it sucks in the obligatory safe-haven flows. Yet momentum remains low relative to moves overnight, suggesting traders are erring on the side of caution without venturing into panic mode – on hopes that the dire data from Europe doesn’t lead to contagion.

Oil doesn’t quite know what to do with itself today. It plummeted as much as -14% overnight but has since re-opened back above $100. Yet as upside momentum is sorely lacking I suspect bears are lurking in the shadows ready to pounce at a better price. 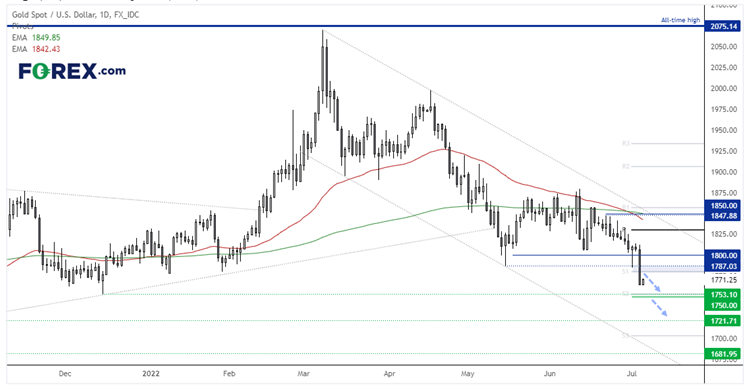 Gold suffered its worst day in three weeks (and second worst this year). Managed funds and large speculators have continued to increase their gross short exposure according to last week’s COT report, with recent price action suggesting this was a smart move.

Gold blew through 1800 with apparent ease which itself suggests big stops were triggered. And there could be more pain ahead for gold bugs. That the ‘gold VIX’ (GVZ) rose to a 3-week high and prices are already down 2% this week suggests margin calls are being attended to, as gold is clearly not behaving as any sort of safe haven.

The 1750 support level is the next logical target for bears, although at current levels the reward to risk ratio is undesirable at on the daily chart. I’d like to see some sort of pullback towards the 1870 area (near the monthly S1 pivot) to increase the potential reward to risk ratio for a potential move down to 1721 / S2 pivot. A break beneath which brings 1700 into focus near the monthly S3 pivot.

How to start gold trading