Hong Kong has been the focus of international financial and geopolitical interests since China announced plans to impose a "new" national-security law on the city.

Last Friday, U.S. President Donald Trump said his country would react strongly if China follows through on the legislation, which is widely expected to erode the Hong Kong's autonomy.

In his latest comments on the issue, Trump said: "We're doing something now. I think you'll find it very interesting (...) I'll be talking about it over the next couple of days, (...) it's something you're going to be hearing about (...) before the end of the week, very powerfully I think."

China is expected to approve the proposed security law on Thursday May 28. In that case, can Hong Kong still enjoy the special economic status under U.S. law?

On a Daily Chart, the Hang Seng Index has not yet fill back a large Bearish Gap formed last Friday (May 22). 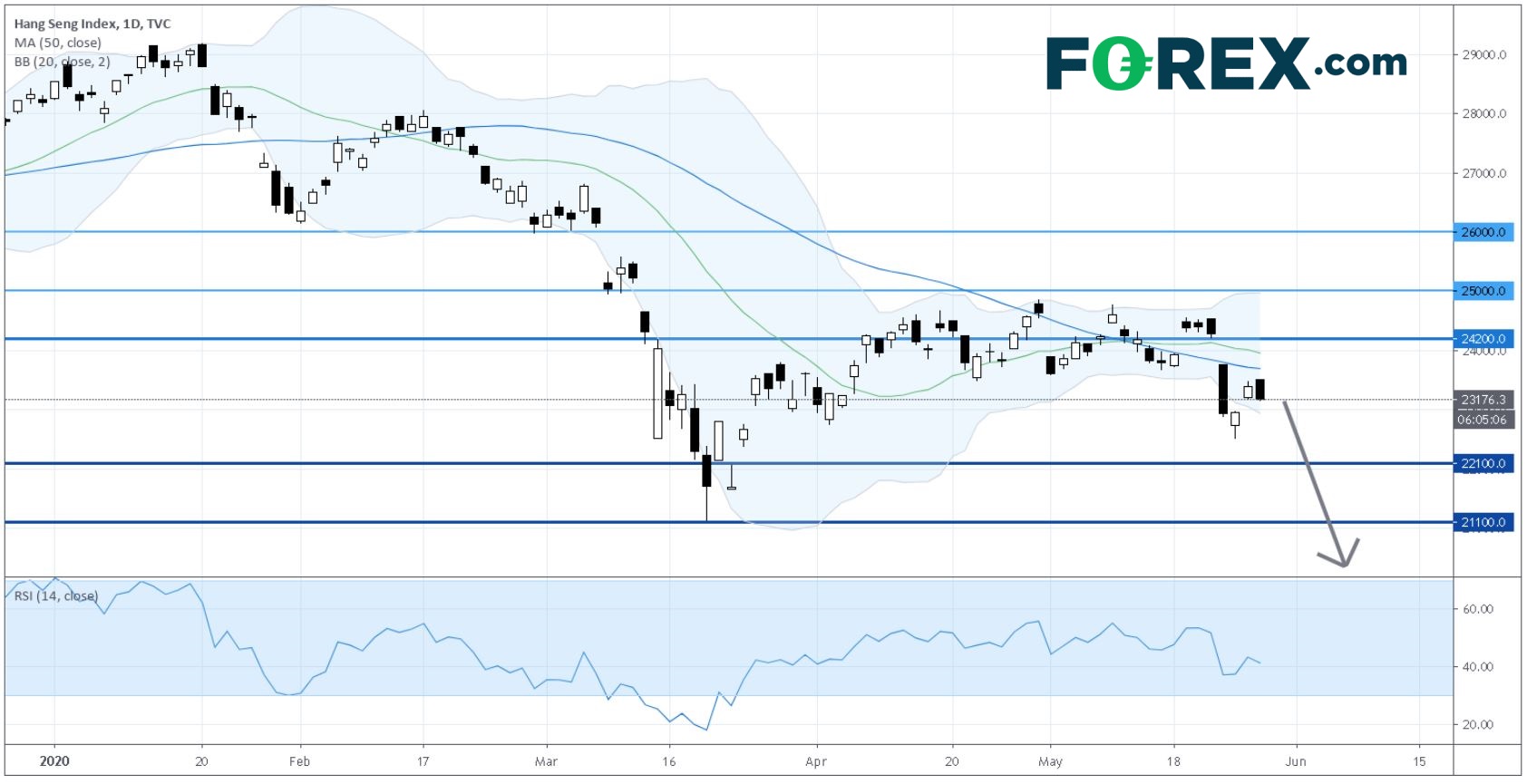 The Index stays at levels below both 20-day and 50-day moving averages, keeping the short-term bias as bearish.

It stands high chances of seeking Downside Support at 22100 and 21100 (around the low seen in March).