There is no doubt that the ongoing US-China trade situation will remain the main focal point next week as investors are becoming worried that China may retaliate after US President Donald Trump signed into law a bill backing Hong Kong’s anti-government demonstrators. If China does retaliate then this could be bad news for risk-sensitive assets such as stocks, oil and commodity dollars next week.

Meanwhile the economic calendar is thankfully going to get busier after what has been a very quiet period over the past couple of weeks.

The week will start off with key PMI data from manufacturing and services sectors of major economies. The focus will also be on important Australian data and a couple of central bank rate decisions. Crude oil will take centre stage from mid-week, due to US oil inventories data and more to the point, OPEC’s meeting on Thursday. The week will end with the publication of monthly employment data from both North American nations.

So, there will be plenty of potentially market-moving events to focus on next week, which should mean elevated pockets of volatility here and there – which is great news for FX traders. 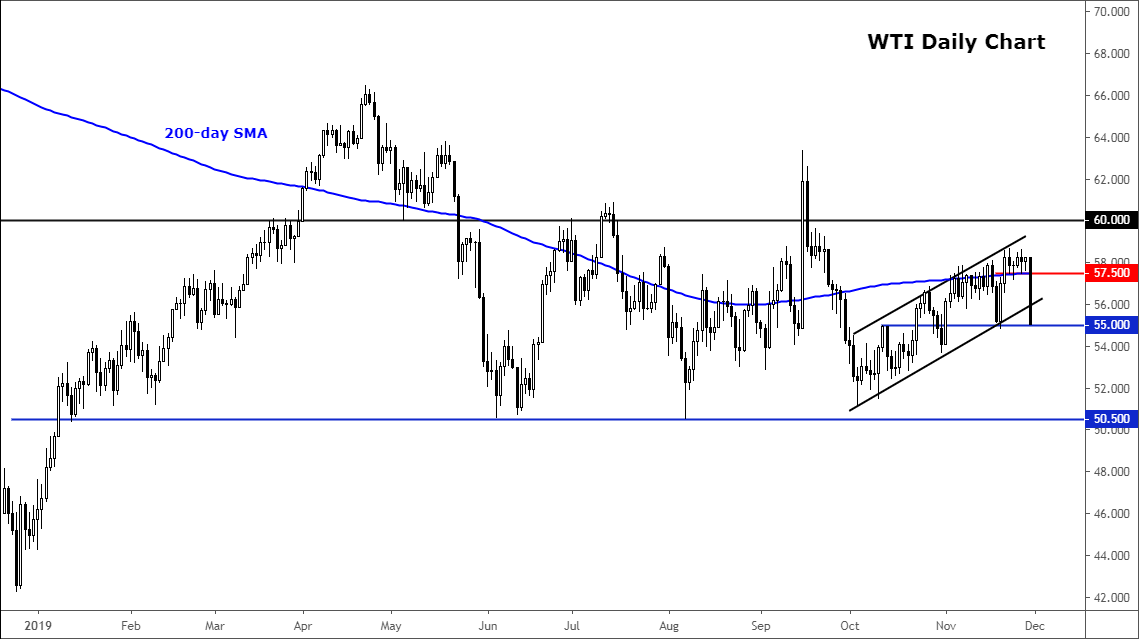