Week Ahead: US-China trade and Brexit back to forefront

The week ahead features one major central bank decision and only a handful of market-moving data.

The week ahead features one major central bank decision and only a handful of market-moving data. So, it should be a quieter week. But following this week’s central bank bonanza, there will be some aftershocks to stir volatility. Meanwhile, with geopolitical tensions heating up in the Middle East, the Brexit situation becoming more uncertain and the US-China trade negotiations set to resume again in early October, there will be plenty of reasons to expect heightened volatility, despite what will be a subdued week for economic data.

Among next week’s data highlights, traders should watch closely: (1) Eurozone flash services and manufacturing PMIs, (2) RBNZ rate decisions and (3) US macro data released throughout the week.

Concerns over the health of the Eurozone economy is the reason why the ECB restarted QE and cut interest rates last week. The latest PMIs provide a leading indication of economic health. Businesses and their purchasing managers tend to react quickly to changing market conditions. If the PMIs – especially in the manufacturing sector – continue to paint a bleak picture, then the single currency could come under renewed pressure in early next week. The EUR/USD bulls huffed and puffed this week, but macro concerns kept a lid on the exchange rate. With the Fed turning out to be less dovish than expected, the path of least resistance remains to the downside for this popular exchange rate. Will the EUR/USD follow the NZD/USD in hitting a new 2019 (and thus a post-ECB) low next week?

RBNZ likely to hold rates steady after the surprise 0.5% cut

The Reserve Bank of New Zealand is likely to hold interest rates unchanged at the historically-low rate of 1.0% after delivering a shock 50 basis point cut when a 25bp cut was expected in the previous meeting in August. In total, rates have been trimmed by the RBNZ by 75 basis points since May. Going forward, the rate setters at the central bank will likely sit on theirs hands and monitor the ongoing trade situation between the US and China. However, if the RBNZ makes any hints of forthcoming rate cuts then the NZD/USD could drop further lower after it hit a new 2019 low below the old low of 0.6270 on Friday to drop to 0.6255 at the time of this writing.

US-China trade and Brexit back to forefront

Deputy trade negotiators from the US and China resumed talks for the first time in almost two months this week. Their aim is to lay the groundwork for high-level talks in early October. Will they finally bridge their differences and find a way out of the trade war? As the high levels talks near, expect more tweets and tariff threats from US President Donald Trump, which could highs some risk-sensitive markets. However, for the time being, stock markets remain supported with US equity indices near record levels after a week of central bank bonanza, where the message was loud and clear: global interest rates will remain at or near record lows for the foreseeable future.

Meanwhile, hopes over an imminent Brexit breakthrough rose earlier this week and the GBP/USD shot above the 1.25 handle to trade 20 pips shy of 1.26 by early Friday session. However, it then sold off sharply after the Irish Foreign Minister Simon Coveney dashed those hopes by saying: “I think we need to be honest with people and say that we’re not close to that deal right now. But there is an intent I think by all sides to try and find a landing zone that everybody can live with here."

With Brexit back at the forefront and US dollar finding support on the back of a less dovish Fed this week, the cable is undoubtedly going to be a focal point for FX market participants for next week. 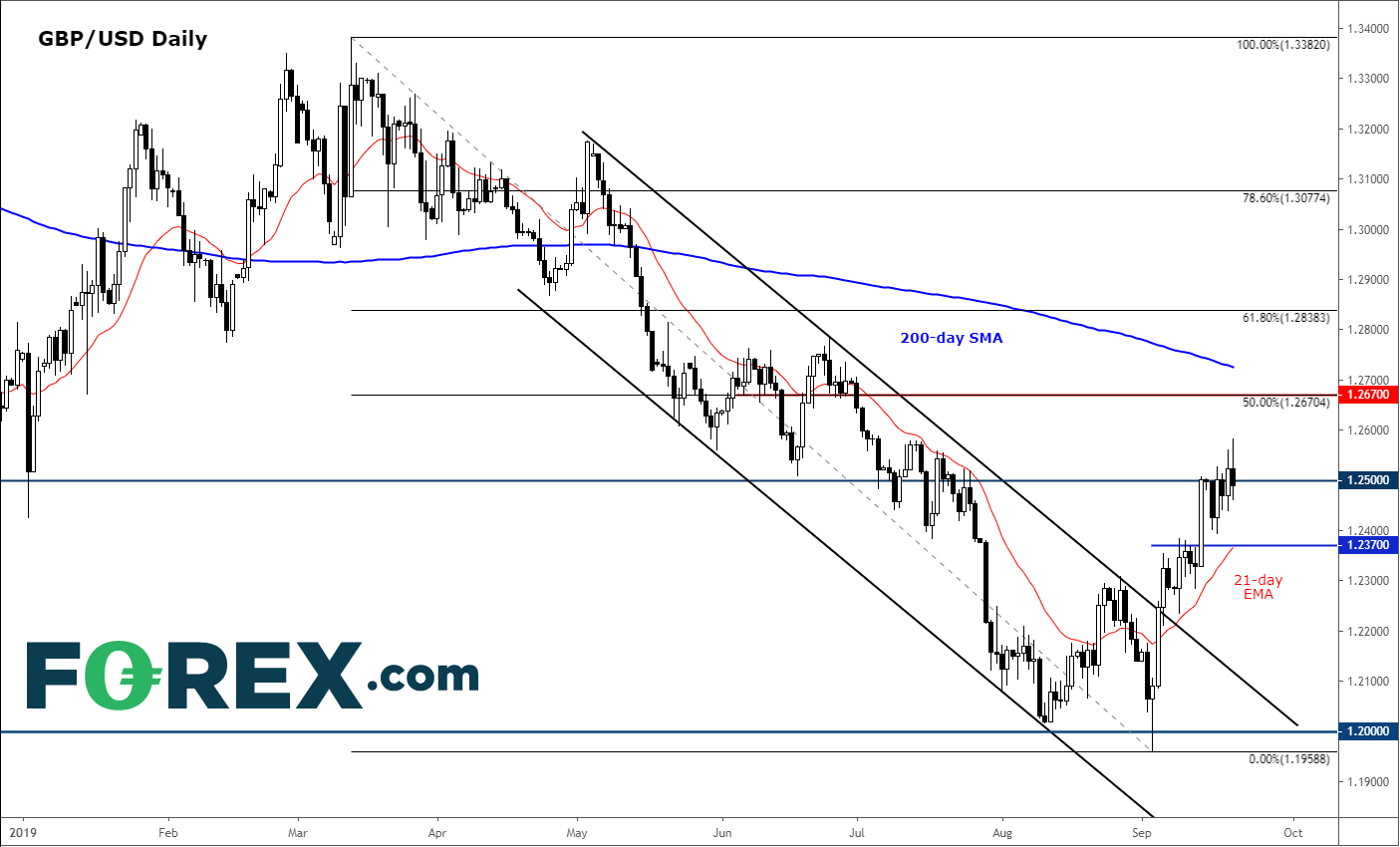