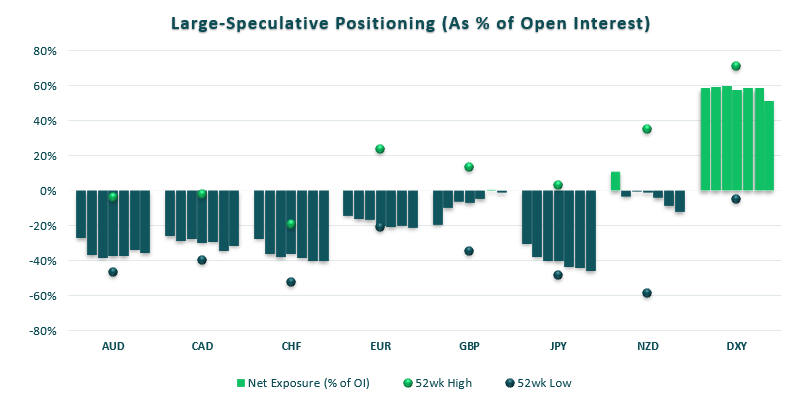 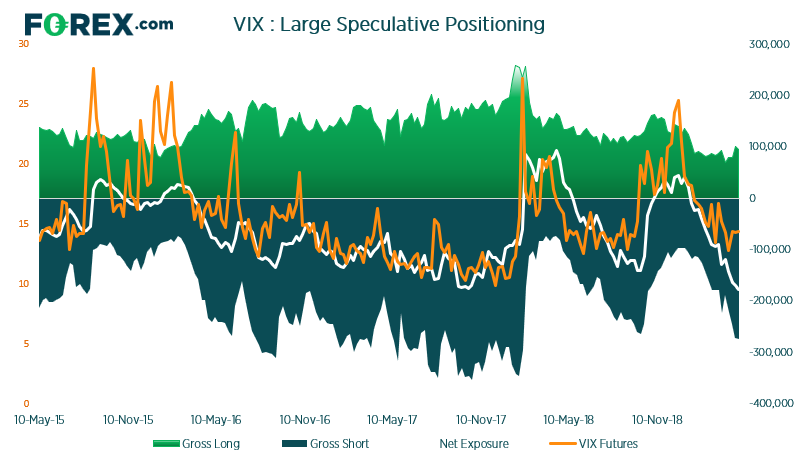 Traders continue to bet big on low volatility as net-short exposure hit an all-time record last week. Furthermore, its 3-year Z-Score is -3 standard deviations and long/short ratio is its lowest since February 2011 to further suggest we could be headed for a sentiment extreme. However, such red flags can lead inflection points by weeks or even months and it’s also worth noting that over the past 30-years, the VIX has closed lower in April and May 62% and 65% of the time, respectively. And as the VIX remains above record low, perhaps we’ll see the VIX fall further before an inflection point is met. 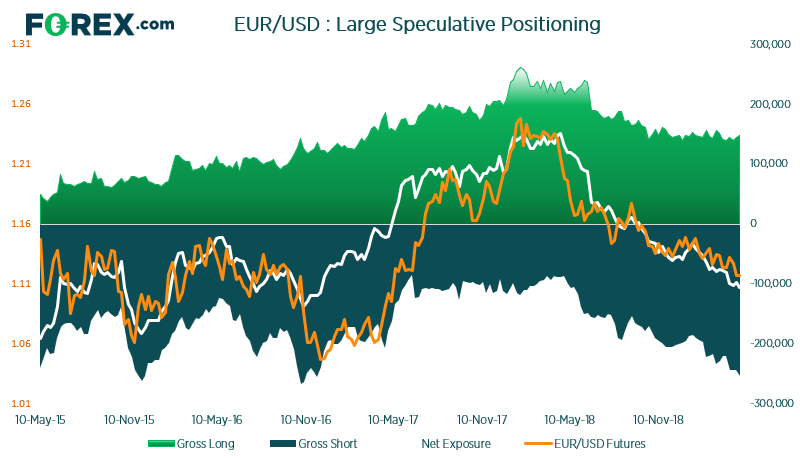 EUR traders extend net-short exposure to their most bearish level since December 2016. 10.9k gross shorts were added and EUR/USD broke to a 22-month low the day after the COT data was compiled (which is close Tuesday of each week). However, we’re not seeing any real signs of a sentiment extreme within the data which suggests EUR/USD could continue to be favourable to bears as the trend develops. 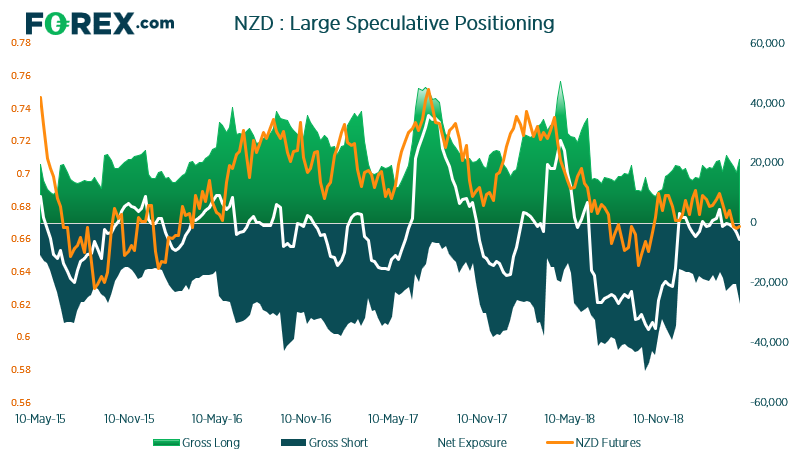 NZD net-short exposure is its most bearish level this year. In the face of a stronger USD and no immediate signs of a sentiment extreme on NZD positioning, we remain bearish on the Kiwi dollar as we head towards RBNZ’s meeting next week. 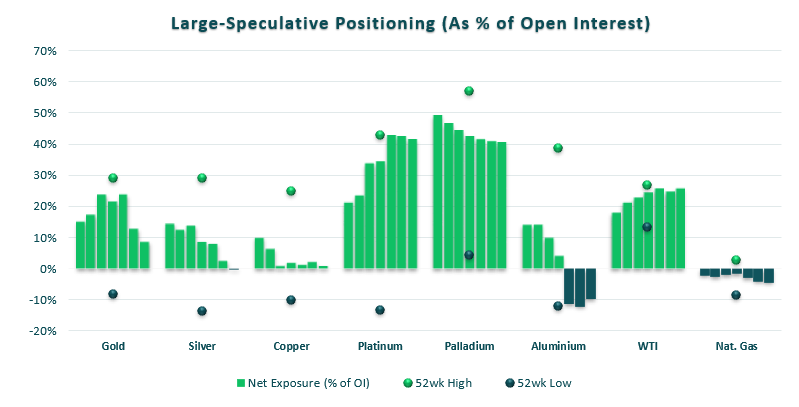 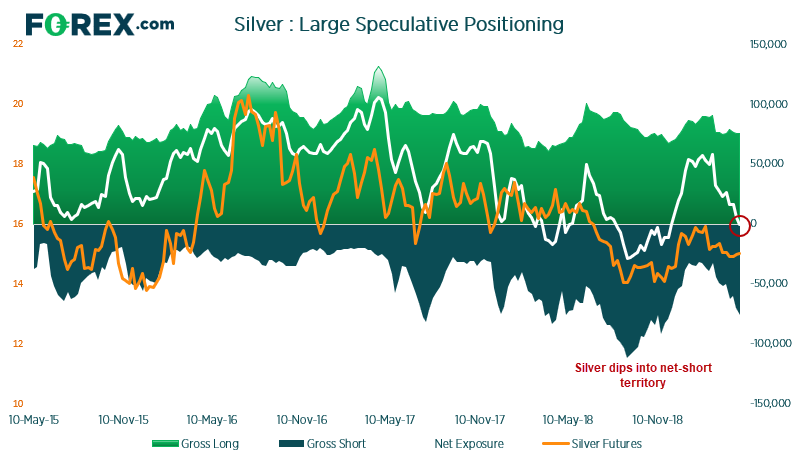 Silver dips into net-short exposure for the first time this year, fuelled by a closure of longs and addition of shorts. However, by just 110 contracts it almost seems negligible and with prices coiling above support we could see prices rebound before tracking large speculators and managed funds lower. 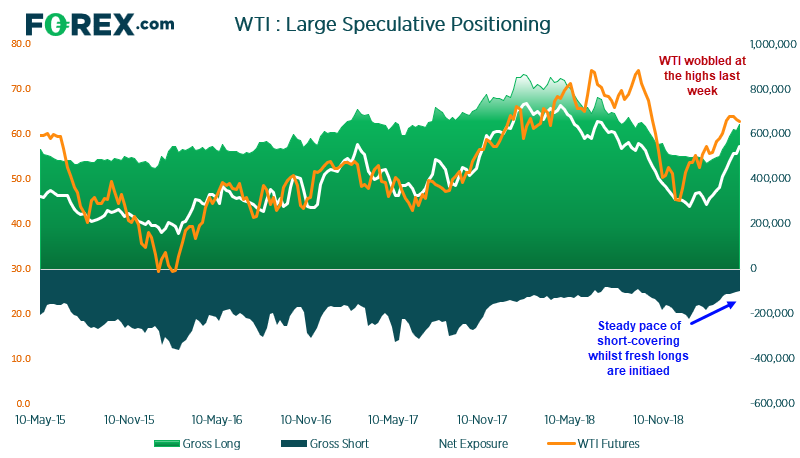 WTI net-long exposure hits a fresh 6-month high by Tuesday of last week, yet it appears prices are now correcting from highs following Friday's sell-off. We suspect the trend will eventually break to new highs, given that 1 and 2-year Z-Scores remain beneath +2 standard deviations and we’ve seen a healthy flow of longs added whilst shorts covered in an orderly fashion. Yet, over the near-term we could see some longs shaken out as prices correct lower – so let price action be your guide.