As the data was compiled ahead of the FOMC meeting its likely there are some distortions in this week’s speculative positioning report. 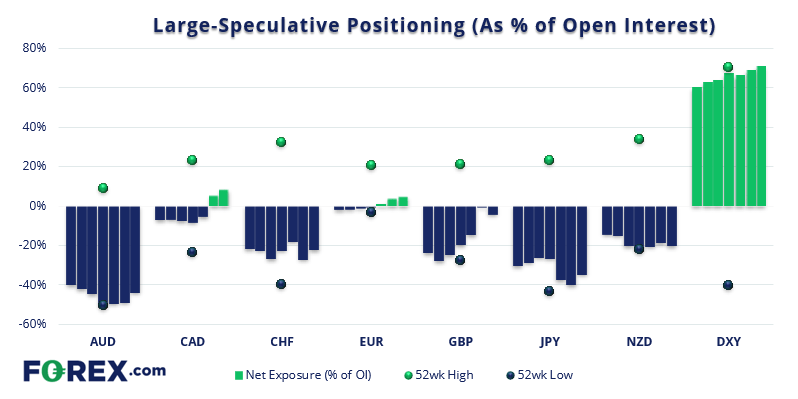 Net-long exposure to euro futures rose to a 23-week high as of last Tuesday. And the move has been powered by a fast rise in gross longs with a sharp reduction of net-shorts. Yet since this report was compiled, EUR/USD has fallen to a 19-month low thanks for the hawkish press conference after the FOMC meeting. So, which one is correct? Yield differentials favour a lower euro and we have likely seen some of those longs closed out and new shorts initiated. We therefore think EUR/USD is more likely to test 1.10 before it reclaims 1.13.

Euro explained – a guide to the euro This image will only appear on cityindex websites! 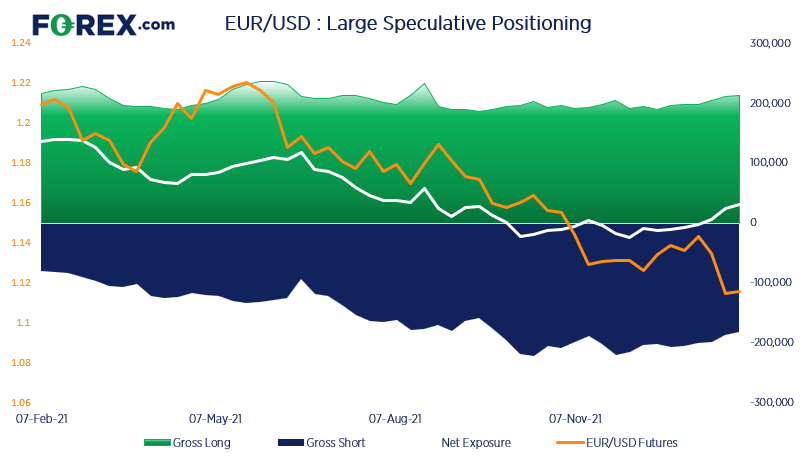 The Canadian dollar is another currency which is trading in the opposite way that speculative positioning suggests. Net-long exposure sits at a 27-week high with rising longs and diminishing short. Yet like the euro we have also had a hawkish FOMC meeting to contend with which weighed on all currencies except the US dollar. And that could see a reversal in net-long exposure over the coming weeks as it potentially flips back to net-short positioning.

Read our guide on the A guide to CAD 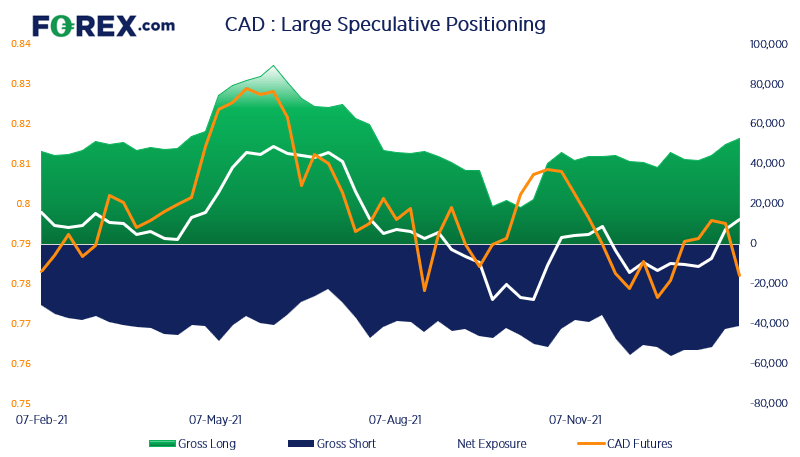 The New Zealand dollar remains very much unloved with net-short exposure rising to its most bearish level since June 2020. However, whilst gross shorts have also risen to their highest level if the same period, gross longs have also increased. It seems some investors are either hedging their bets or stepping in to pick up a bargain at these lows. And we lean towards the latter given that RBNZ remain hawkish and inflation continues to surge well above RBNZ’s target. 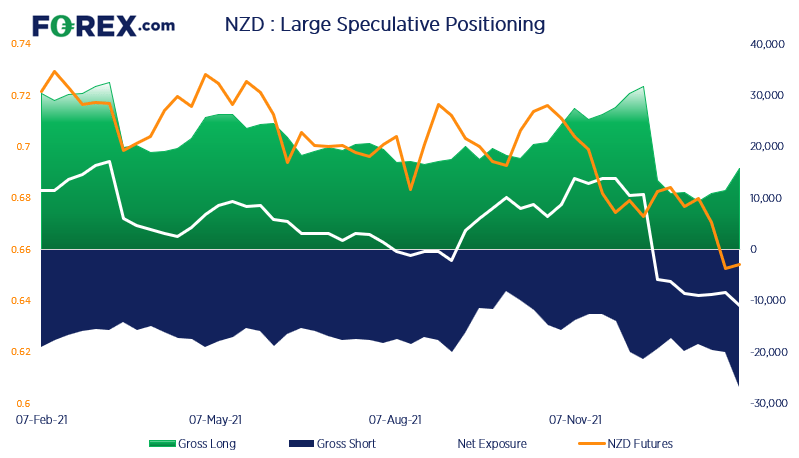 Net-long exposure rose to a 10-week high, from 7.3k to 13.8k contracts. However, this is mostly a function of short-covering as -6.4k short contracts were closed whilst longs added a mere 125 contract. Still, price action does suggest the market is trying to bottom and every trend change must start somewhere. Going forward rising prices alongside increase of gross longs is desirable for the bull-case. 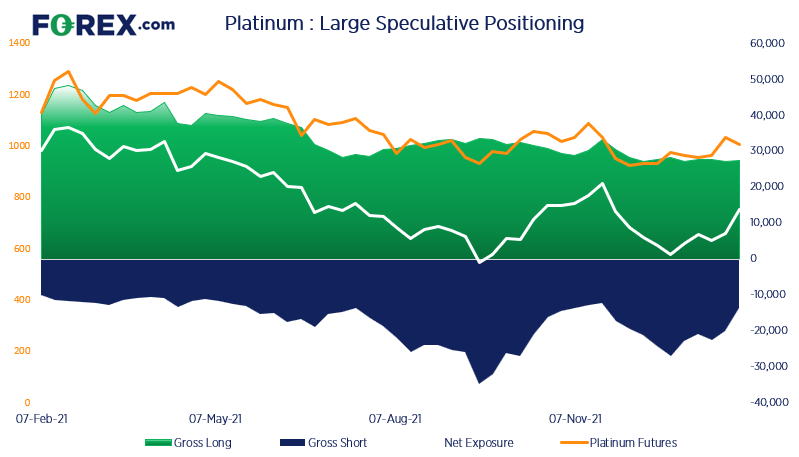