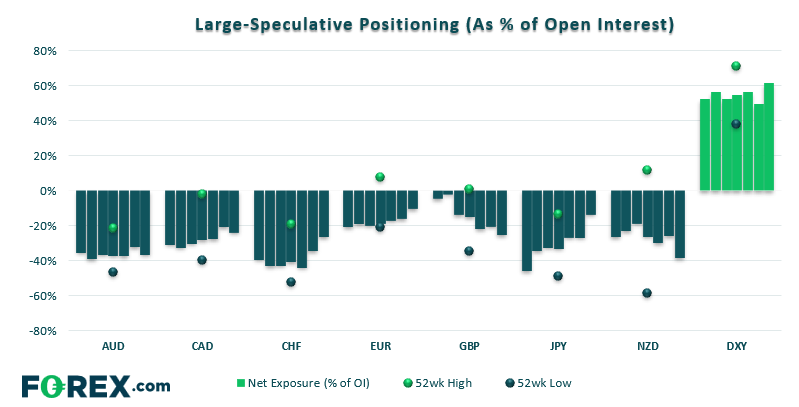 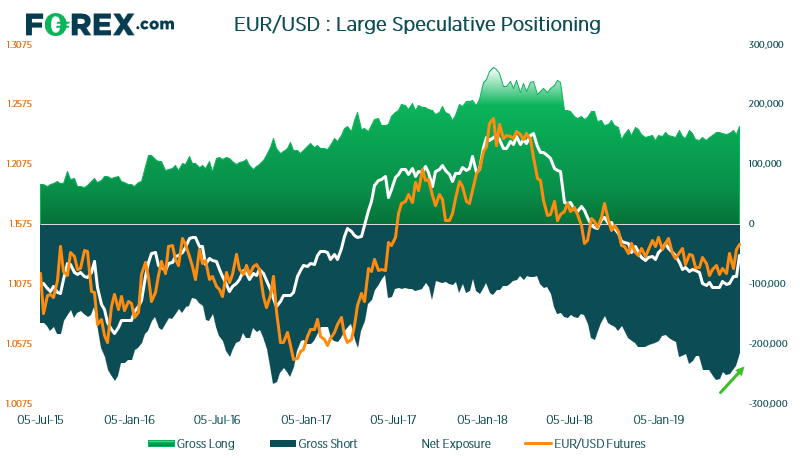 EUR: Bears have closed 35.8k short contracts these past 4 weeks yet bulls have only added 13.3k longs. Whilst this has allowed net-short exposure to be reduced to its least bearish level since February, its apparent bulls still seem a little hesitant to wade in and fully turn this tide. Still following such a level of net-short exposure, it still leaves upside potential for EUR/USD, although hard to see traders turning net-long any time soon, given poor domestic data and further easing from ECB. 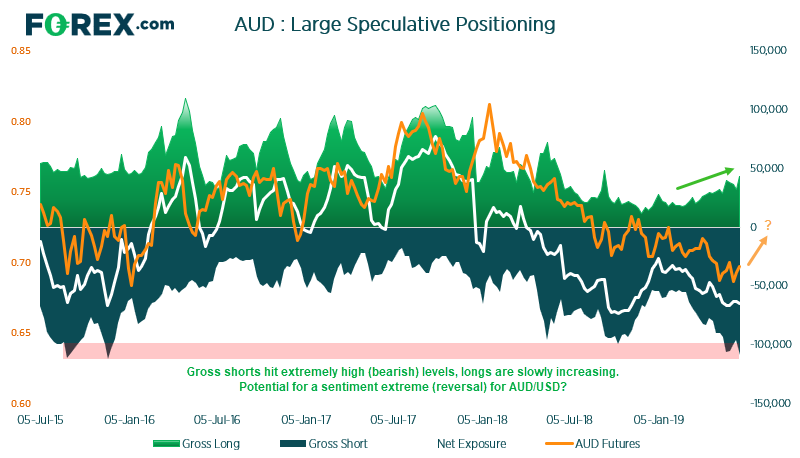 AUD: We outlined a similar case on CAD’s positioning recently, pointing out that gross longs were slowly increasing whilst shorts looked stretched. We see the same pattern on AUD, only gross shorts have hit historically bearish levels, just as the Fed turned dovish. Given the low levels on AUD/USD, we see potential for AUD/USD to extend gains over the coming weeks, along with a weaker USD theme. 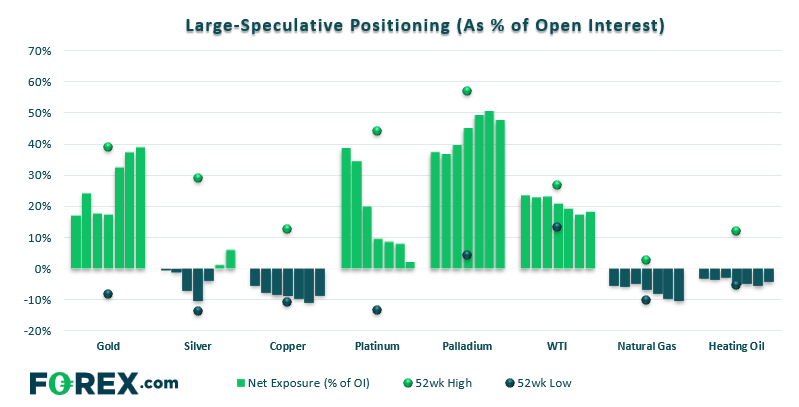 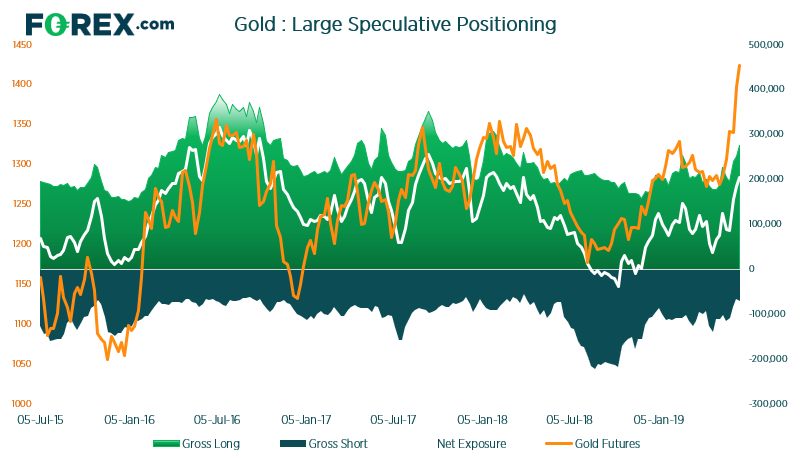 Gold: The parabolic move on gold cannot go unnoticed, which has rallied a further 6% since this report was compiled. Over the past 4 weeks, longs have added 71k contracts and shorts have closed 44.5k contracts, propelling net-long exposure to its highest level since February 2018. Technically prices looked stretched, yet fundamentals behind gold’s move make it a tricky one to call a top on (as there are no clear signs of one yet) whilst markets fear a dovish fed and trade wars continue to escalate (keep a close eye on the G20 meeting surrounding this theme). 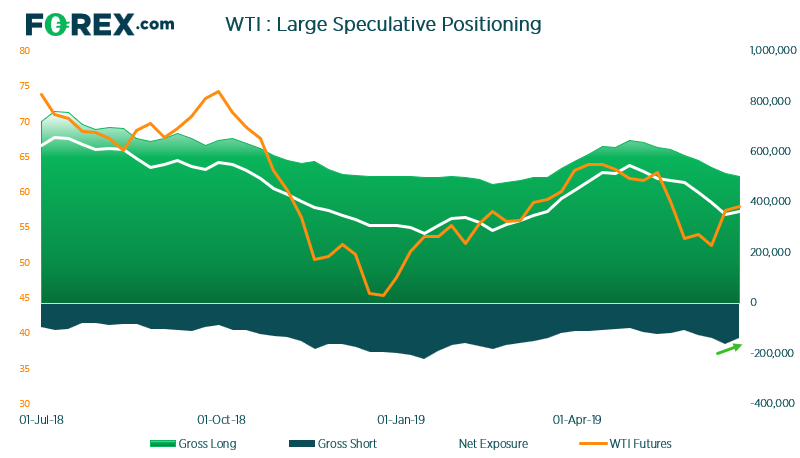 WTI: Last week saw a slight increase of net-long exposure, making it the first week in seven that net-long exposure was reduced. However, both longs and shorts were closed as oil traders continued to de-risk, which makes it hard to call a bottom from this data alone. But we are seeing a slight momentum shift of sentiment at these lows after rallying from $50, so an inflection point in favour of the bull-camp is something to consider as price action develops.