After the 3Q result announcement, the stock slumped 13.5%.

Weibo, the social media platform, reported the 3Q adjusted EPS of 66 US cents, down from 77 US cents in the previous year, on revenue of 465.7 million dollars, down 0.4% on year. The 3Q daily active users increased 8 million, down 62% on year. For the 4Q, Weibo estimated net revenue would increase by 1% to 3% on year. After the 3Q result announcement, the stock slumped 13.5%.

In addition, the sell-off among China's largest technology companies also pressure the share prices of Weibo as investors are feared that the monopoly investigation would spread beyond Alibaba group. On Monday, Alibaba (9988.HK) slumped 8%, while Meituan (3690.HK) and Tencent (700.HK) also lost 7% and 6% respectively.


From a technical point of view, the stock confirmed a Head & Shoulder pattern, indicating a bearish reversal signal. Currently, the stock prices broke below both 20-day and 50-day moving averages. The relative strength index is located at 30s, suggesting the downside momentum for the prices. 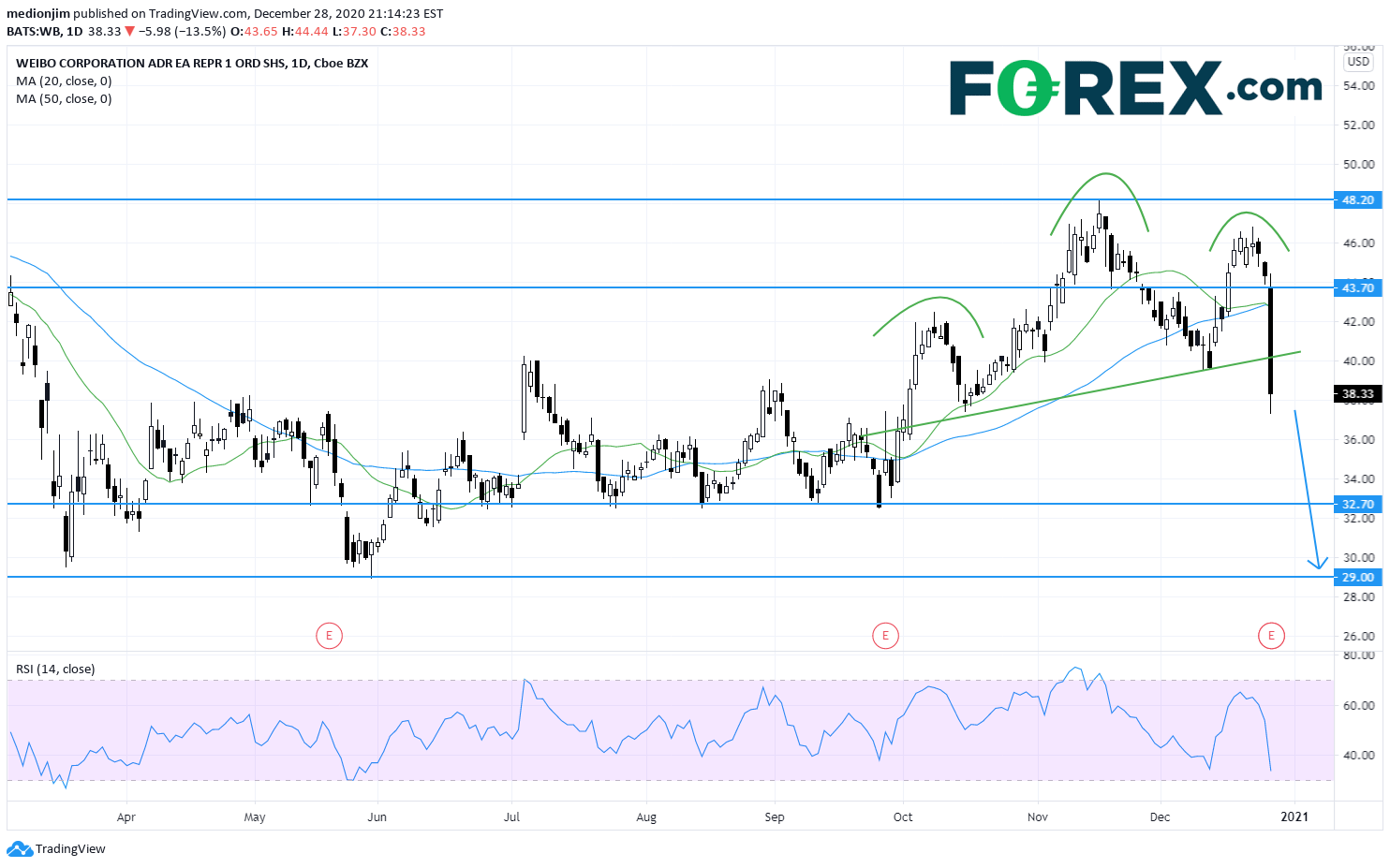