What does lumber tell us about housing prices?

Many industrial commodities, such as copper, iron ore, and lumber, are trading at or near all-time highs. Lumber is said to be a leading indicator for housing prices.  Therefore, as the price of lumber rises, traders should expect housing prices to rise soon afterwards.

Lumber has been moving higher since putting in pandemic lows on April 1st, 2020 near 251.5.  Five months later, it closed near 945.0.  By November 1st, lumber had given back over half its gains, however held the 200 Day Moving Average near 493.9 and began forming a symmetrical triangle.  Lumber broke higher out of the top of the triangle on February 5th and pulled back for a retest.  After moving back out of the triangle on March 22nd, Lumber has been on a tear higher, only closing lower on 2 days and gapping higher day after day! Support is back at the April 22nd lows, near 1243.7 and then the rising trendline (green) dating back to mid-September 2020, near 1160.  Horizontal support below there is near 1030.4.  Notice that the RSI is nearing extreme overbought conditions (above 84!) which indicates a pullback or sideways consolidation may be ahead, however the pullback of the RSI in Q1 2021 proved it to be an ineffective tool as price continued moving higher. Traders should be keeping an eye on this chart for possible pickups or slowdowns in the housing market. 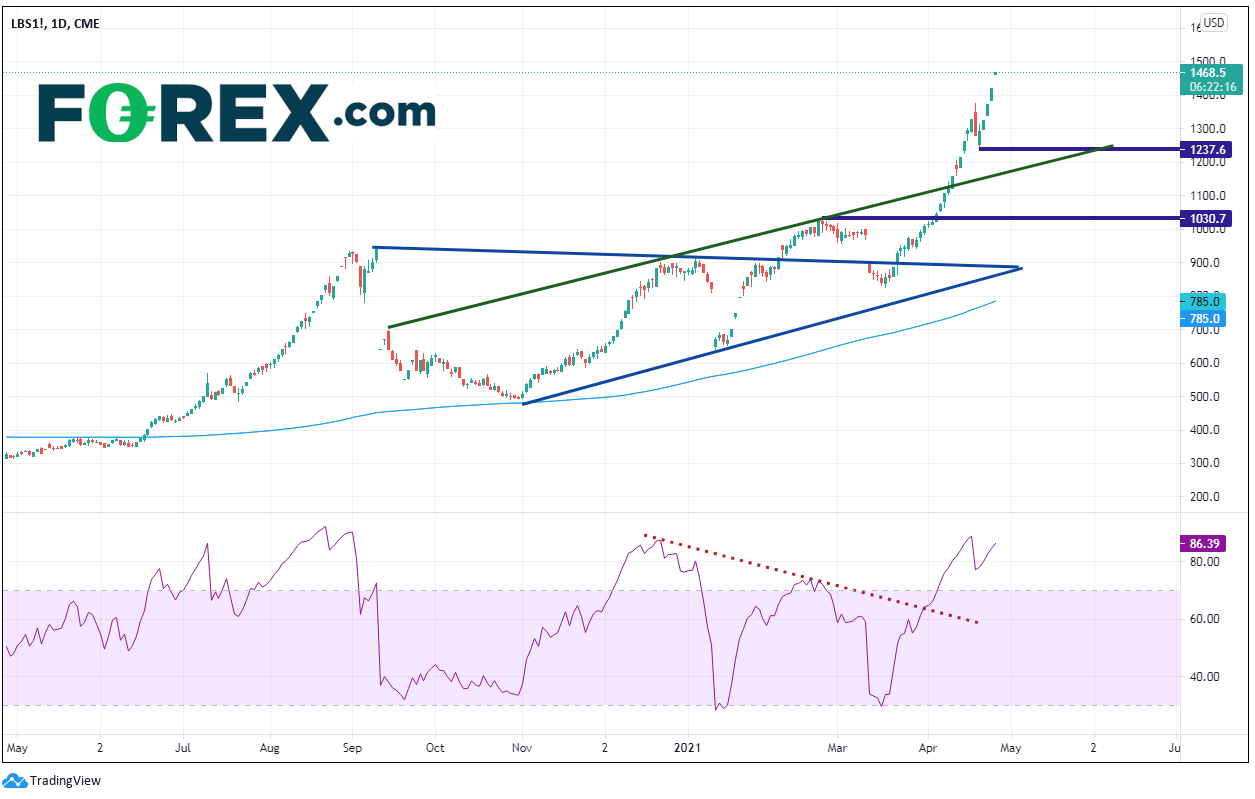 Rising housing prices have been in a concern in some countries recently, including New Zealand, Australia, Canada, and the United States, among others.  Just today, the S&P CoreLogic Case-Schiller Home Price Index for February rose to 246.02, its highest level ever! 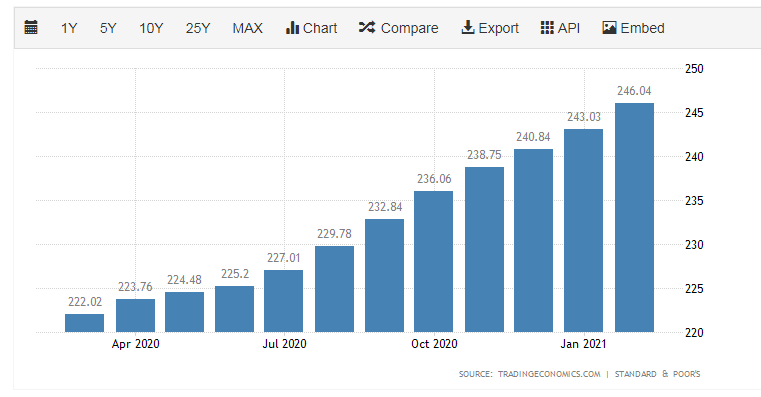 In March, the New Zealand government announced they would phase out the tax deduction for mortgage interest in order to reduce speculation and lower prices in the housing market.  They will also continue to support first-time buyers.  In addition, the government called on the RBNZ to consider curbs on interest-only mortgages and to use debt-income ratios.  On April 18th, Australia released the HIA New Home Sales for March MoM. They increased 90.3%(!) vs 22.9% in February. Next week they will release New Home Sales for March.  However, as with the US, the RBA is in no hurry to raise rates and low interest rates should continue to spur demand, and therefore prices.  In Canada, new home starts rose 21.6% in March to a record high of 335,200 units! The new house price index rose to 112.3 in March, the highest reading ever! (One thing Canada has on its side though is that at least the BOC has begun tapering its bond purchases).

As the price of lumber continues to rise (input), we should continue to expect the price of housing (output) to rise as well.  The question traders need to ask is: When is price so high that demand will subside?  Housing bubbles have been a problem in the past (recall the housing collapse in 2005) and are of concern once again.  Watch the price of lumber for hints as to when the rise in housing prices may plateau!