What is driving the US Dollar higher?: DXY

With the possibility of a stronger than expected NFP print for May, the DXY has gone bid on taper hopes.

The US Dollar Index (DXY) was on a tear today.  The US session began with the DXY selling off after Russia announced that they were exiting US Dollars from their Sovereign Wealth Fund.  However, that move later reversed, and the DXY turned sharply higher with a better than expected ADP Employment Change figure for May, as well as, with a better than expected initial Jobless Claims figure for the week ending May 29th.   Expectations for tomorrows Non-Farm Payrolls for May are +645,000. ( See Matt Weller’s complete NFP Preview HERE).  But if good jobs numbers mean a stronger economy, wouldn’t that mean stronger stocks and a weaker US Dollar?

By now you know the story: better data means there is more of a chance that the Fed may do more than just “Talk about talk about tapering”.  The worry is that with a better print, the Fed will announce tapering at their June meeting in 2 weeks.  Tapering, or decreasing their $120 billion of bond purchases per month, would mean lower bond prices and higher yields.  In addition, less support from the Fed would also mean lower stock prices and a higher DXY.

However, the risk for the NFP print is twofold:

We also need to pay attention to the average hourly earnings figure.  With higher inflation data lately, the Fed will want to make sure that inflation is feeding through to the employment data before they do anything.  They have consistently said that they want to see a string of months of improvement in the labor market, which includes increases in pay.  Expectations are 0.2% for May.

After moving lower for most of 2020, DXY bounced for almost the entire first quarter of 2021. Thus far in the second quarter, the DXY has been moving lower.  After hovering around the 200 Day Moving Average near 91 at the end of April/beginning of May, price continued lower in a descending wedge formation.  Price broke above the wedge on May 27th, and today, finally accelerated higher away from the wedge.  The DXY traded to horizontal resistance today near 90.59. 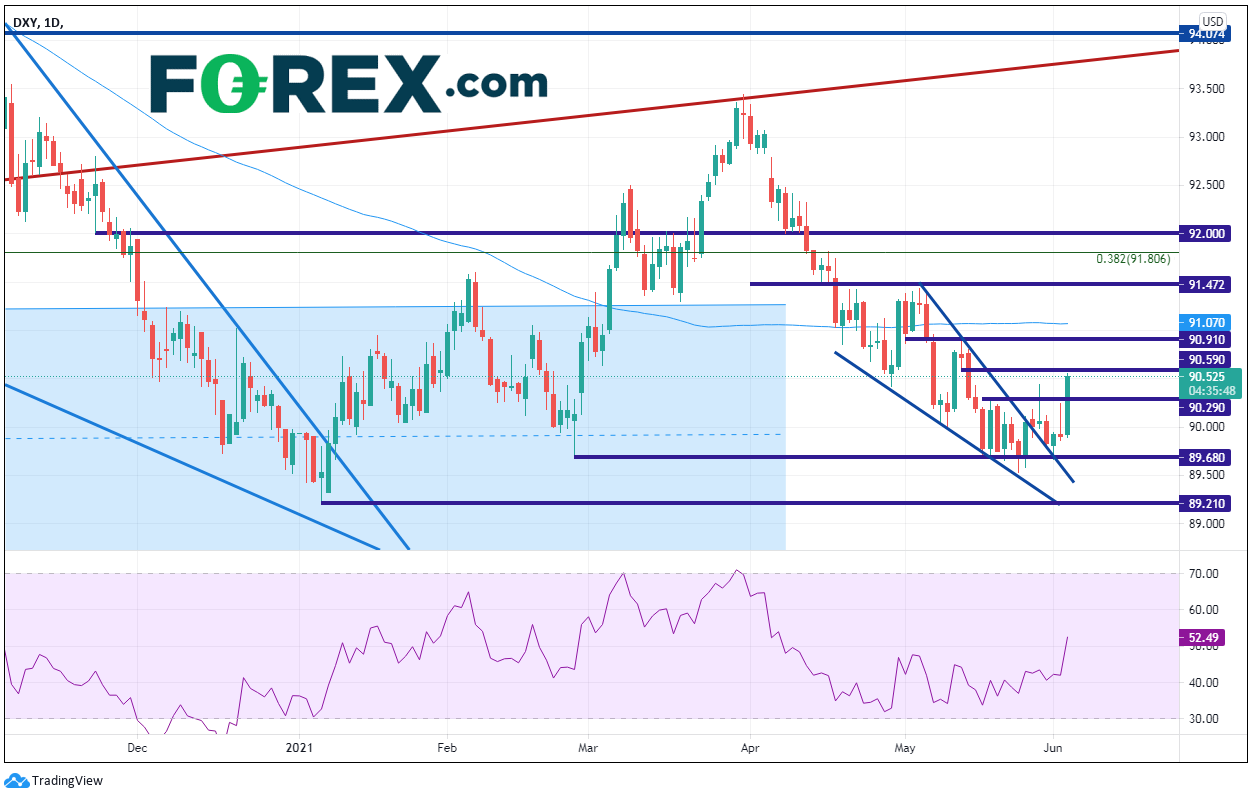 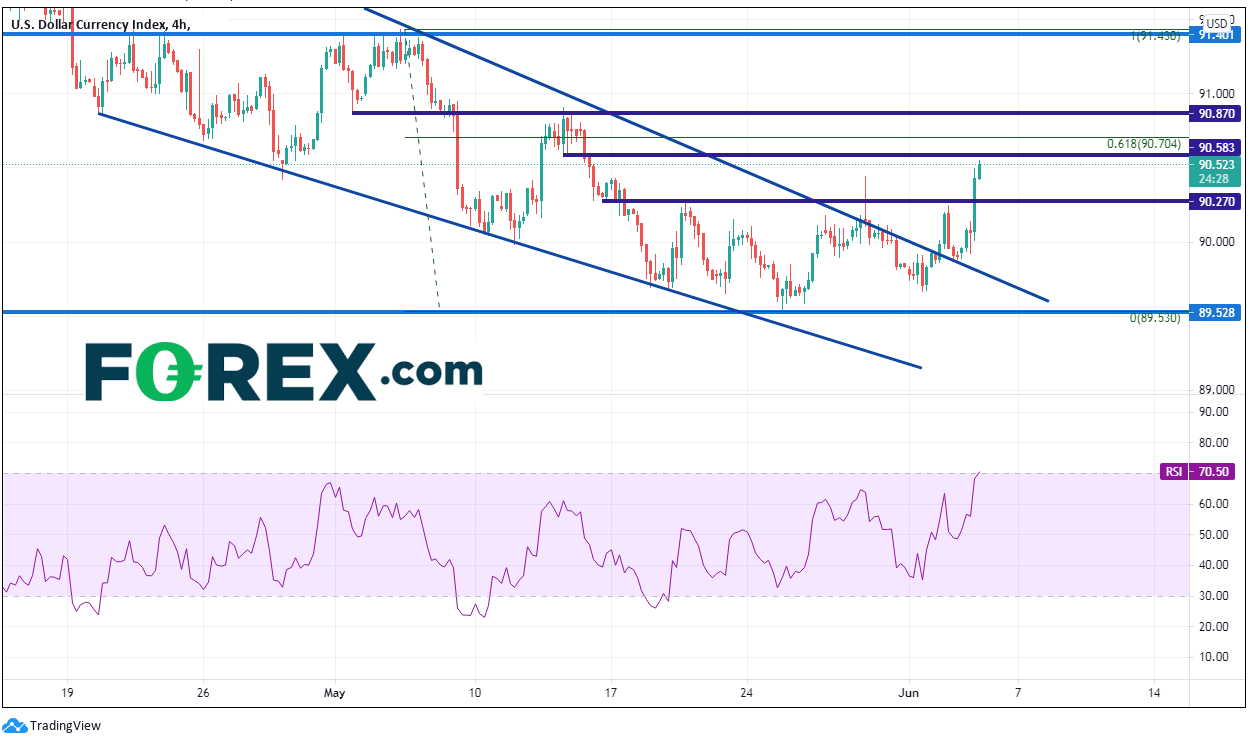 With the possibility of a stronger than expected NFP print for May, the DXY has gone bid on taper hopes.  Of course, the other reason for the bid could simply be profit taking ahead of the data, as the US Dollar has been falling since the first day of Q2.  Watch for revisions to the April print, as well as Average  Hourly Earnings for a better gauge on market direction ahead of the Fed in mid-June.