<p>USD/CAD has been entrenched in an exceptionally sharp plunge for nearly two months as the US dollar has fallen substantially from its highs, oil has staged a significant comeback from its recent long-term lows, and the Bank of Canada opted to keep interest rates on hold instead of cutting rates last week. The resulting USD/CAD slide has pressured the currency pair from its January multi-year highs above 1.4600 resistance down to the current four-month lows around 1.3200 support.</p> 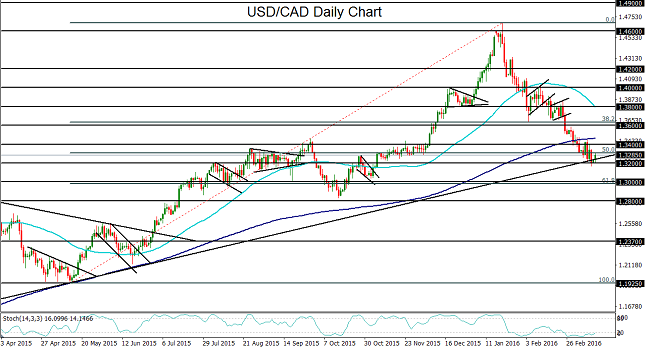