The company is expected to report Q2 earnings next week.

On Tuesday August 18th Walmart (WMT), the retail giant, is expected to post second quarter EPS of $1.25 compared to $1.27 a year ago on revenue of $135 billion vs $130.4 billion last year. The expected move based on front-month options is 5.3%, the last time the Co reported earnings the stock declined 2.1%. The stock has 46 buys, 10 holds and 2 sells according to a Bloomberg consensus.

Looking at the price action, Walmart has maintained an uptrend 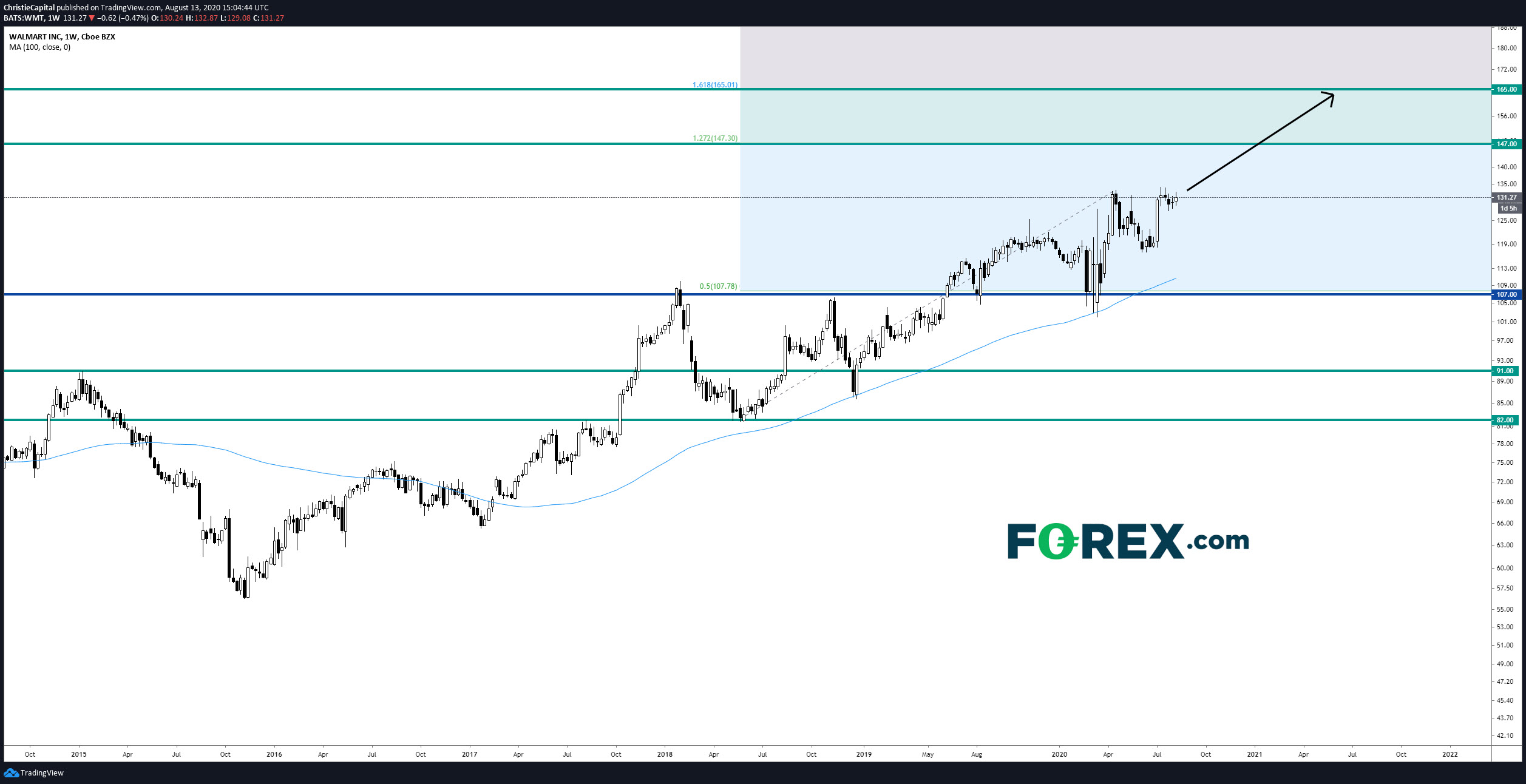