Crude oil prices bounced back immediately after the release of the weekly oil inventories data from the Energy Information Administration, earlier. 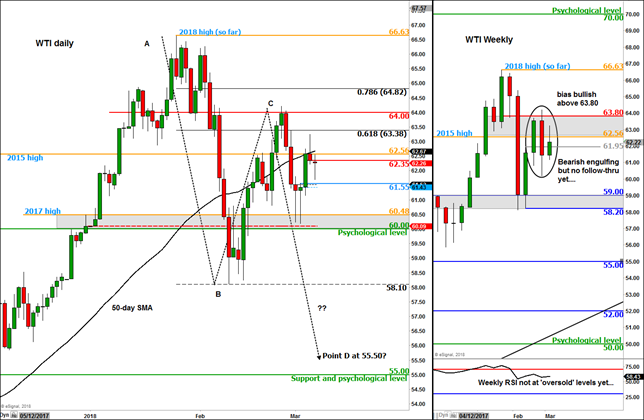