Oil prices slumped at the end of October due to the second wave of coronavirus. WTI Crude Oil futures (December) lost 14% from the top of October

Oil prices slumped at the end of October due to the second wave of coronavirus. WTI Crude Oil futures (December) lost 14% from the top of October. More and more European countries announced the lockdown plans to  limit the new inflections.

On the other hand, OPEC+ might delay its January output increase for extra three months, reported Bloomberg. Russia President Vladimir Putin also said he was open to a delay for the oil cut plan.

From a technical point of View, WTI Crude Oil Futures (January) broke below  the neckline and confirmed a round top pattern. Currently, it is still trading below both declining 20-day and 50-day moving averages. The relative strength index is also capped by a declining trend line. 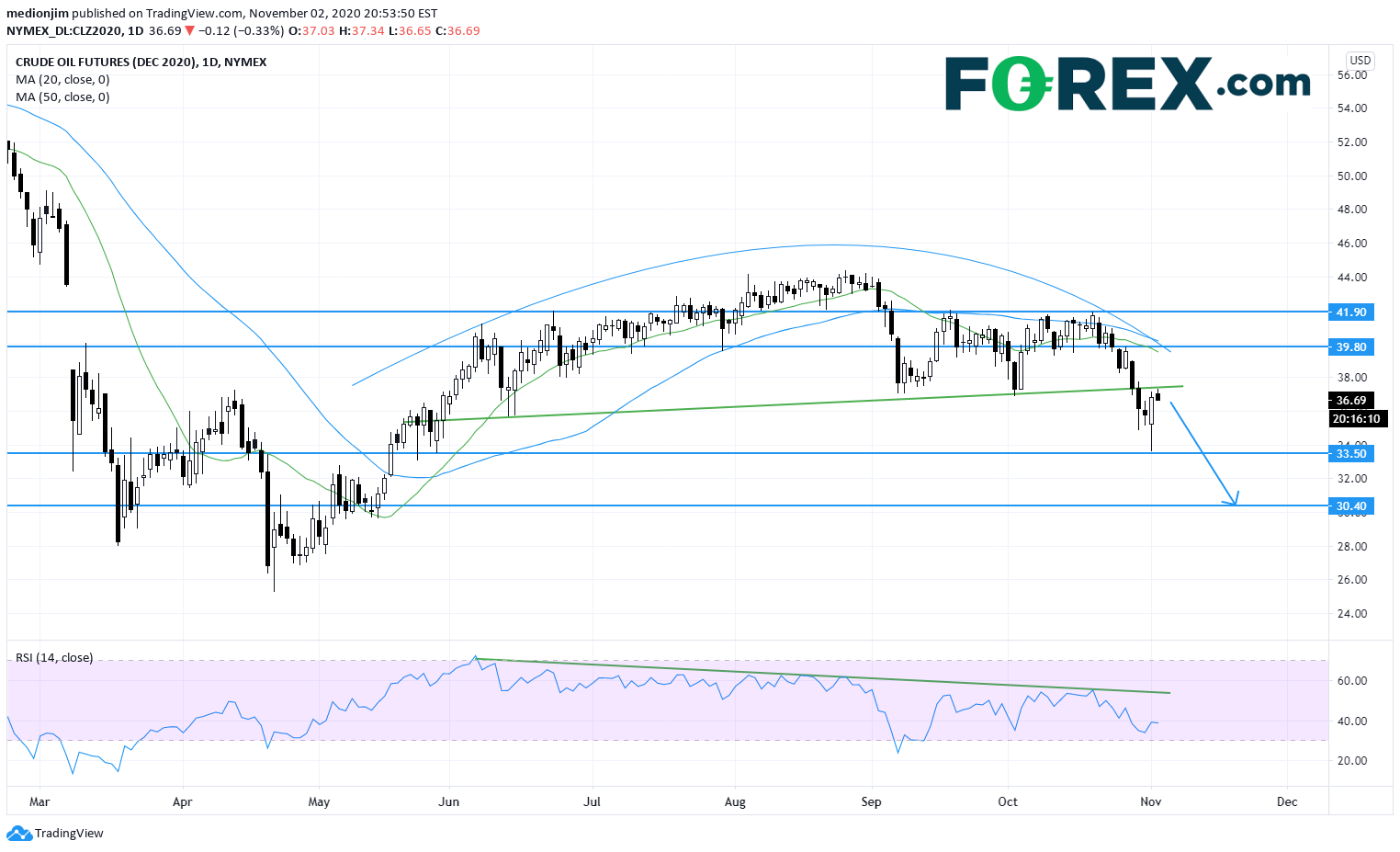