Today’s impressive price rally suggests the odds of another round of market-breaking sub-zero prices is increasingly unlikely...

As we noted in Friday’s weekly oil market preview report, this week’s physically-delivered oil futures contract expiration raised the specter of another round of below-zero prices for the world’s most important commodity. While traders can’t quite wave an “all clear” flag yet, today’s impressive price rally suggests the odds of another round of market-breaking sub-zero prices is increasingly unlikely.

From a fundamental viewpoint, the US recorded its first decline in oil inventories since January, and there is a push for OPEC+ not to boost output in the next phase of its agreement. At the same time, speculators and commercial entities have had a month to get additional storage infrastructure in place, potentially deterring a re-run of the negative price implosion that we saw last month.

Technically speaking, there is increasing evidence that West Texas Intermediate (WTI) crude oil has carved out a potentially significant bottom. Beyond the fact that prices reached levels that, frankly, most analysts considered impossible last month, the chart is now showing an “inverted head-and-shoulders” pattern over the last two months. For the uninitiated, this pattern shows a transition from a textbook downtrend (lower highs and lower lows) to an uptrend (higher highs and higher lows) and is often seen at significant bottoms in the market: 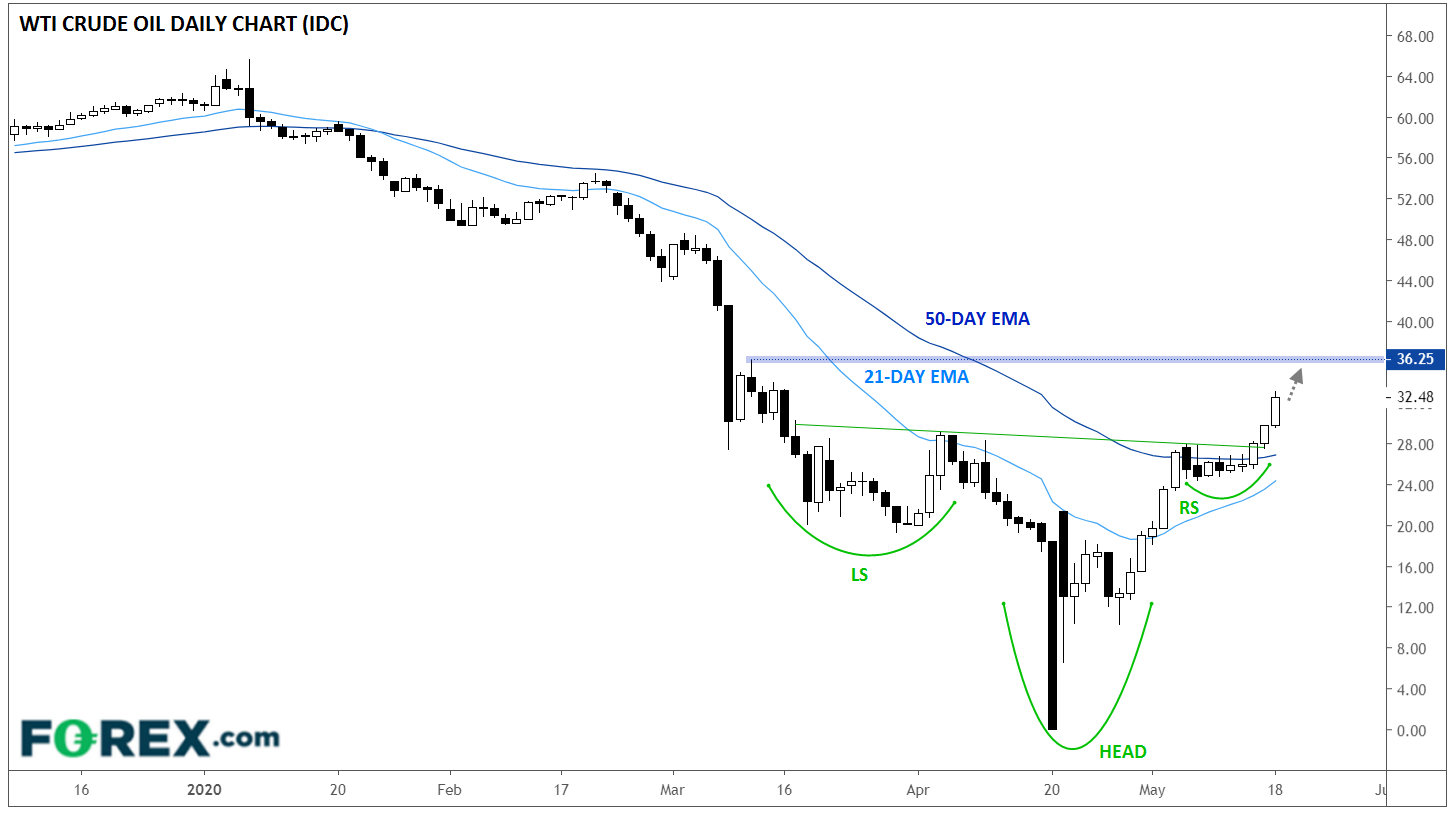 With prices already trading well above the pattern’s neckline, even before today’s big +9% rally, the medium-term technical outlook for oil is brightening. To the topside, the last nearby level of previous resistance comes from the minor high in early March near 36.25; a break above that level could pave the way for an extension back above $40.00 in time. That said, a break back below the 50-day EMA and neckline around $27.00 could still shift the near-term bias back to neutral.