Last week’s surge was driven by optimism around an immediate, coordinated supply cut, so if the perceived odds of such a move fall, oil could fall...

Global stock markets are rallying today on tentative signs that hotspots like Italy, Spain, and New York City may be turning the corner in their fight against COVID-19, but that optimism isn’t extending to the oil market. While the sharp contraction in demand for crude oil has played a role in the price collapse over the course of the year so far, the far bigger story is on the supply side of the equation.

In that vein, news that oil producers would meet to discuss supply cuts this week drove oil prices nearly 45% higher in the latter half of last week alone. However, news that summit will be delayed until Thursday, reportedly due to discord between Saudi Arabia and Russia as well as a lack of commitment from U.S. companies about output cuts, is driving oil prices down more than -6% so far today.

Like all commodities, there are mechanisms that drive the oil market toward equilibrium over longer timeframes. If the spigots remain open and prices remain low, higher-cost producers will eventually be driven out of business, reducing supply. Meanwhile, the low prices may also incentivize consumers and businesses to use more oil as the global economy recovers from the COVID-19 disruption, raising demand. That said, last week’s surge was driven by optimism around an immediate, coordinated supply cut, so if the perceived odds of such a move fall, oil could quickly retrace last week’s gains as traders bunker down for a longer period of a global supply glut.

From a technical perspective, West Texas Intermediate (WTI) oil has recovered to its 21-day exponential moving average for the first time since late February. The short-term trend remains definitively bearish at the moment, though a triple bullish divergence in the daily RSI indicator suggests that selling pressure has been receding on each of the last three lows, though bulls may want to wait for a successful retest in the low-$20s before growing more optimistic: 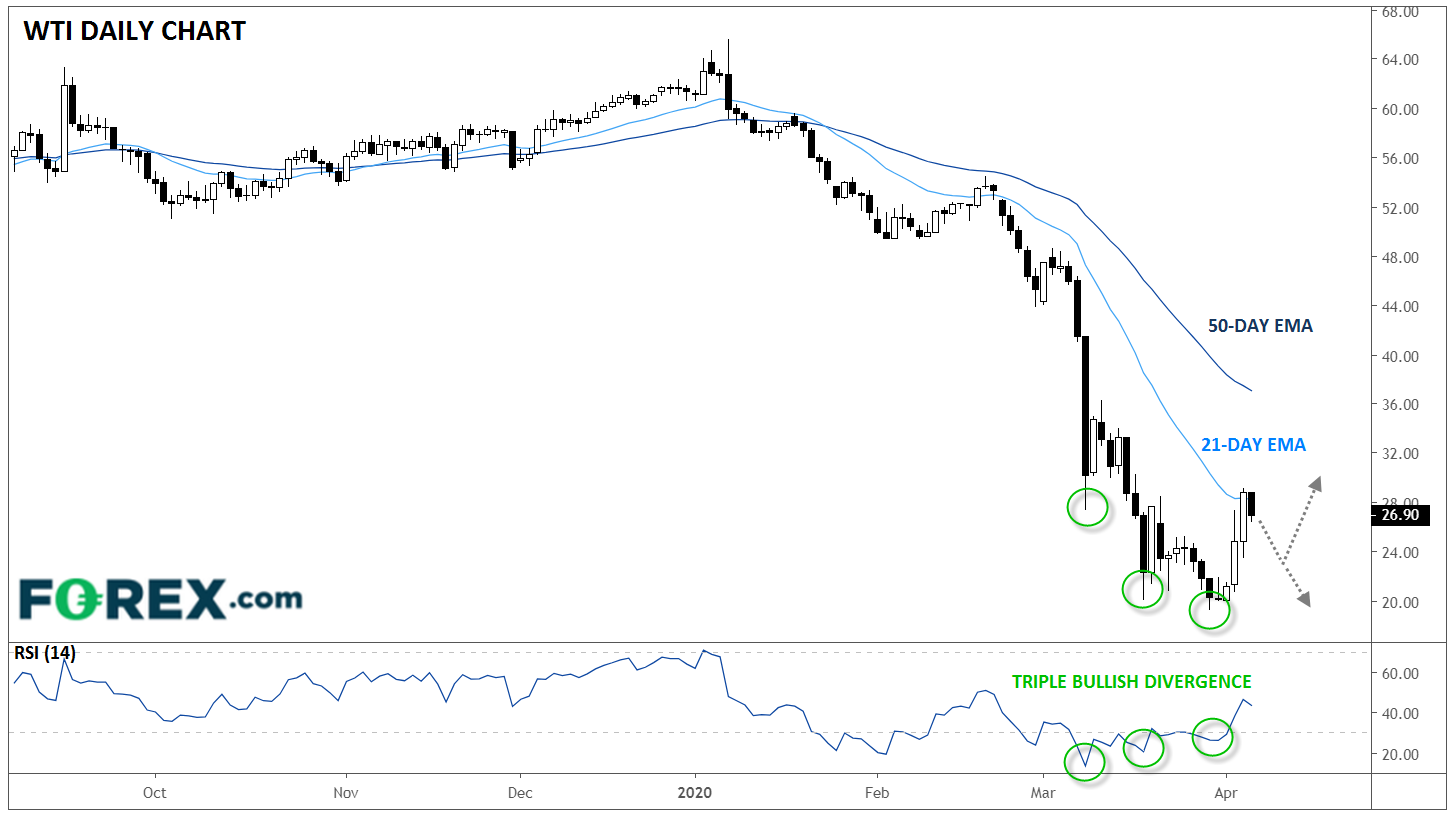 For now, the path of least resistance for oil remains lower until we get a comprehensive supply cut from major global producers.