West Texas Oil futures were up  2.40% today near $55.82 after the EIA (Energy Information Administration) reported a surprise draw in crude inventories last week.   The EIA reported a draw of -1.699M barrels vs a  2.232M expected, and 9.281M the prior week.  Crude has been getting battered lately due to fear of the less demand from the global slowdown and the China-US trade war.  In addition, yesterday’s API Weekly Crude Oil Stock showed a RISE of 4.45M barrels and OPEC said they would consider reducing production when they meet in December.

All the negative news lately made the perfect setting for a good old-fashioned short squeeze today.    A short squeeze occurs when the market is extremely bearish in a position and buyers come in and take out the stops from the shorts, thus “squeezing” price higher.  This seems to be what happened today.  After testing the lows of 50.50 five times since the beginning of June, WTI broke those a descending trending yesterday and closed above it just below horizontal resistance at 54.90. 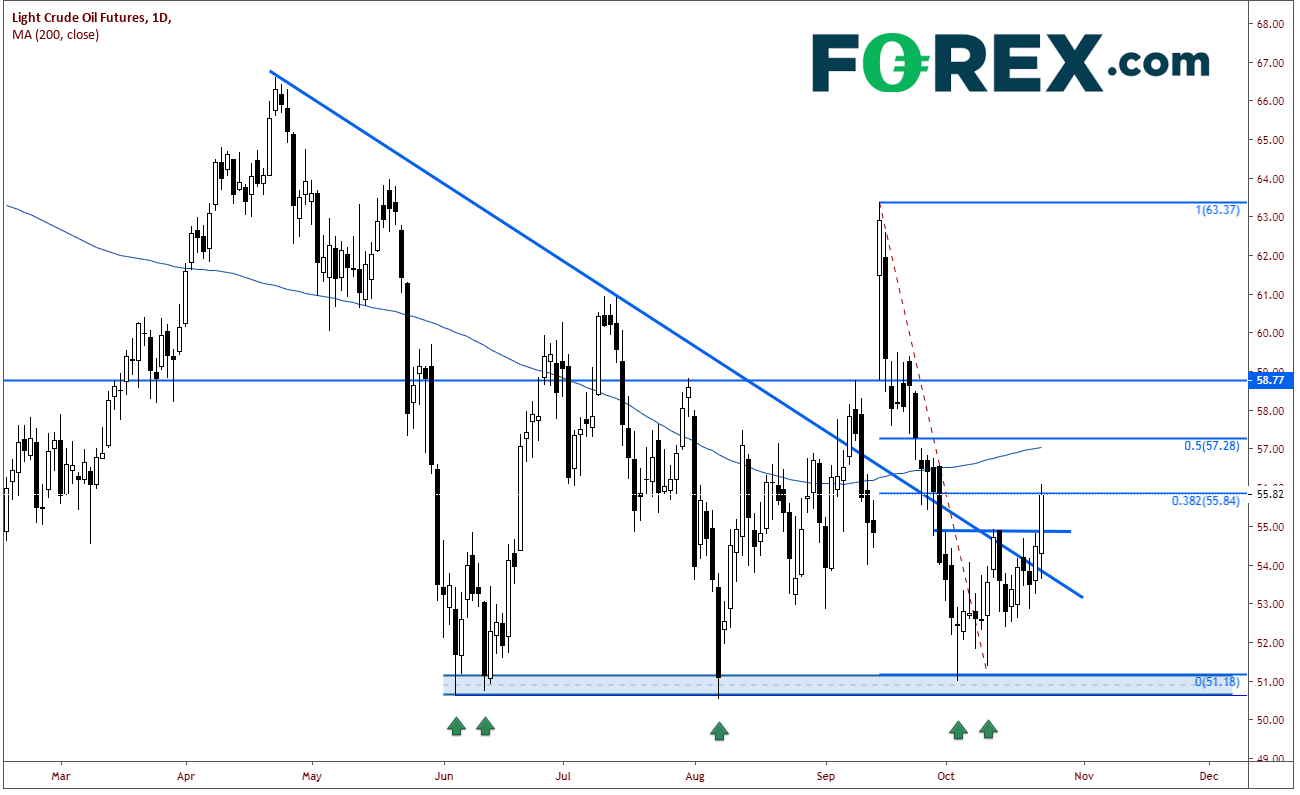 On a 30-minutes chart, we can see that WTI was retesting the broken trendline when the data was released.  The market moved swiftly higher and price broke through the 54.90 level.  From there is was a $1.00 squeeze higher as shorts got stopped out of the market.  Also notice that price halted near the 38.2% Fibonacci retracement level from the highs on September 16th (after the attack on Saudi Aramco) to the lows on October 3rd.  (see daily chart)  The RSI on the 30-minute chart is in overbought territory as well, implying a short-term pullback may be ahead. 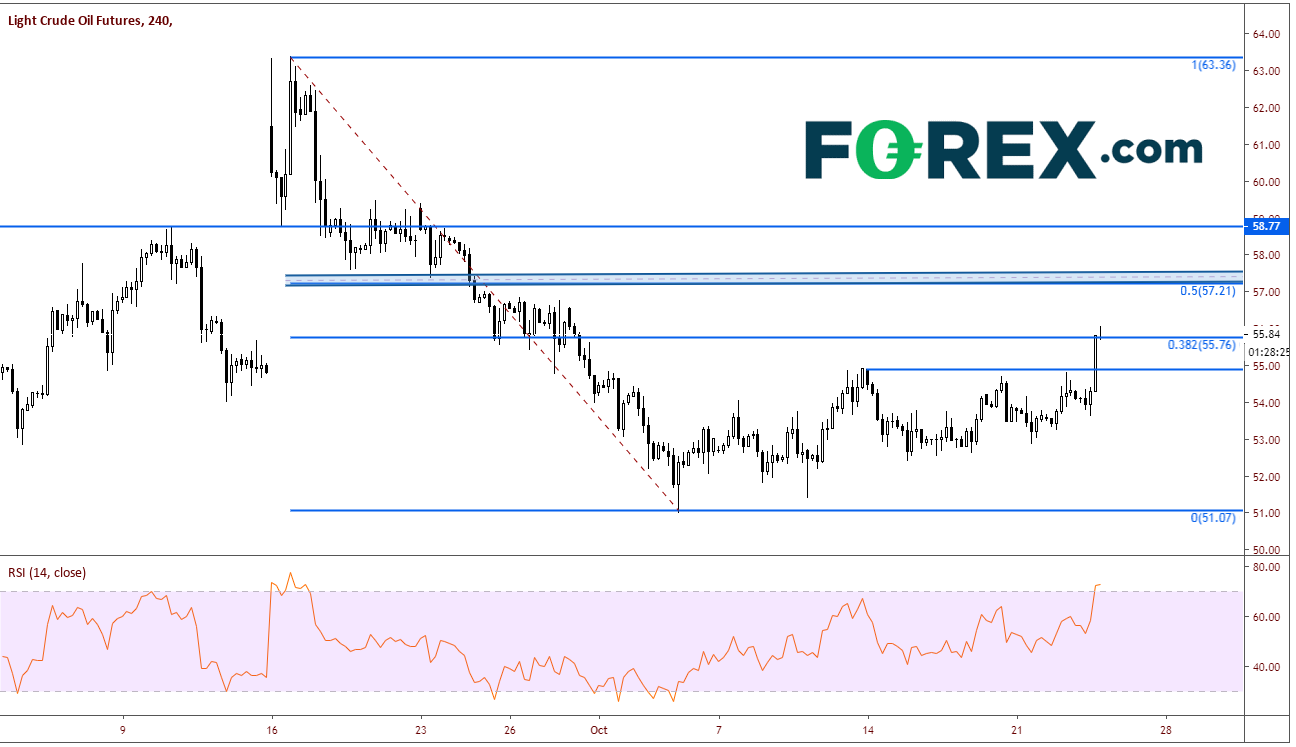