WTI Up Nearly 10% in December

Lest anyone have any doubts that the US-China trade deal may not be a big deal, they should look at the price of WTI over the last 2 months!  Only 3 weeks after the Saudi Aramco drone attacks, price put in a hammer low October 3rd near 51.00 and began trading in a rising channel.  Today price closed above the top of the channel near 61.00 (depending how the upper channel trendline is drawn, it may have closed right on the trendline).  And although not as widely followed as other Fibonacci levels, price is near the 78.6% Fibonacci retracement level from the September 16th highs to the October 3rd lows at 60.80. 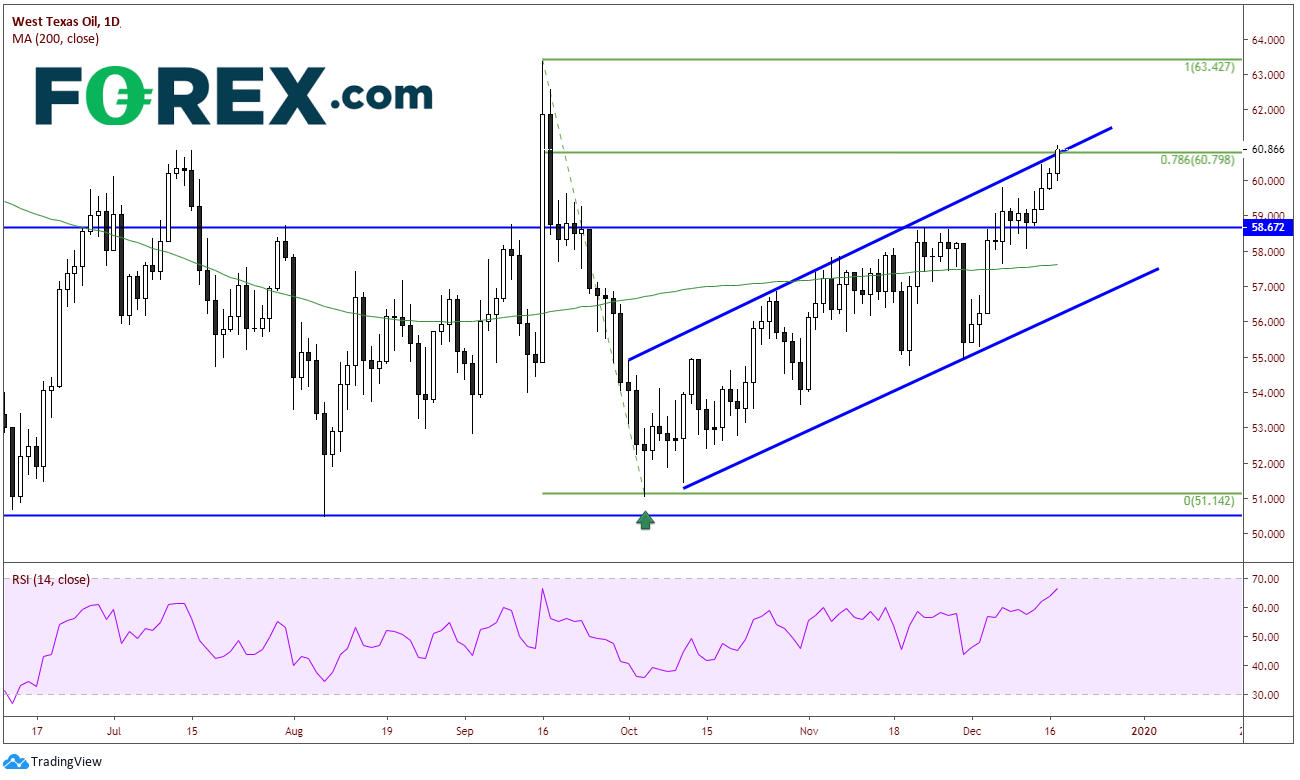 What’s even more impressive is the move since December 1st ,  in which the price of West Texas Oil has rallied 10%.   There is a combination of fundamental factors which have helped contribute to this move:

1)      The China outlook for oil,  as the US-China trade deal has finally been resolved

The vertical green line on the 240-minute timeframe shows price on Monday, December 2nd.  Price opened at 55.40, after putting in a low near 55.00 in the final bar on Friday, November 29th.  WTI has rallied to as high as 61.00 today and has yet to look back! 61.00 is the “Make It or Break It” level.  In addition to this being the rising channel trendline on the daily timeframe, price has also formed a rising wedge on the 240-minute chart.  In addition, the RSI is at overbought levels (however it is not diverging with price). 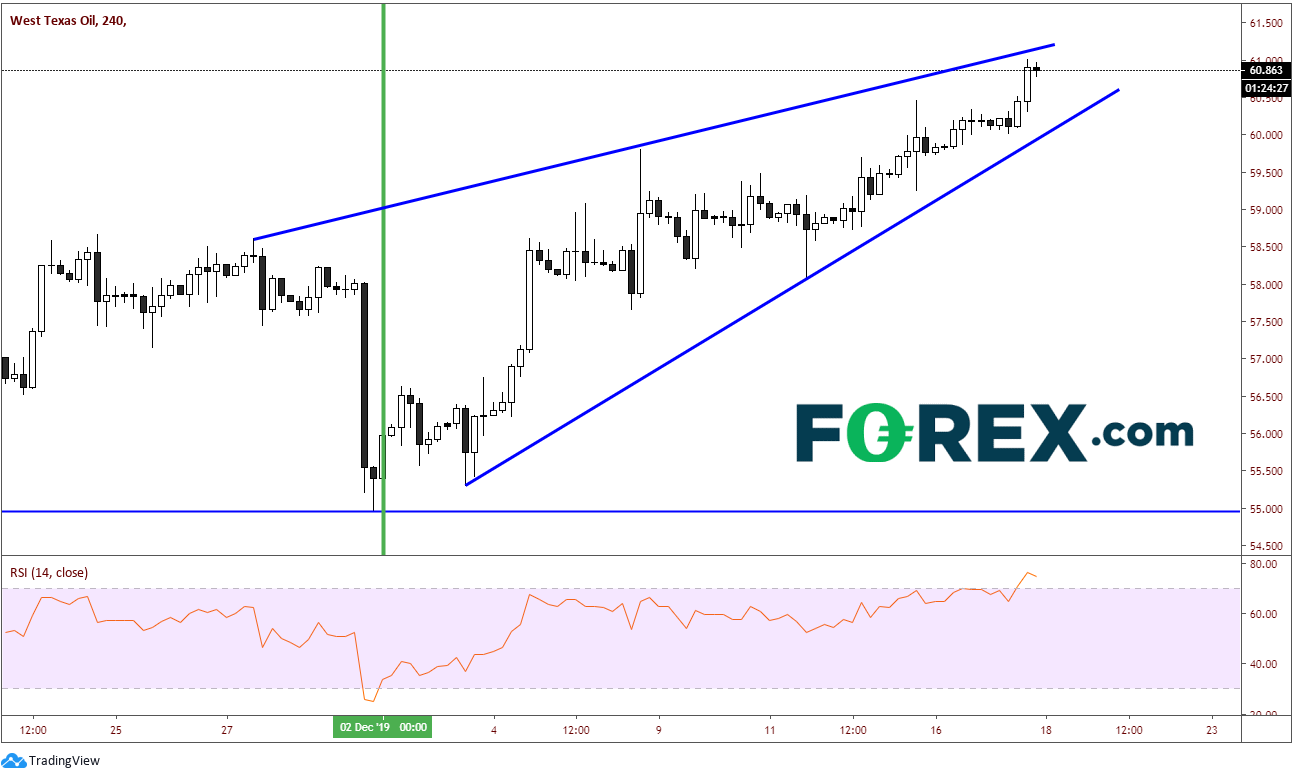 If WTI can close decisively above 61.00, there isn’t any resistance until the 63.73 level from the September 16th highs.  If price breaks lower out of the wedge, the target is a 100% retracement of the wedge, which would be back to 55.00.  However, it would have to get through lots of support levels to get there, the first of which is the bottom trendline of the wedge near 60.00.  Below that is horizontal support near 58.67 and the 200 Day Moving Average at 57.63 (see daily).  Not to mention that depending on where the high of the current move is, there will be Fibonacci retracement levels to watch as price pulls back.

At 4:30pm EST the API weekly Crude Oil Stock Change is released.  Tomorrow morning the EIA Crude Oil Stocks Change will be released.  This data tends to influence the price of crude in the short term.  Watch for volatility after the release of this data, especially in these thin, year-end markets.