Assets widely expected to be safe-haven ones weakened in price amid growing investor optimism, which leads to growing risk appetite...

Overnight U.S. stocks extended their winning streak to a fourth session with the Dow Jones Industrial Average surging over 2%.

Investors were encouraged by the Automatic Data Processing (ADP) employment report, which showed that the U.S. economy lost "only" 2.760 million private jobs in May, much better than -9.000 million expected and -19.557 million in April.

Assets widely expected to be safe-haven ones - including U.S. Treasuries, gold, the yen (and to some extent, the U.S. dollar) - have weakened in price amid growing investor optimism, which leads to growing risk appetite.


The yen is seeing its safe-haven appeal tarnish, as USD/JPY advanced 0.3% overnight, following a 1.0% jump Tuesday.

Also, the yen's selling pressure is expected to extend amid continued covering of USD/JPY short positions.

On an Intraday 30-minute Chart, USD/JPY has swung to the Upper Bollinger Band keeping the intraday bias as bullish. 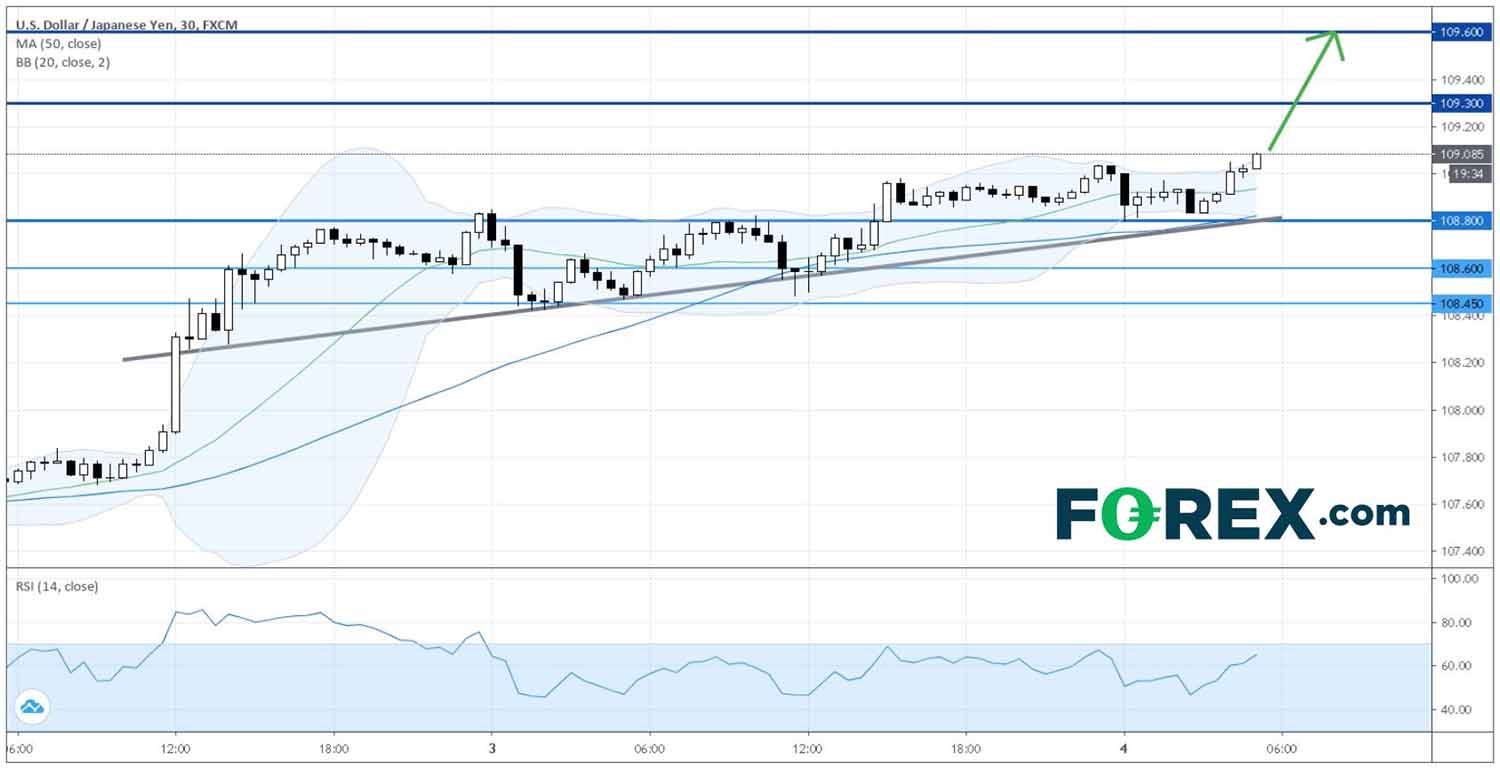 Bullish investors can set a Key Support at 108.80, which is around the ascending 50-period moving average and the Lower Bollinger Band.

Overhead Resistance is expected at 109.30 (161.80% Fibonacci extrapolation from the Key Support), which was last seen in early April.