RBA back in the same boat as the FOMC, despite higher inflation

Australia inflation increased to 0.8% QoQ in Q2 from 0.6% in Q1.  However, the continued persistence of the Delta variant in Australia remains a worry.  Although Melbourne has just come out of a 5 Day lockdown, Sydney remains in lockdown indefinitely.  Therefore, the RBA will be less concerned with inflation and more concerned with monetary stimulus.  The RBA meets next week and after decreasing the amount of weekly bond purchases from A$5 billion to A$4 billion at the previous meeting, the central bank may have to reverse course and actually begin buying once again to help support the economy.

On the same day the Australia released its CPI, the US FOMC met. (See our complete FOMC recap here).   Despite the Fed statement saying that progress has been made towards goals for tapering, the press conference told a completely different story.  Chairman Powell said that “we’re some ways away from substantial progress on jobs.”  He noted that they look at several metrics when looking at jobs data, but he also said that the 5.9% Unemployment Rate is too high. Hence, the asset purchase program will continue at the current pact of $120 billion per month for the foreseeable future. 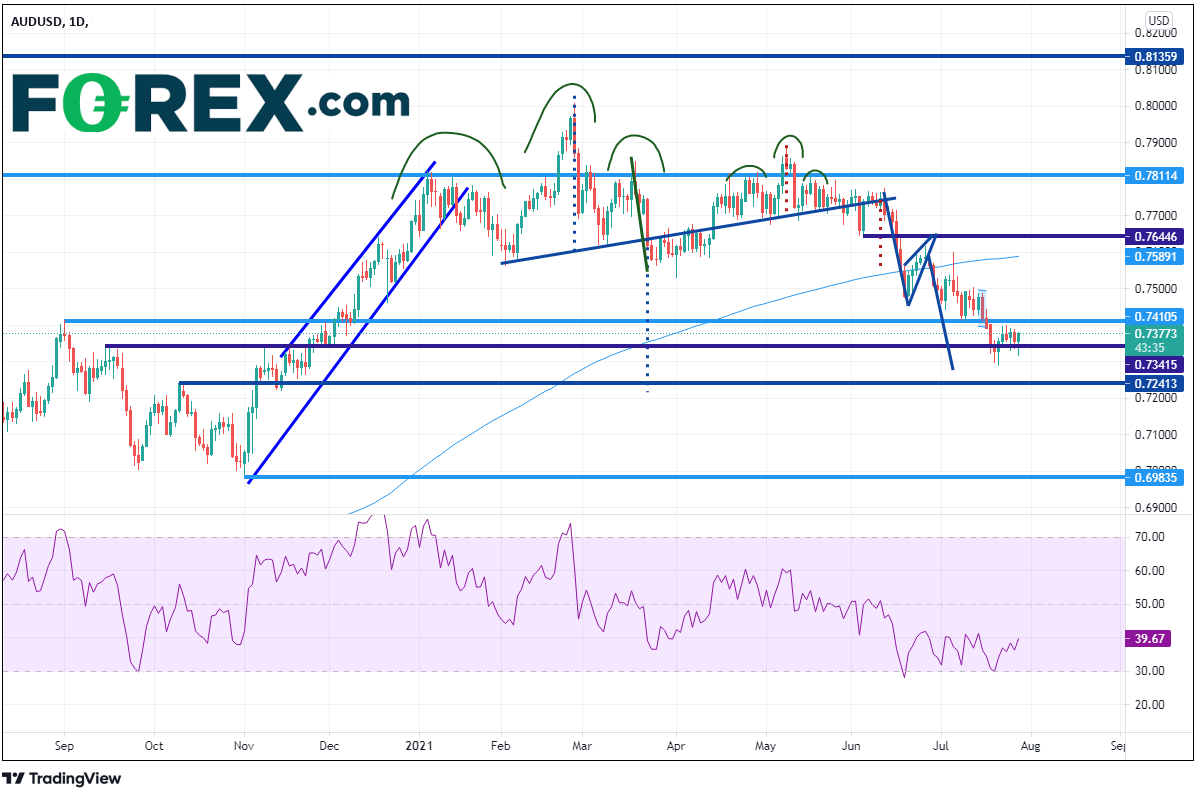 On a 240-minute timeframe, price is consolidating in a downward sloping channel as it tests the upper trendline, as well as the upper trendline of the consolidation triangle (red).  However, if price moves higher there is immediate horizontal resistance at 0.7409, ahead of the 200 Day Moving Average at 0.7589 (see daily).  Above there, horizontal resistance isn’t until 0.7645.  Support below is at the bottom trendline of the triangle near 0.7325, then the lows of July 21st at 0.7290.  Below there is horizontal support at 0.7240 (see daily). 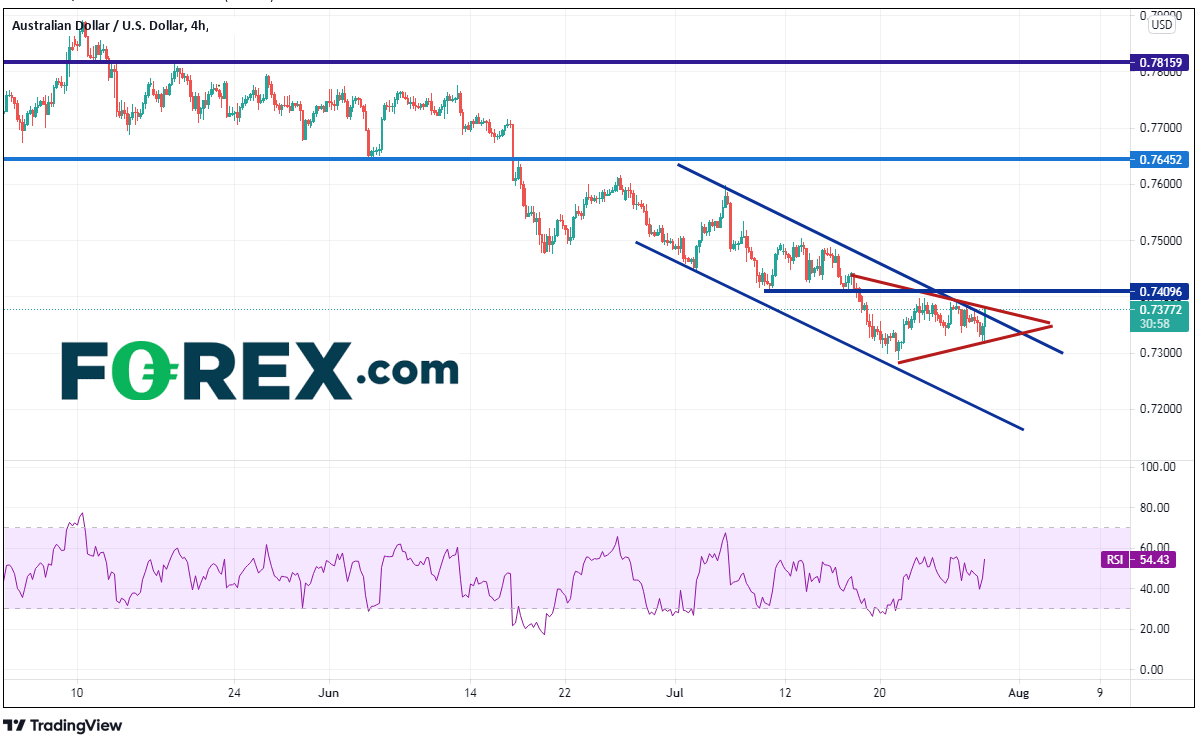 AUD/USD was moving lower as markets were hopeful that the US Fed would be hinting at tapering soon.  However, given today’s dovish press conference after the FOMC meeting and the possibility of new bond buying from the RBA, there’s a chance AUD/USD could reverse and move higher.