The day was January 15th, 2015.   I was sitting at my desk in the US, trading overnight during the London session for a large hedge fund.  It was a quiet session from what I recall, especially for EUR/CHF.  The pair was resting on 1.2000, where it hadn’t traded below for years prior.  The SNB had told the markets that 1.2000 was a floor for the pair, and that the central bank would buy Euros to support the market at that level. Therefore, once price traded to 1.2000, the only way for the pair was up.

What is market liquidity?

Suddenly, all my screens started flashing and the phones were ringing off the hook.  THE SNB HAD DROPPED THE EUR/CHF PEG! They pulled out the floor, and there were few bids below to stop the large, long positions that had built up at the 1.2000 level.  EUR/CHF dropped from 1.2000 down to 0.8xxx. No one knows for sure where the actual bottom was.  Different brokers have it marked at different levels.  Because FX isn’t traded on a centralized exchanged, each broker’s “bottom” was wherever someone was brave enough to step in and buy it.  For sake of argument, the low on Tradingview’s chart was 0.86228. EUR/CHF bounced to close the day near 0.9750, but the damage was done.  The losses piled up for traders, funds, and brokers, forcing some out of the business as they couldn’t cover margin calls. 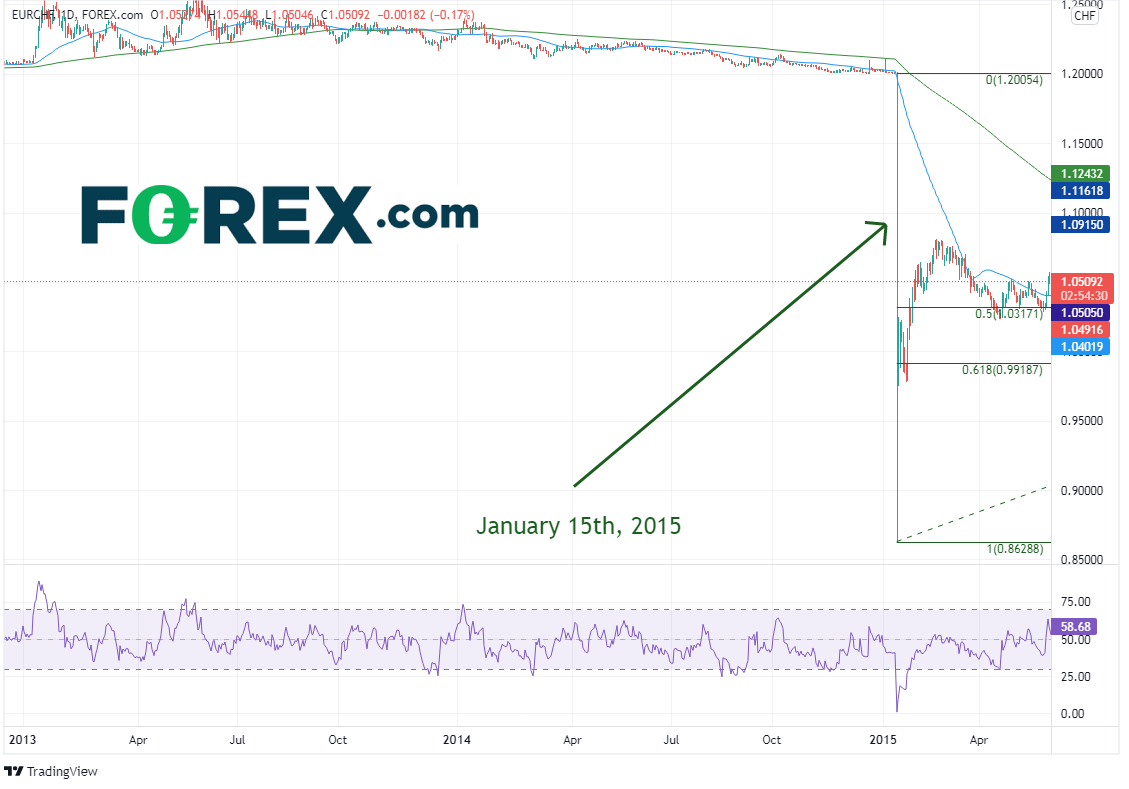 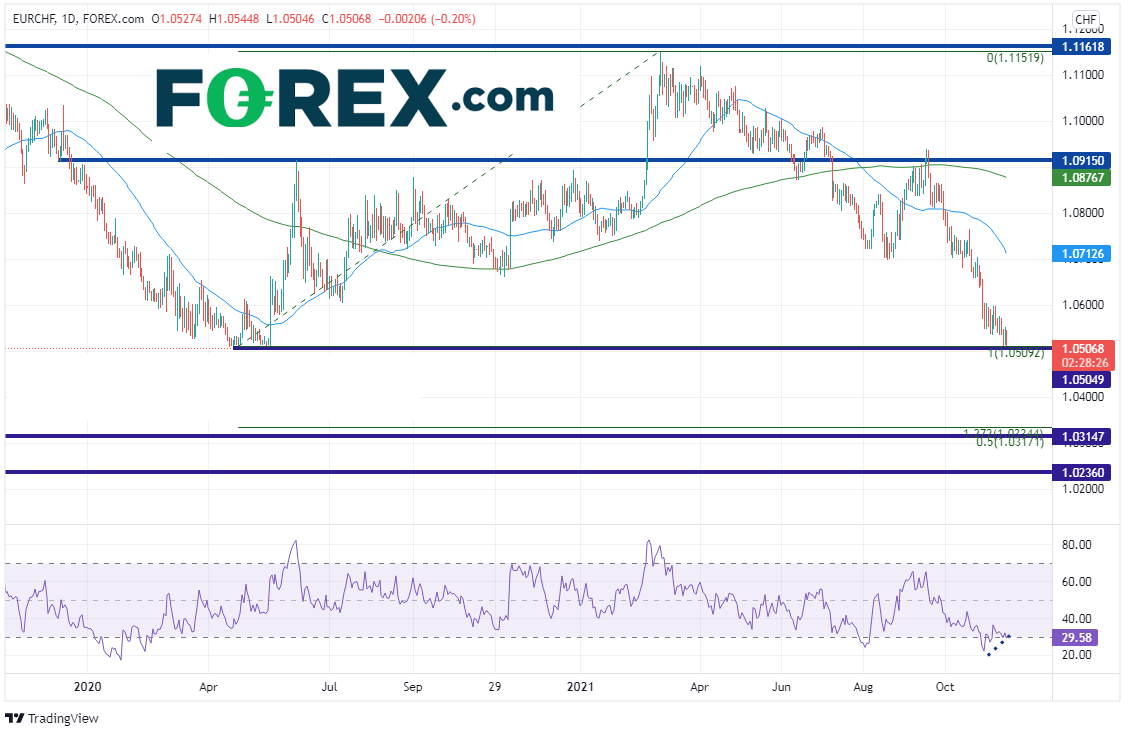 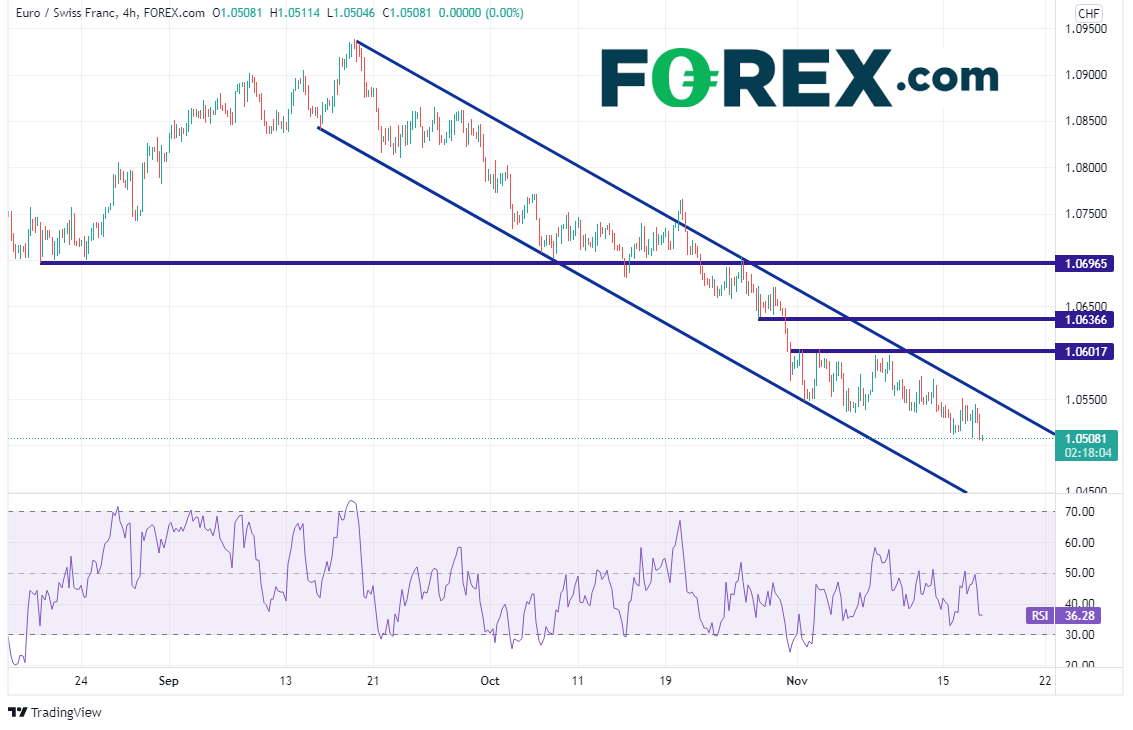 Its been a long time since that fateful day on January 15th, 2015 when EUR/CHF dropped nearly 1400 pips in a matter of seconds.  EUR/CHF looks like it may be ready for another drop to its lowest levels since June 2015.  However, this time, the drop probably won’t be as large nor fast.  But a possible 175 pip move down to 1.0334 is definitely something to be on the lookout for!