European Open: Silver’s rally has been strong, but a pullback could be due

It was a mixed session for equity markets overnight with indices for China rising over 2% and the ASX erasing most of Tuesday’s losses and up around 1.5%. Investors remain upbeat on China’s reopening despite the rise in Covid cases. Yet shares across Japan had some catching up to do on their first trading day of the year and were down around -1.4%. The fact remains that volumes remains well below their usual levels and directional movements appear fickle.

German consumer prices fell to 8.6% y/y from 10%, which likely marks peak inflation at 10.4% two months prior. The -1.4% percentage point drop of the annual rate was its most aggressive since 1992, and the m/m rate contracted for the first time in a year at -0.5% (which was is fastest contraction in two years). With producer and wholesale prices also tumbling, it’s looking like the worst is behind Germany which is great news for the EU overall.

France release inflation data at 07:45 but it is expected to tick higher to 6.4% y/y (6.2% previously whilst core inflation is forecast to rise to 7.2% y/y (7.1% previously). PMI data is also scheduled today for Sweden, France, Spain, Italy and Germany.

The US session presents the ISM manufacturing report at 15:00 GMT, which is expected to contract for a second month and at its fastest pace since May 2020. With equity markets remaining sensitive to recession concerns that it has the potential to weigh further on Wall Street should it come in worse than already expected. The FOMC December minutes are released at 19:00 GMT where traders will look for further clues of a lower terminal rate, which could be further supportive of gold prices if traders like what they find.

The Australian dollar is the strongest major on China’s recovery hopes, although US indices are yet to show any interest of tracking China’s market’s higher.

EUR/GBP fell to a 7-day in line with yesterday’s bias, thanks to the soft inflation report from Germany. Prices are retracing higher on the intraday timeframes but we would consider fresh bearish setups below 0.8843 for an anticipated move down to the 0.8760 area.

I do not expect this to be a popular view, given the excitement of the rally on metals in general in recent weeks. But no trend lasts for ever and we’ve not really seen much of a pullback on silver prices lately. Besides, silver has risen nearly 40% since the September low and fast approaching the upper trendline from a wide (slightly bearish) channel). 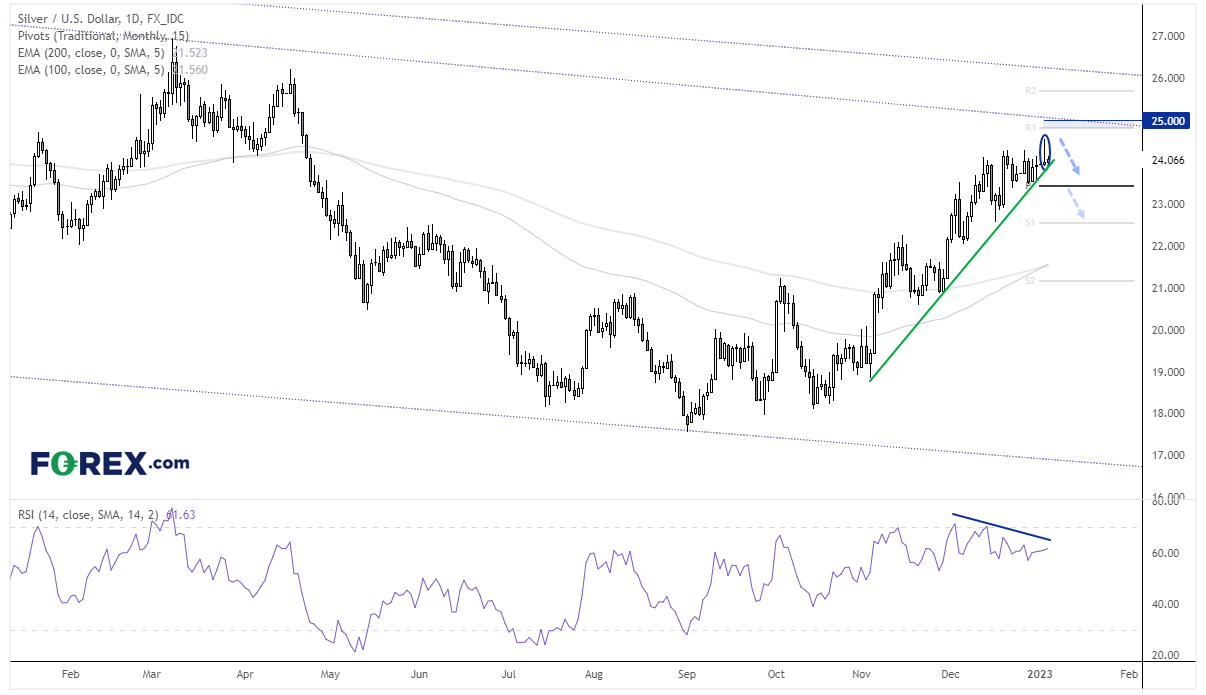 Prices are holding above trend support on the daily chart, but a bearish divergence has been forming with the RSI (14) as its rally has lost steam over the past couple of weeks. A bearish pinbar also suggests bulls are losing control, so we’re now waiting to either see momentum turn lower or provide a series of bearish reversal candles below $25.

The main issue with trying to pick turning points are it can leave one vulnerable to a series of false entries and/or giving up before the turn. Therefore, bears may want to use smaller positions with a wider stop, and fade into spikes below $25 before increasing exposure if momentum does finally turn lower. Alternatively, bears could wait for a break beneath the monthly pivot point to confirm a trend reversal on the daily chart. 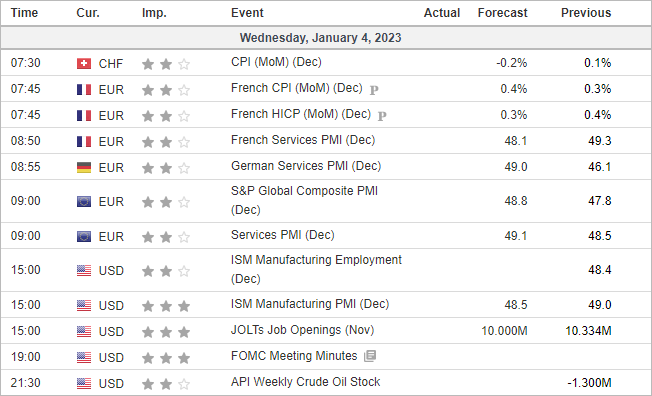