FTSE under pressure with covid in focus

The FTSE is seen consolidating after last week pushing above the upper band of the ascending channel which dates back to early November. So far, since the start of the new year the upside has broadly been capped by 6920, whilst the downside is being held by 6800.

The FTSE is currently trading at 6860, approximately mid-way between this horizontal channel as it tests support of the upper band of the ascending channel. Should it slip below then a retest of 6800 could be on the cards. Acceptance below here could see the 50 sma on the 4 hour chart at 6675 come into play. 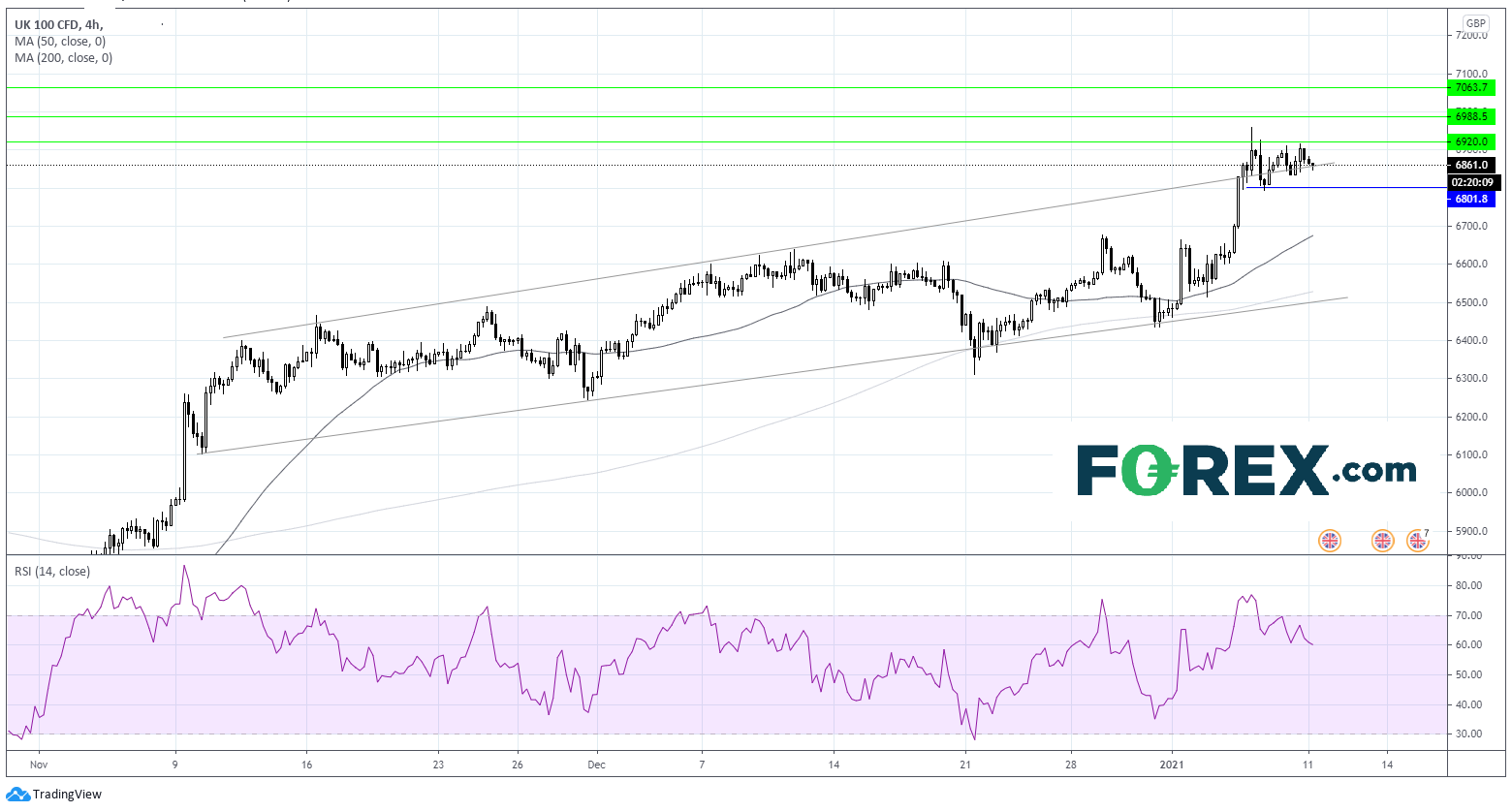 The Gold price failed to maintain a move higher above the descending channel which has been in place since early August, indicating weakness in the p rice above $1900.

The precious metal has managed to move back above the 200 sma at 1836. This is remains the key level to watch on the downside before another test of the daily low and the psychological support at $1800. A move toward the November low at $1765 looks unlikely for now.

Should the 200 sma hold a move back towards the 50 sma at $1868 could be on the cards before Gold makes another attempt to move above the upper band of the descending channel at $1895. 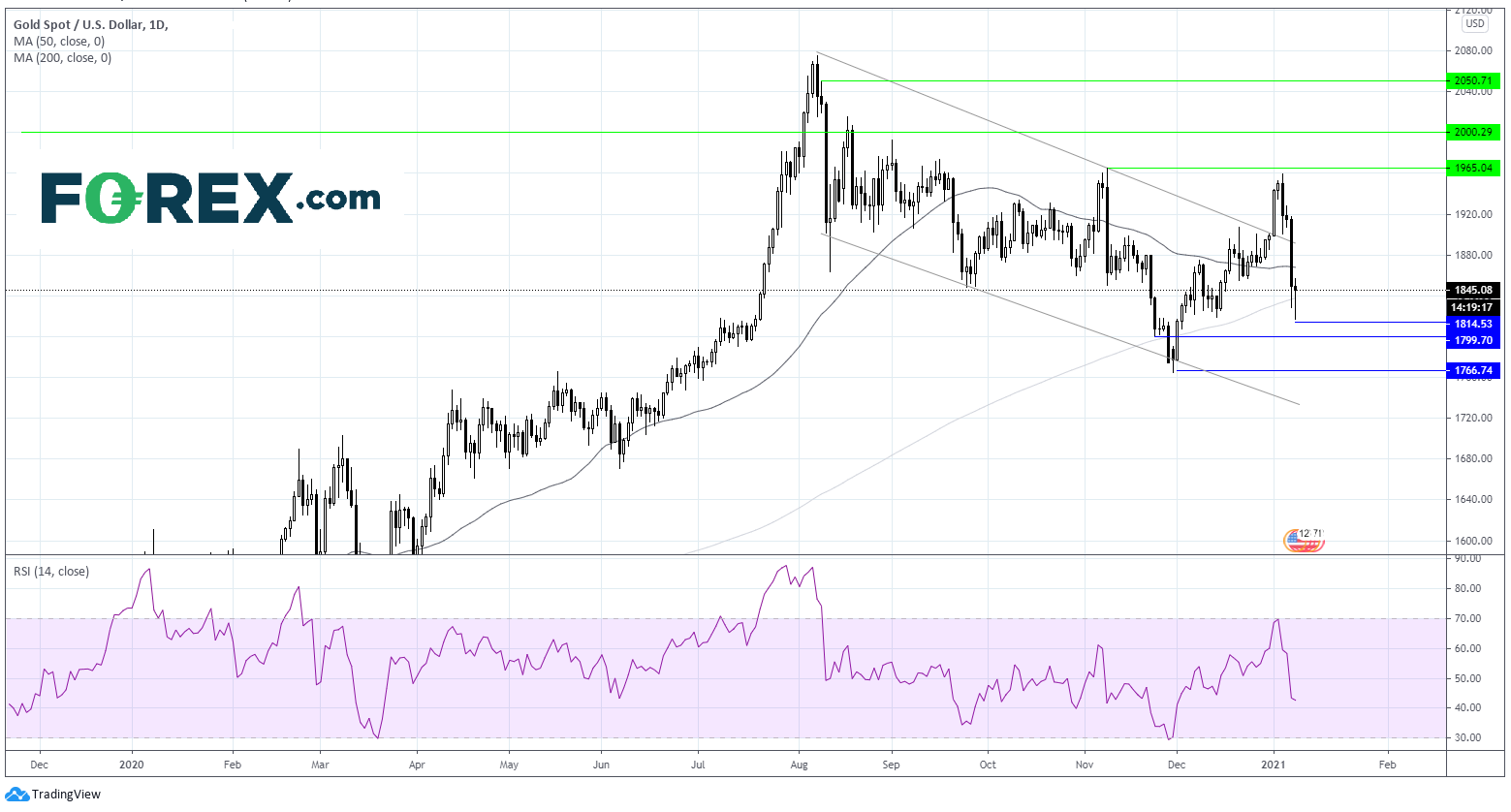