Will the BoE cut rates?

By :
Fiona Cincotta
,  Market Analyst
When:

The BoE will give its first monetary policy decision of the year and of the decade on Thursday. This will also be the last rate decision prior to Brexit and the last meeting with Mark Carney at the helm. So, will the BoE use this moment for a big announcement, or will they opt to stay in wait and see mode?

Swap markets are currently pricing in a 50 /50 chance of a rate cut, this has come down from 70% at the beginning of last week, making it one of the closest interest rate decisions that we have seen in recent years.

Data has been mixed, which explains the toss up chances of a rate cut. Weak inflation and retail sales data have since been followed by upbeat PMI’s, business confidence, house price data and the strongest employment figures since 1970.
Since the December election the political landscape has improved, expectations are for a bounce in the data following the decisive Conservative win. This bounce has been seen in some data points but not all. Given that Brexit uncertainty remains the bounce could be short lived

There is a very good chance that business and consumer optimism could start falling again as the reality of UK – EU trade negotiations hit. The UK & EU have a very short time frame within which to complete complex negotiations. The chances of success are questionable. A hard Brexit is firmly back on the table as an option, which as we saw in 2019, could drag heavily on the economy. Business investment is unlikely to pick up with uncertainty still high.

Of the 9 policy makers, 2 voted to cut interest rates in the previous meeting. Since then Silvana Tenreyo and Jan Vlieghe have both hinted that they could adopt a more dovish stance and vote in favour of easing. Mark Carney has also had some dovish moments this year, although more recently he sounded optimistic on the improved political landscape. Mark Carney could go either way. The remaining 4 we know little about their position currently, although they are not expected to vote to cut rates yet.

As a rate cut is only 50% priced in, a move to ease policy could see the pound drop sharply.

EUR/GBP has trade in a tight range on Wednesday, indicating that traders are cautious ahead of tomorrow announcement. The pair is currently flat on the day. It has just slipped through its 50 sma on 4 hour chart and remains firmly below 100 & 200 sma. The 50 sma is now acing as immediate resistance. A break back above the 50 sma could open the door to 0.8497 (22nd Jan high) prior to 0.8553 (high 20th Jan). 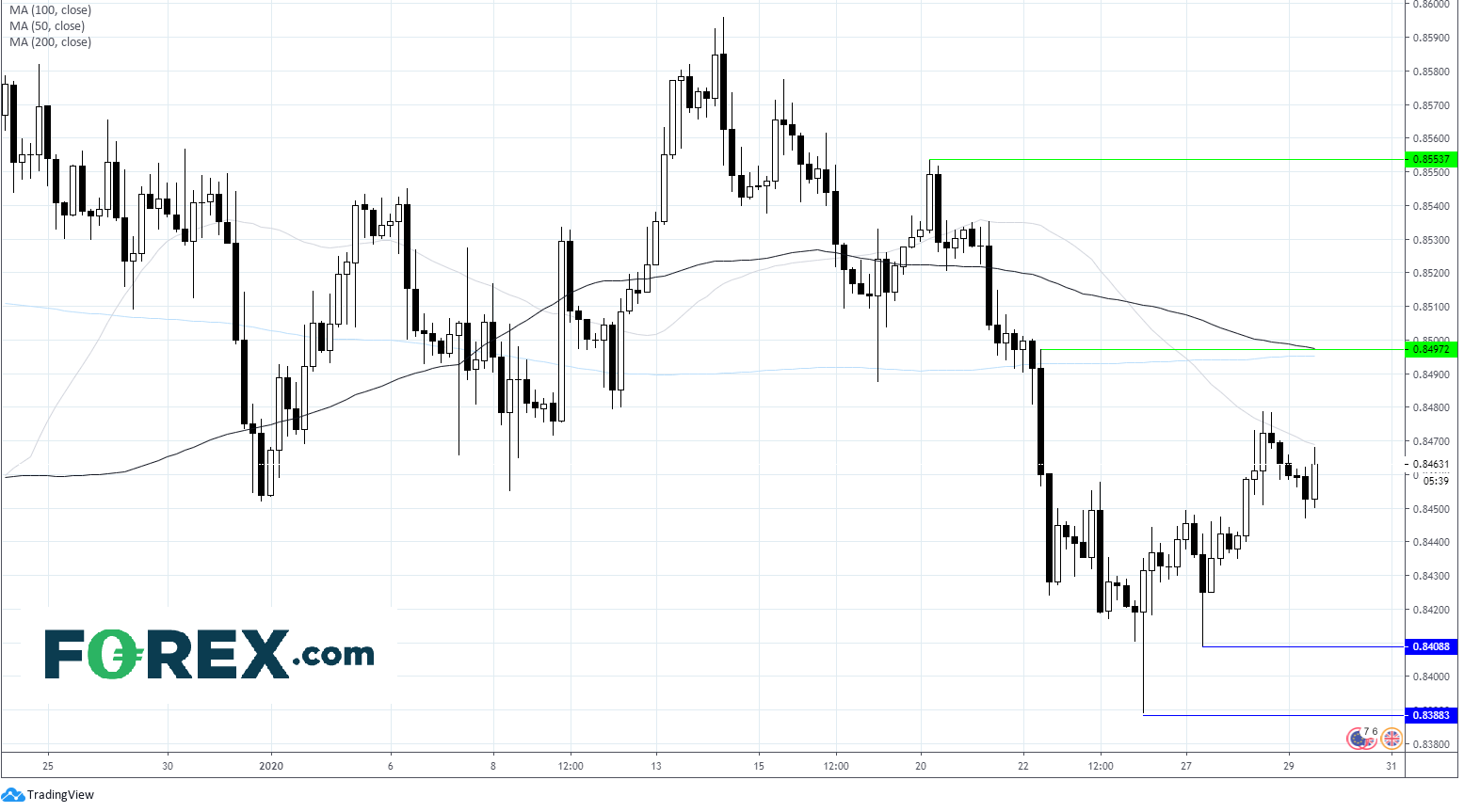