Finally, let's examine some of the most popular commodity trading strategies – including how trend, range and breakout strategies work with commodities, plus commodity fundamentals and spread trading.

Trends work in commodities just like they do in other markets, arising when an energy or metal is constantly reaching higher highs or falling to lower lows.

Traders who want to take advantage of such market movements will use a trend-following commodity strategy. The goal is to profit from the body of a trend and exit the market before or shortly after the movement reverses.

Popular technical analysis tools for trend following include moving averages, MACD and on-balance volume. All these indicators are designed to monitor a market's momentum and identify changes that might provide entry and exit levels. 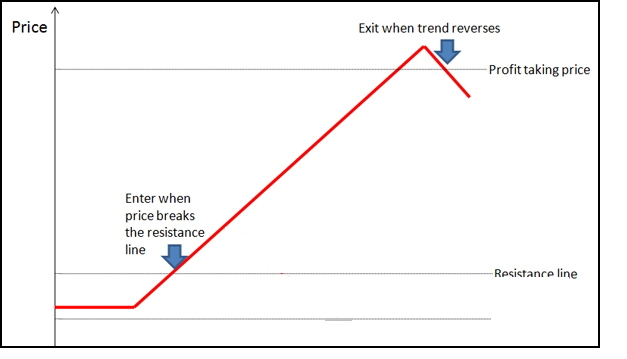 It's important to remember that a trend won't last indefinitely – especially as commodity markets are so volatile – so you'll need a strict methodology for when you'll exit the trade and means of protecting yourself from risk, such as stop losses.

Range trading strategies seek to take advantage of a commodity that is currently in a period of consolidation – rather than reaching new highs or lows, this market remains within support and resistance lines. 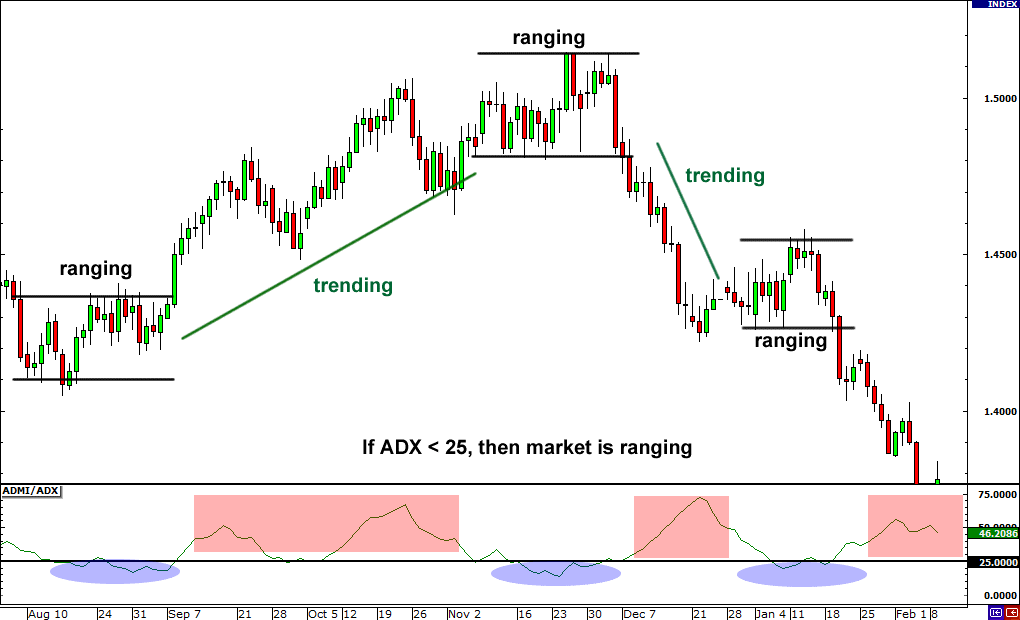 The key to a successful range trading strategy is to be able to identify when a commodity is in overbought or oversold territory.

Popular range trading indicators include the Commodity Channel Index (CCI), the relative strength index, stochastics and the momentum indicator. These indicators can be used to confirm overbought and oversold signals, which are likely to provide an idea of support and resistance areas.

It's important to remember that a market can remain in overbought and oversold territories for long periods of time, so you should use other technical indicators and fundamental analysis to confirm any moves.

Breakout trading is a common strategy to take advantage of shorter-term commodity movements. It involves entering a position just before the market moves substantially higher or lower. Unlike a trend following strategy, you'd only be looking to trade the initial market movement, rather than the body of a trend.

The danger of breakout trading commodities is false breakouts ('fakeouts'). Commodities are notoriously volatile, which means support and resistance levels can sometimes be breached without a sustained move following it. False breakouts occur when the buying or selling pressure becomes exhausted quickly, and so the market reverses just as quickly as it broke out.

You can also build a commodity strategy around fundamentals – looking at the external factors that influence commodity markets, rather than just technical patterns and trading volume. Examples would include crop cycles, weather, mine exploration funding and barriers to transportation of commodities.

Let's take weather as a base for a strategy.

Typically, demand for commodities such as oil and gas rise in the winter months when people are staying in and need to heat their homes – this trend can cause prices to rise in the winter months. At the same time, supply of oil and gas declines in winter as the ground freezes and extraction becomes more difficult – also contributing to rising prices.

So, you could plan a trading strategy that takes advantage of seasonal changes in demand and supply.

However, commodity prices tend to become more volatile when weather is more extreme, as it becomes more difficult to assess trends. For example, thanks to climate change there have been spikes in temperature in the colder months that have led to less demand for heating.

A commodity spread strategy involves the simultaneous buying of one commodity, and sale of the same commodity or a similar market. The general aim is to take advantage of any discrepancies in the market prices.

Broadly speaking, there are two types of commodity spreads: