Asian indices closed slightly on the upside except the Australian ASX. The Reserve Bank of Australia held its rates unchanged, as expected. Data released earlier today showed that China's Caixin Manufacturing PMI rose to 53.1 in August (52.5 expected), the highest level since January 2011.

WTI Crude Oil futures are rebounding. Abu Dhabi, the biggest oil producer in the United Arab Emirates, said it will reduce exports in that month by 30% below contracted amounts for buyers with long-term agreements. Later today, American Petroleum Institute (API) would release the change of U.S. oil stockpile data for August 28.

Gold is well oriented, trading at two-week high, while the US dollar declines on low rates outlook. 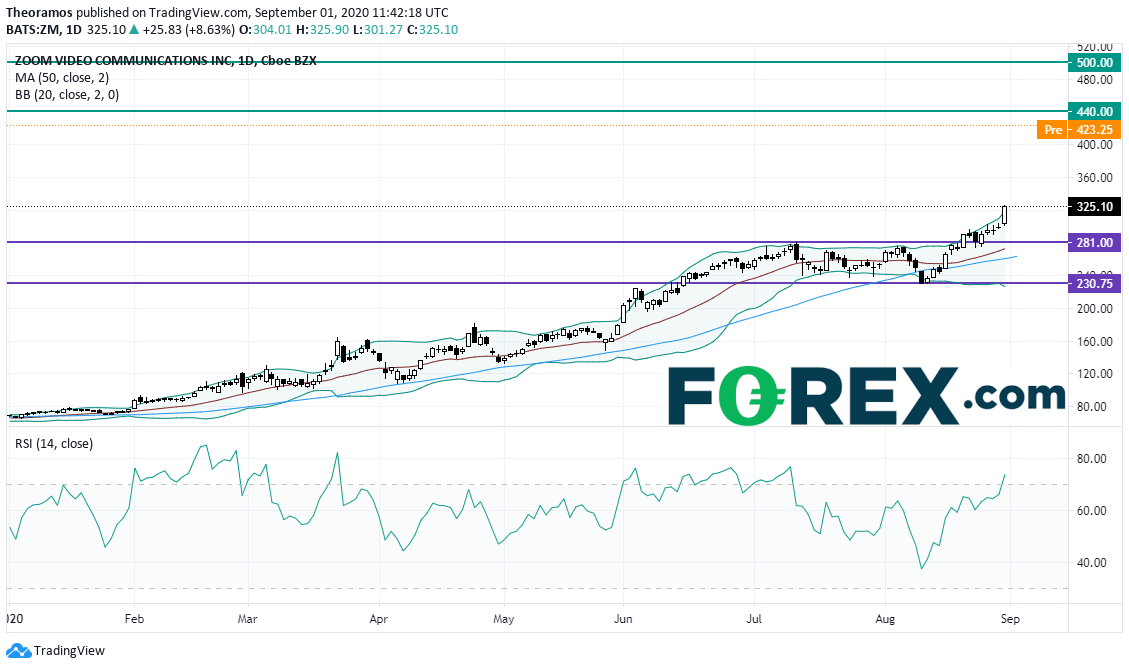 Apple (AAPL): according to Bloomberg, the tech giant would ship 75 million 5G IPhones for late year.

QUALCOMM (QCOM), a maker of digital wireless communications equipment, is gaining ground before hours as the stock was upgraded to "equal weight" from "underweight" at Wells Fargo.