The S&P 500 Futures are under pressure after U.S. President Donald Trump has announced he was tested positive for COVID-19

The S&P 500 Futures are under pressure after U.S. President Donald Trump has announced he was tested positive for COVID-19. Separately, House Speaker Nancy Pelosi and Treasury Secretary Steven Mnuchin failed again to reach an agreement on a coronavirus stimulus package. Meanwhile, the House passed a 2.2-trillion-dollar Democratic coronavirus stimulus plan, which is unlikely to pass through the Republican-held Senate.

Later today, the U.S. Labor Department will report the closely-watched September Jobs Report (a lower addition of +872,000 Nonfarm Payrolls, a lower Jobless Rate of 8.2% expected). Also in the U.S., the University of Michigan's Consumer Sentiment Index for the September (final reading) is expected to rise to 79.0. Factory Orders for August are expected to increase 0.9% on month and Durable Goods Orders (August final reading) are expected to rise 0.4% on month.

European indices are on the downside. In Europe, September Consumer Price Index was released at +0.1%, as expected, vs -0.4% in August. The last phase of Brexit talks should end today. Boris Johnson and EU Commission President Von Der Leyen will hold talk on next steps tomorrow.

Both China and Hong Kong markets remained closed for a holiday. In Japan, the Tokyo Stock Exchange resumed stock trading which was halted for a whole day yesterday due to a technical glitch and closed in the red. Official data showed that Australia's Retail Sales dropped 4.0% in August (-4.2% expected, -3.2% in July).

Gold remains firm above 1900 dollars while the U.S dollar jumps as Trump tests positive to COVID-19.


Walmart (WMT), the retailer, agreed to sell a majority stake in its UK retail business Asda to a consortium led by TDR Capital for an enterprise value of 6.8 billion pounds. 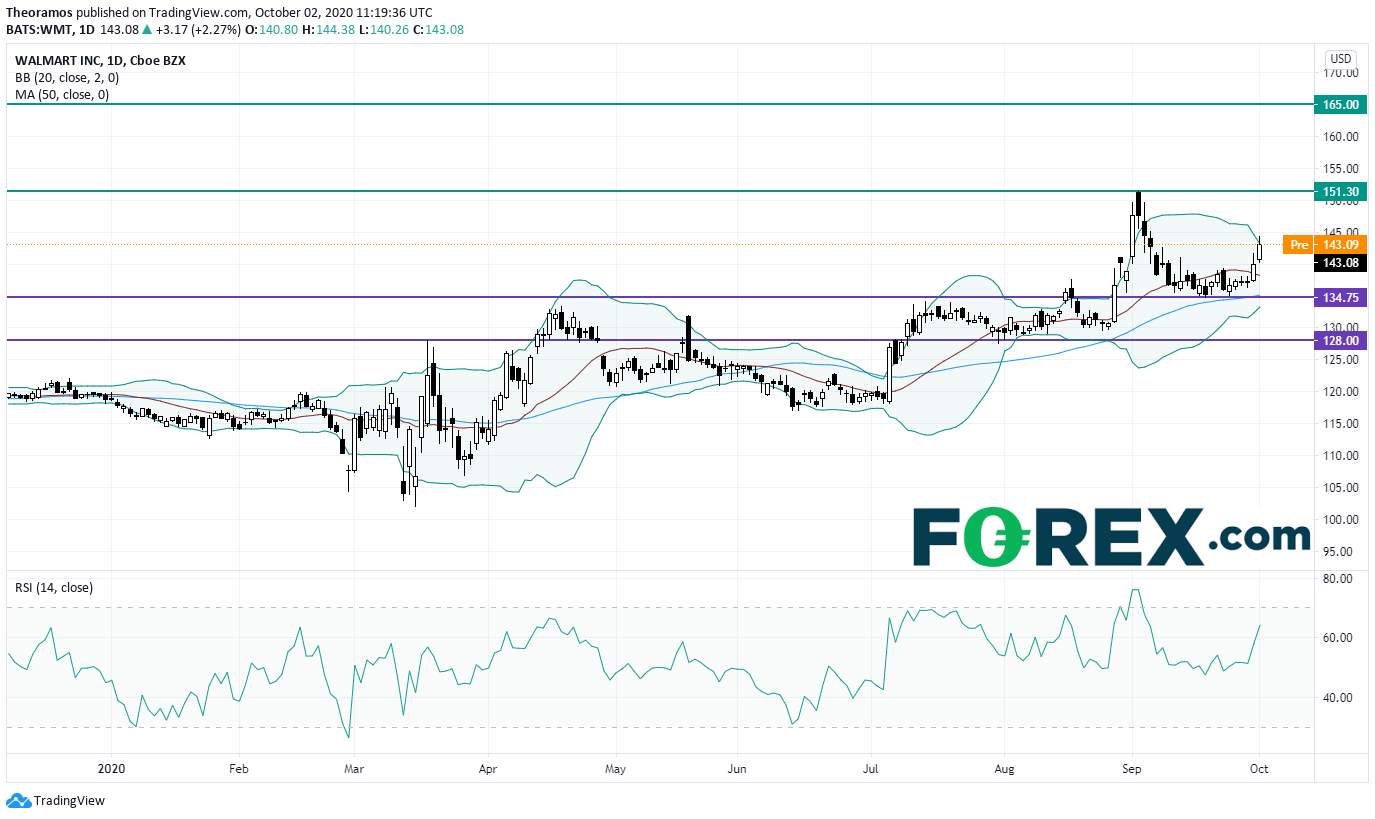