The S&P 500 Futures are losing ground before jobless claims report.  Yesterday, US indices closed in the green as market sentiment was held up by news on Covid-19 vaccine development and lawmakers working towards concluding a new economic relief package.

European indices are back in the red after a positive open in a volatile session. June German Factory Orders were released at +27.9%, much better than +10.1% expected. In the U.K., the BoE has kept its interest rates and Quantitative Easing at GBP 745 billion unchanged, as expected.

Asian indices closed in dispersed order as the Japanese Nikkei and the Hong Kong HSI ended in the red whereas the Australian ASX and the Chinese CSI closed on the upside.

Bausch Health (BHC), the pharma company, is soaring before hours after the Wall Street Journal reported that the company plans to spin off its eye-care business. 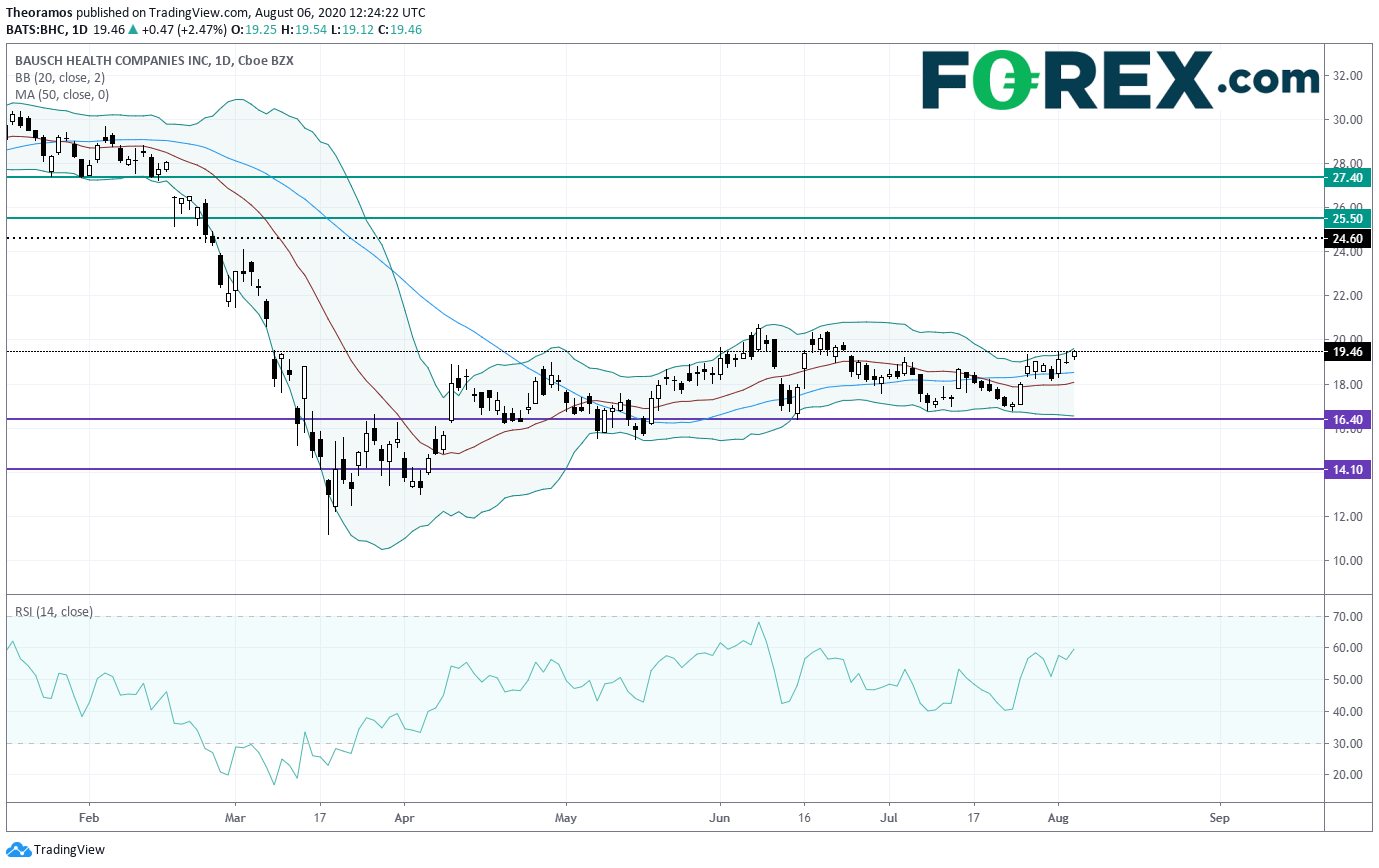 Metlife (MET), a global insurance firm, reported second quarter adjusted EPS down to 0.83 dollar, below estimates, vs 1.46 dollar a year ago, on adjusted revenue of 758 million dollars, missing expectations, compared to 1.4 billion dollars a year earlier.

AIG (AIG), the insurer, was upgraded to "buy" from "neutral" at BofA Securities.

Western Digital (WDC), a developer of data storage solutions, reported fourth quarter adjusted EPS of 1.23 dollar on revenue of 4.29 billion dollars, below estimates. The company expects first quarter sales between 3.7 and 3.9 billion dollars and adjusted EPS between 0.45 and 0.65 dollar, below current consensus.