The S&P 500 Futures are posting a rebound after they ended in negative territory yesterday. U.S President Donald Trump announced he was halting negotiations with lawmakers on an economic stimulus bill, adding: "Immediately after I win, we will pass a major Stimulus Bill that focuses on hardworking Americans and Small Business." Thereafter, the market erased earlier gains and took a nosedive about an hour before the close.

European indices are consolidating. The German Federal Statistical Office has posted August industrial production at -0.2% (vs +1.5% on month expected).

Asian indices closed on the upside except the Japanese Nikkei which ended slightly in the red. 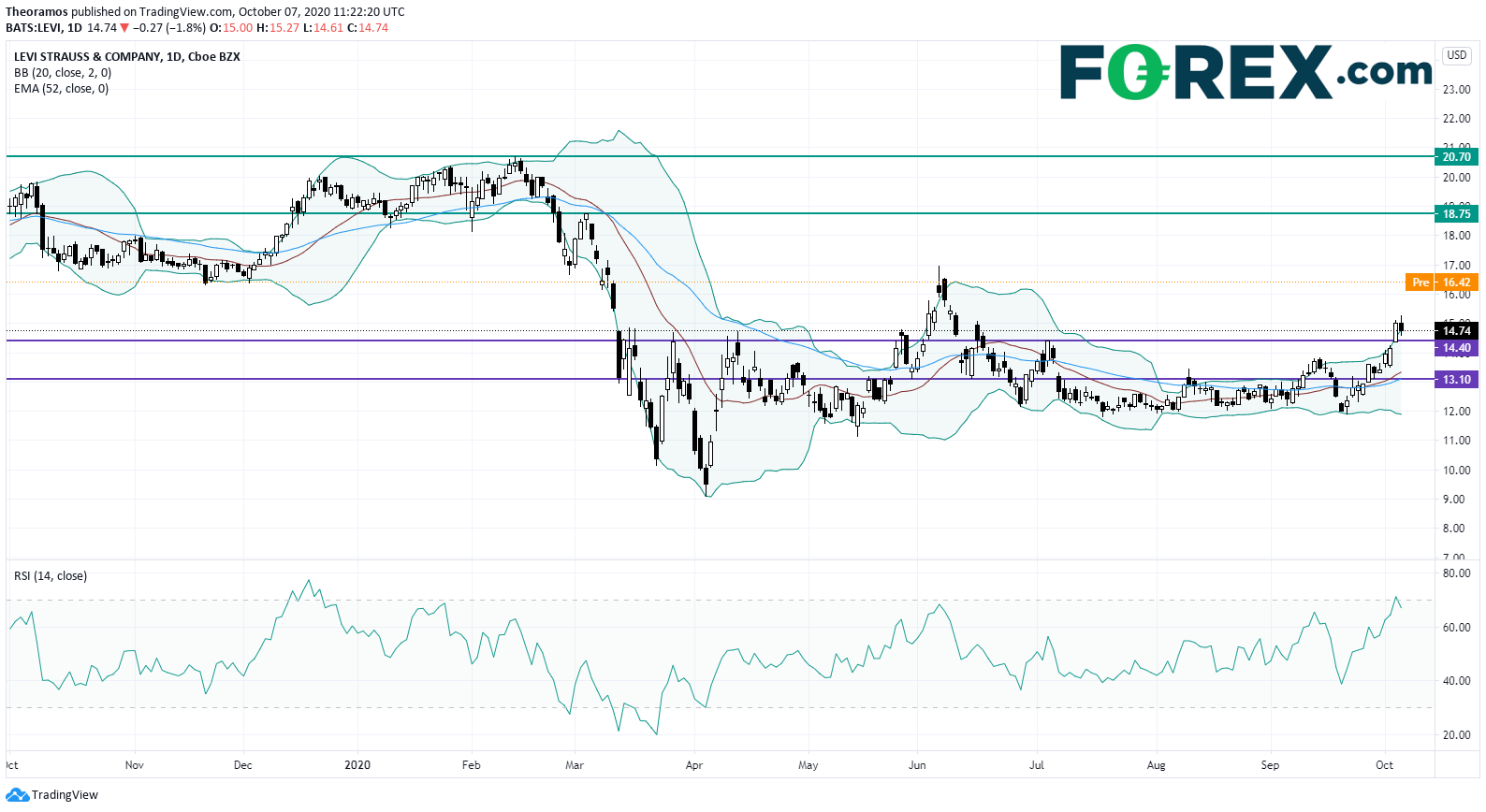 Tesla (TSLA), the electric-vehicle maker, is in talks with mining company BHP on a nickel-supply deal, according to Bloomberg.

United Airlines (UAL) was upgraded to "overweight" from "neutral" at JPMorgan.

Gap (GPS), an apparel retailer, was upgraded to "overweight" from "underweight" at Barclays.