The S&P 500 Futures are rebounding after they ended in negative territory yesterday. Investors were concerned after Senate Republican leader Mitch McConnell said there was no progress on talks for a Covid-19 relief package.

Gold slightly recovers after yesterday's sell off on US fiscal stimulus uncertainties;

The US dollar consolidates after bouncing yesterday on rising US-China tensions.


Tesla (TSLA), the electric-vehicle maker, is surging before hours after announcing a 5 for 1 stock split in order to make stock ownership more accessible to employees and investors. 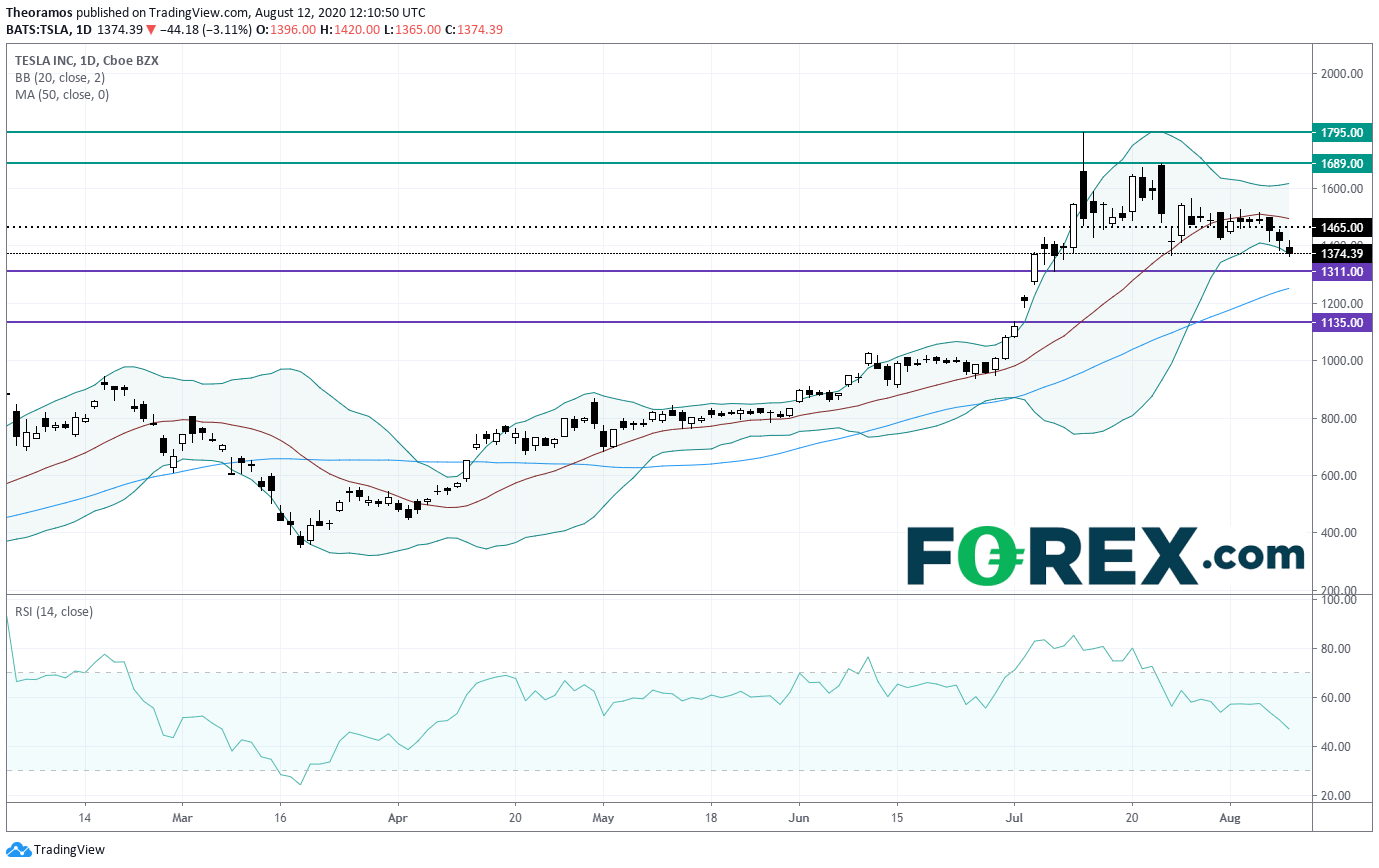