The S&P 500 Futures remains in consolidation mode after they paused their recent rally yesterday. Market sentiment was dampened by news reports that Johnson & Johnson (JNJ -2.60%) and Eli Lilly (LLY -2.85%) were halting trials on their Covid-19 treatments.

Later today, September PPI (+0.2% on year expected) will be released.

European indices are navigating choppy waters. The European Commission has reported August industrial production at +0.7% (vs +0.8% on month expected).

WTI Crude Oil futures are under pressure. China's crude oil imports increased 2.1% on month to 48.48 million tons in September, according to the General Administration of Customs. International Energy Agency (IEA) predicted that global oil consumption would return to pre-crisis levels in 2023, assumed that Covid-19 is brought under control in 2020. Later today, American Petroleum Institute (API) would release the change of U.S. oil stockpile data for October 9.

Gold gains ground while the U.S dollar consolidates on economic worries and uncertainty around the U.S presidential election. 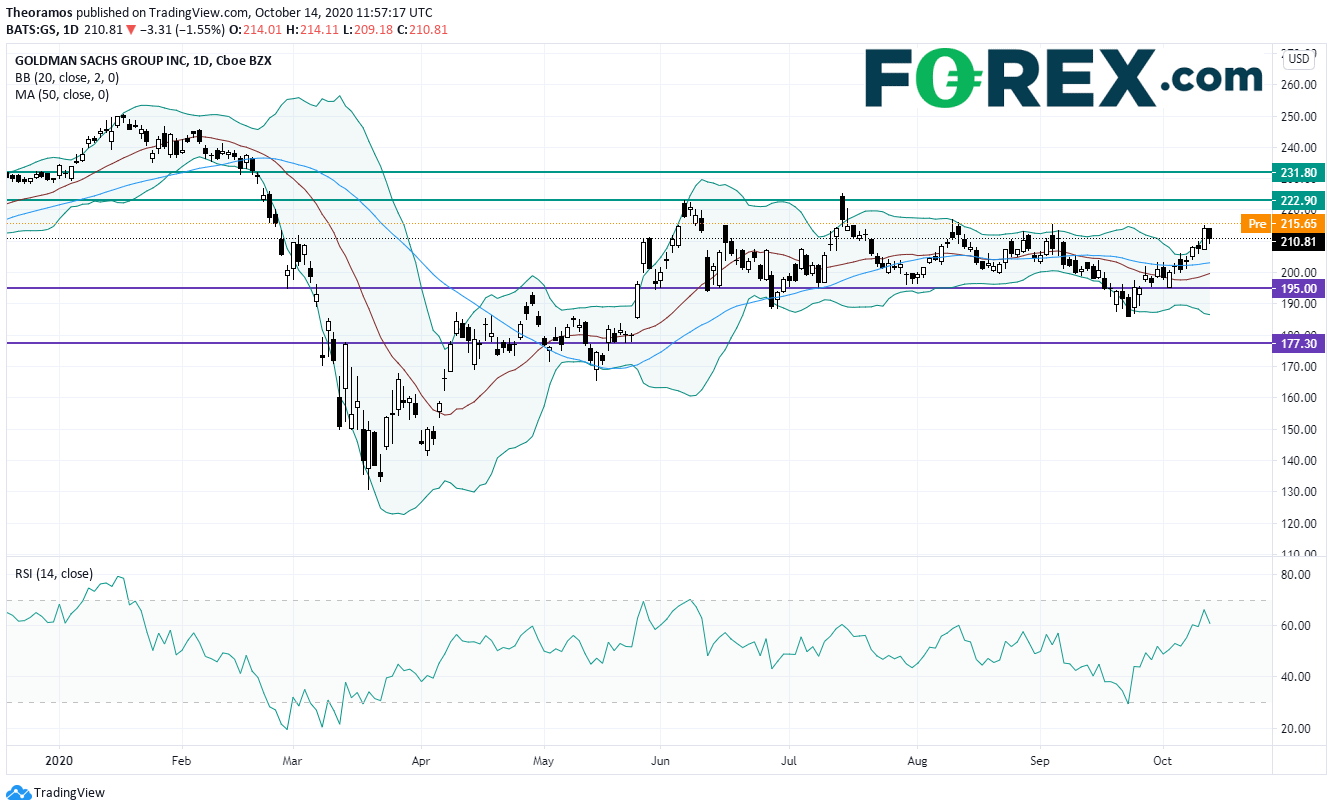 
Bank of America (BAC) is losing ground before hours after reporting third adjusted sales up 3.8% to 3.34 billion dollars, below estimates. Revenue net of interest expenses fell 11% to 20.3 billion dollars.

UnitedHealth Group (UNH), a private health insurance provider, reported third quarter adjusted EPS down to 3.51 dollars from 3.88 dollars a year earlier, on sales up 7.9% to 65.12 billion dollars. Both figures beat estimates. The company expects full-year adjusted EPS to be 16.50-16.75 dollars from a previous guidance of 16.25-16.55 dollars.

ConocoPhillips (COP), an oil and gas company, might acquire rival Concho Resources (CXO), which has a market value of about 8.7 billion dollars, reported Bloomberg.

Apple (AAPL)'s, the tech giant, price target was raised to 136 dollars from 130 dollars at Morgan Stanley.

Salesforce.com (CRM), a developer of business software, was rated "buy" in a new coverage at UBS.

Nio (NIO), the Chinese electric-vehicle maker, is surging before hours as the stock was upgraded to "overweight" from "neutral" at JPMorgan.