The S&P 500 Futures remain under pressure after they ended in the red yesterday as Minutes from the U.S. Federal Reserve's latest meeting showed that officials expected the economy to require "additional accommodation" for recovering from the coronavirus pandemic.

Later today, investors will watch closely numbers of U.S. Initial Jobless Claims (a decline to 920,000 is expected). The Conference Board Leading Index will also be released (+1.1% on month in July expected). The Philadelphia Federal Reserve will report its Business Outlook Index for August (21.0 expected).

European indices are on the downside. The German Federal Statistical Office has posted July PPI at -1.7% (vs -1.8% on year expected).

Asian indices all closed in the red.

WTI Crude Oil futures are under pressure. The U.S. Energy Information Administration reported that U.S. commercial crude oil inventories (excluding those in the Strategic Petroleum Reserve) decreased by 1.6M barrels from the previous week to 512.5M barrels for week ended August 14. U.S. crude oil inventories are about 15% above the five year average for this time of year. Standard Chartered Bank projected that September U.S. shale oil production would fall by 263K b/d to 1.65M b/d, the level of November in 2019. The bank said: "The rapid collapse in U.S. shale oil output should perhaps be the main story in the oil market; if the arrival of shale oil were an inflexion point for market perceptions, its departure should be of similar interest."


Nvidia (NVDA), a leading designer of graphics processors, released second quarter adjusted EPS and sales that beat estimates but lost some ground in extended trading, as the stock was trading to an all-time high reached on August 18 at 502.44 dollars. 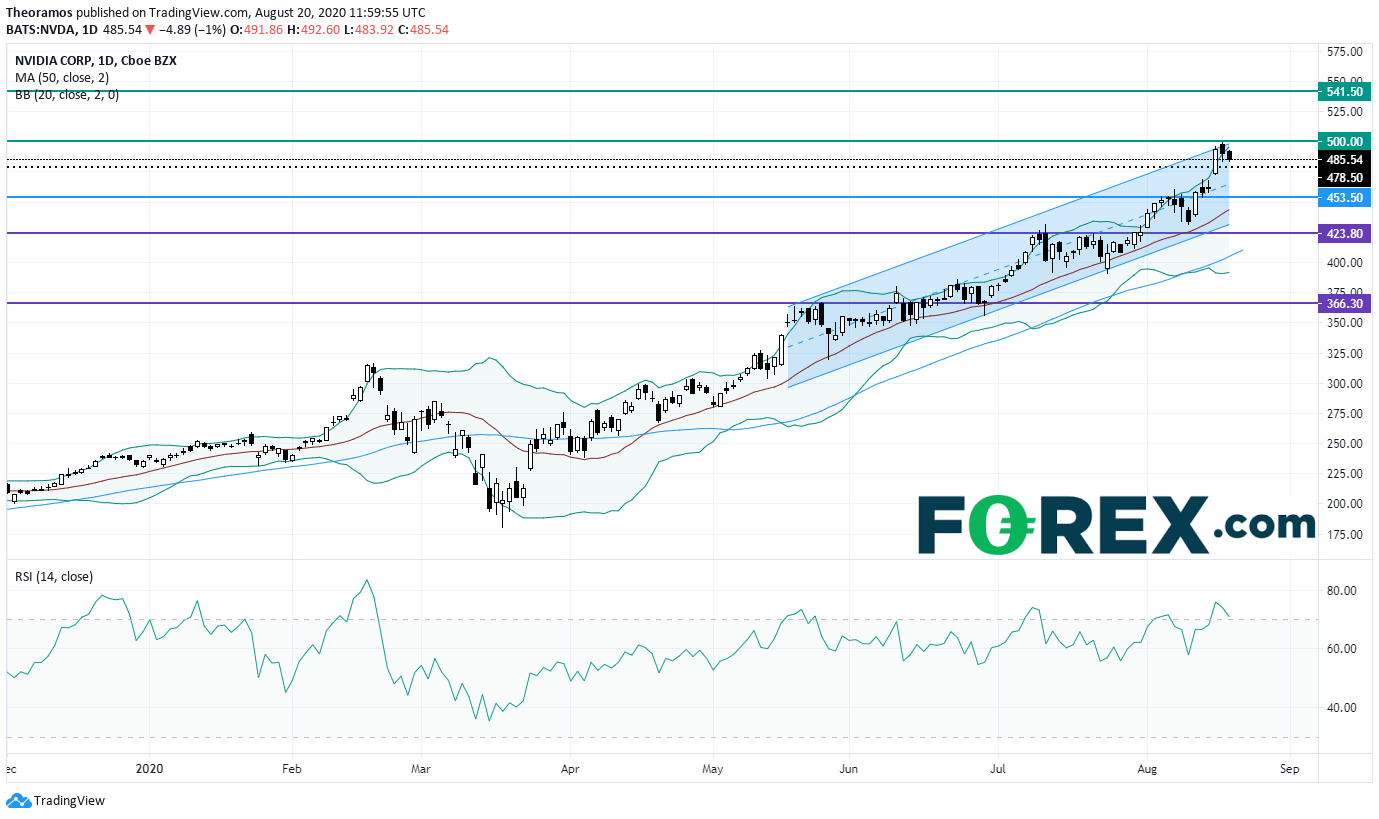 
Intel (INTC), a designer and manufacturer of microprocessors, popped after hours after announcing it is entering into accelerated share repurchase agreements to repurchase an aggregate of 10 billion dollars of the company’s common stock.