European indices are slightly up in the session midday but still face short term consolidation. The U.K. Office for National Statistics has reported October retail sales at +1.2% (vs -0.3% on month expected), the November Gfk Consumer Confidence was reported at -33, vs -34 expected and the October Public Sector Net Borrowing was released at 22.3 billion pounds deficit, 31.5 billion pounds expected. In Germany, October PPI was released at +0.1%, vs +0.4% the previous month.

Asian indices closed again in dispersed order as the Hong Kong HSI and the Chinese CSI ended in the green when the Japanese Nikkei and the Australian ASX closed on the downside. Official data showed that Australia's preliminary retail sales grew 1.6% on month in October (-1.1% in September).


Pfizer (PFE) and BioNTech (BNTX) "will submit a request today to the U.S. FDA for Emergency Use Authorization (EUA) of their mRNA vaccine candidate against SARS-CoV-2, which will potentially enable use of the vaccine in high-risk populations in the U.S. by the middle to end of December 2020." 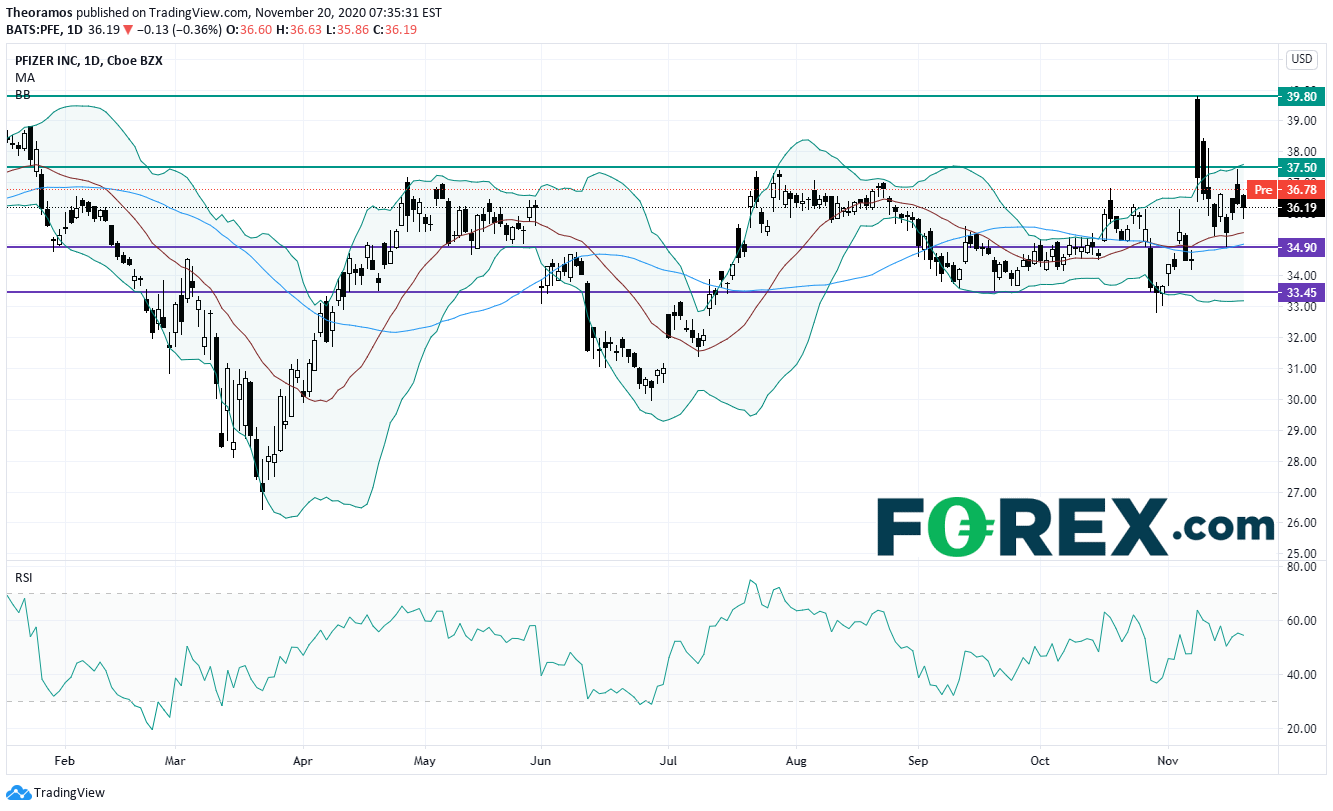 Workday (WDAY), a leader in enterprise cloud applications for finance and human resources, climbed after hours after posting quarterly earnings that beat estimates.

Williams-Sonoma (WSM),  a specialty retailer of products for the home, popped in extended trading as quarterly earnings were better than expected. Digital sales jumped 49%.

Intuit (INTU), a developer and marketer of accounting software for small and medium sized businesses, announced first quarter adjusted EPS of 0.94 dollar, beating forecasts, up from 0.41 dollar a year ago on net revenue of 1.3 billion dollars, higher than anticipated, up from 1.2 billion dollars a year earlier. The company disclosed second quarter adjusted EPS forecast that was better than expected.

Helmerich & Payne (HP), the largest U.S. contract driller of oil and gas, reported fourth quarter adjusted LPS of 0.74 dollar, smaller than expected, down from an EPS of 0.38 dollar a year ago on revenue of 208.3 million dollars, just above forecasts, down from 649.1 million dollars a year earlier.
TAGS:
Equities Indices
Share: