#UK - IRELAND#
IAG, an airline group, posted 3Q preliminary results and update: "Total revenue declined by 83 per cent to E1.2 billion compared to E7.3 billion last year. Operating result before exceptional items was a E1.3 billion loss compared to a E1.4 billion profit last year. (...) In response to the high uncertainty of the current environment, IAG now plans for capacity in 4Q 2020 to be no more than 30 per cent compared to 2019. As a result, the Group no longer expects to reach breakeven in terms of Net cash flows from operating activities during 4Q 2020."

Unilever, a consumer goods company, reported that 3Q underlying revenue rose 4.4% on year to 12.9 billion euros and 9-month revenue was up 1.4% to 38.6 billion euros. The company declared a quarterly dividend of 0.4104 euro per share.


#FRANCE#
Pernod Ricard, an alcoholic beverages producer, announced that 1Q net sales dropped 10.0% on year to 2.24 billion euros, down 5.6% on an organic basis. The company said 2Q is expected to still be strongly impacted by Covid-19, but sees net sales returning to growth in 2H.

From a daily point of view, the bullish gap opened on October 16th has allowed the stock to break above the resistance area and previous all-time high at 788.2E. In addition, a rising trend line is in place since April. Above 735E, look for 850E and 900E in extension. 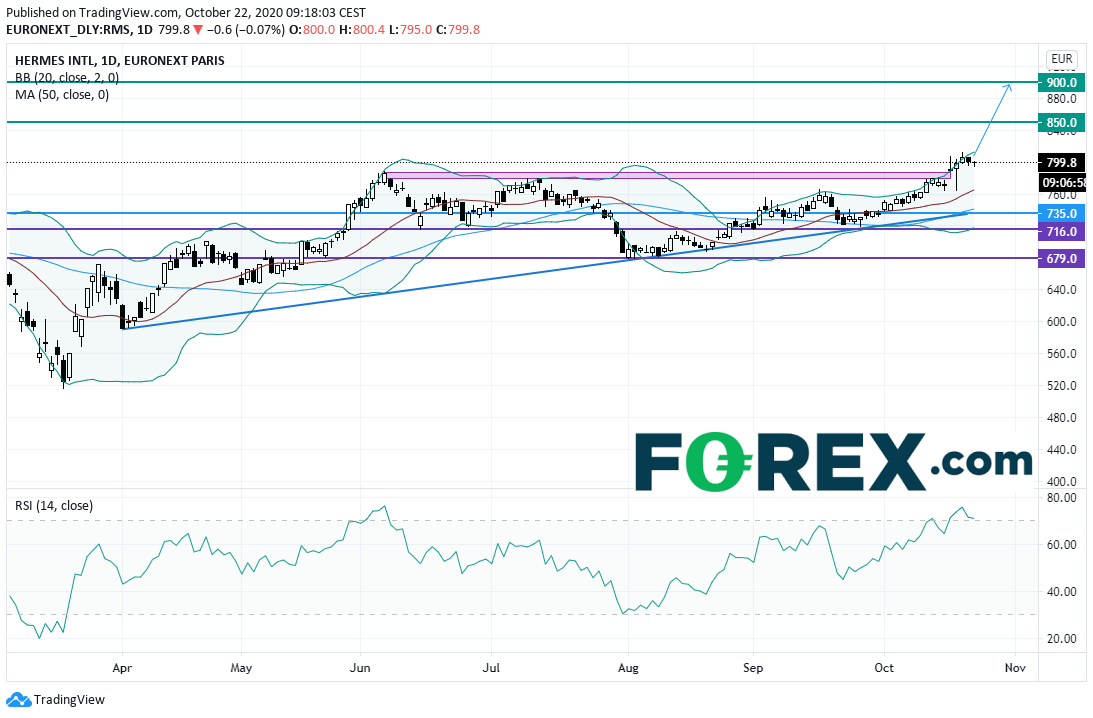