The S&P 500 Futures are posting a tentative rebound after they encountered another selloff yesterday. Investors were deeply worried that the surge in coronavirus cases world-wide, particularly in Europe and the U.S., would lead to further lockdown measures.

European indices are mixed. The German Federal Statistical Office has posted October jobless rate at 6.2% (vs 6.3% expected). The Bank of England has released the number of mortgage approvals for September at 91,500 (vs 76,100 expected). The European Commission has reported the Eurozone’s October Economic Confidence Index at 90.9 (vs 89.6 expected) and Consumer Confidence at -15.5, vs -13.9 in September. Later today, the European Central Bank will announce its interest rates decision (deposit facility rate unchanged at -0.50% expected).

Asian indices closed in dispersed order as the Australian ASX faced a drop when the Chinese indices closed in the green. The Japanese Nikkei ended in the red. The Bank of Japan kept its benchmark rate unchanged at -0.10% and maintained 10-year government bond yield target at about 0%. BOJ downgraded Japan's 2020 GDP growth forecast to -5.5% from -4.7% previously and core CPI forecast was lowered to -0.6% from -0.5%. Meanwhile, official data showed that Japan's retail sales slipped 0.1% on month in September (+1.0% expected).

On the US economic data front, the Mortgage Bankers Association's Mortgage Applications rose 1.7% for the week ending October 23rd, compared to -0.6% in the previous week. Finally, Wholesale Inventories fell 0.1% on month in the September preliminary reading (+0.4% expected), compared to a revised +0.3% in the August final reading. 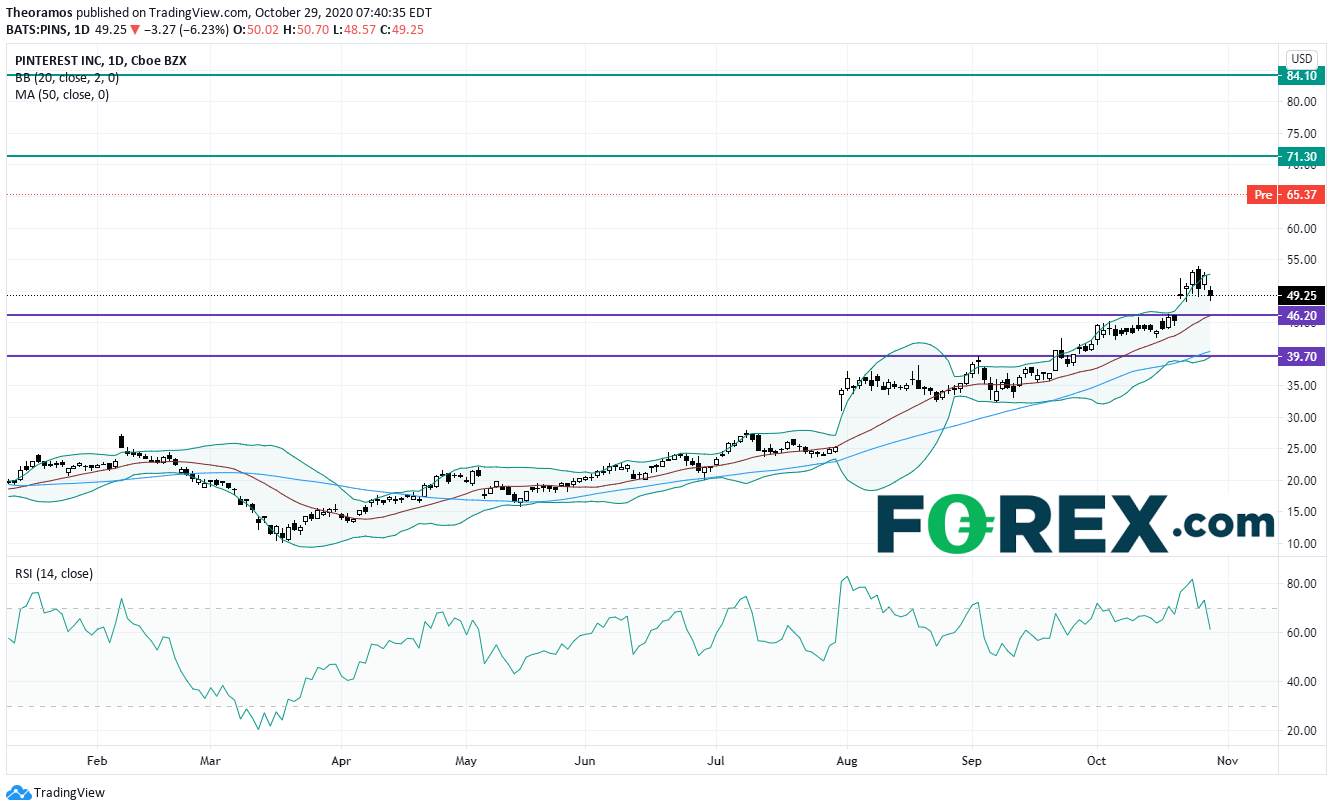 Tiffany (TIF), the jeweler, and LVMH, the world’s leading luxury products group, "have concluded an agreement modifying certain terms of their initial agreement to reflect a purchase price of 131.50 dollars in cash and to reduce closing conditionality. Other key terms of the Merger Agreement remain unchanged. Tiffany and LVMH have also agreed to settle their pending litigation in the Delaware Chancery Court. The merger is expected to close in early 2021, subject to Tiffany shareholder approval and customary closing conditions."

Ford Motor (F), the automobile manufacturer, disclosed third quarter adjusted EPS of 0.65 dollar, significantly above forecasts, up from 0.34 dollar a year ago, on revenue of 34.7 billion dollars, higher than expected, up from 33.9 billion dollars a year earlier.