Market focus remained on Hong Kong and heightened tensions between the U.S. and China...

On Friday U.S. stocks pared early losses to close with modest gains. Market focus remained on Hong Kong and heightened tensions between the U.S. and China. China announced plans to impose a "new" national-security law on Hong Kong, which are widely expected to erode the city's autonomy. U.S. President Donald Trump said his country would react strongly if  China follows through on those plans. 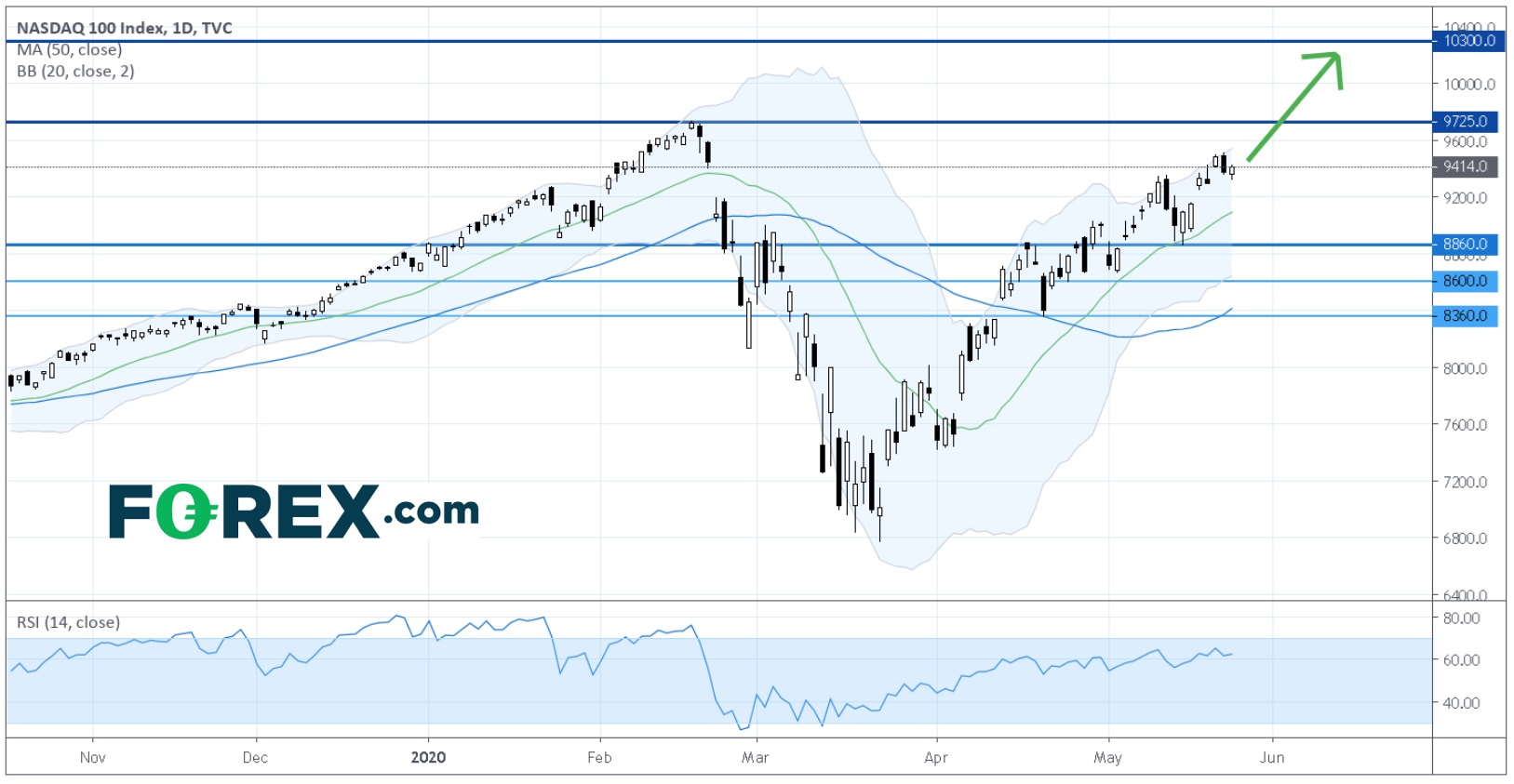 The U.S. Market will be closed today to observe Memorial Day.

Oil prices softened on concerns that demand could be hurt by the U.S.-China tensions. U.S. WTI crude oil futures (July) dropped 2.0% to $33.25.

On the forex front, the ICE U.S. Dollar Index rebounded for a second straight session, climbing 0.5% on day to 99.86.

EUR/USD dropped 0.4% to 1.0902. European Central Bank's latest monetary policy accounts showed that officials agreed that "a swift V-shaped recovery could probably already be ruled out at this stage" and "the Governing Council would have to stand ready to adjust the Pandemic Emergency Purchase Program and potentially other instruments if it saw that the scale of the stimulus was falling short of what was needed".