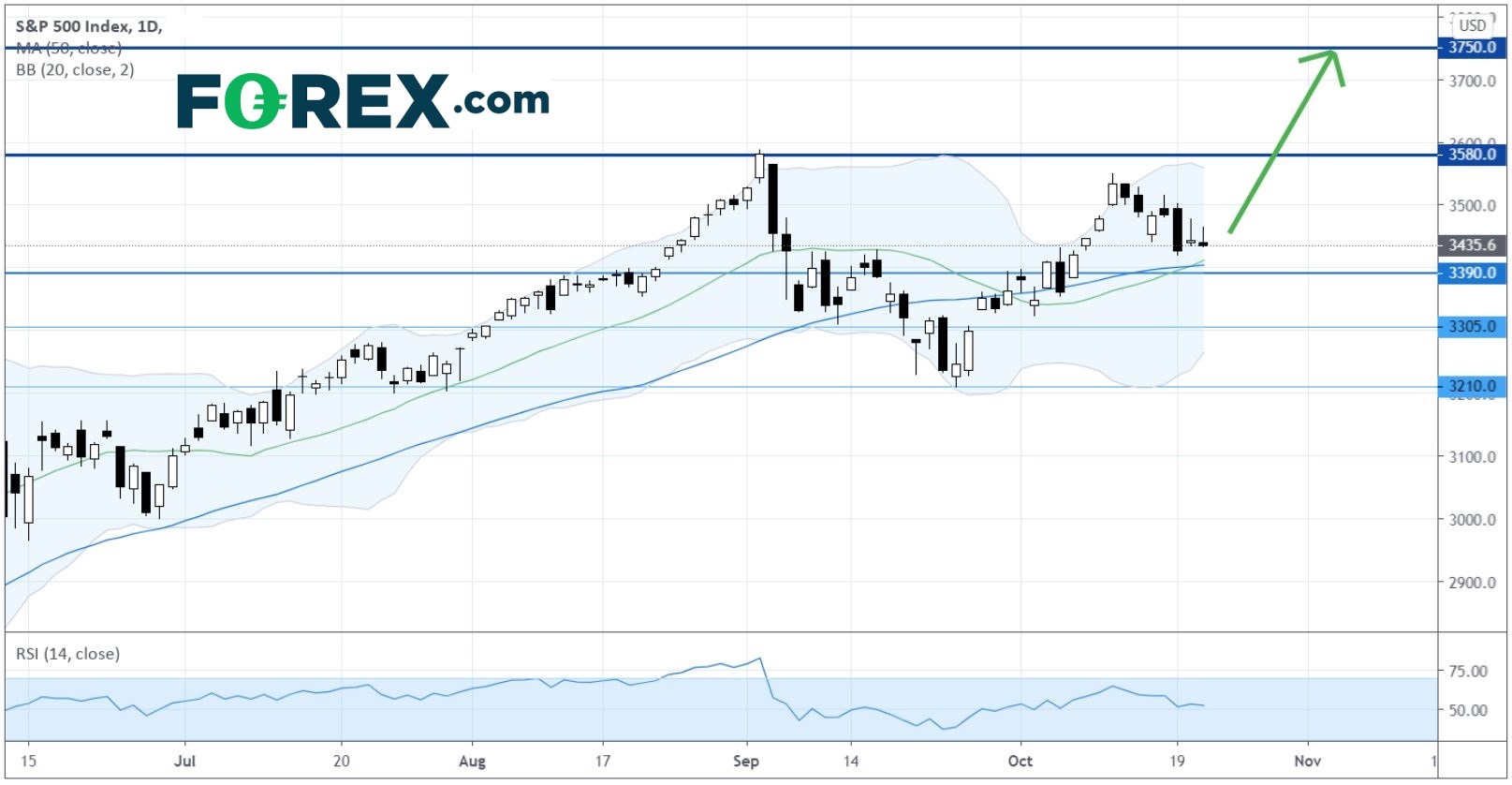 
U.S. White House Chief of Staff Mark Meadows said in a TV interview that a stimulus deal is near. In a separate interview, House Speaker Nancy Pelosi also said there are hopes for a deal.

The U.S. Federal Reserve said in its Beige Book economic report that all districts have seen continued growth at a moderate pace since the downturn. The central bank added that employment increased across all districts and prices rose modestly.

On the forex front, the U.S. dollar widened its weakness against other major currencies amid a looming fiscal stimulus deal. The ICE Dollar Index dropped 0.48% to a 7-week low of 92.61 posting a four-session losing streak.

GBP/USD surged 1.56% 1.3149, the highest close since September 7. News reports said U.K. and European Union negotiators are to resume trade talks with an aim to reach a deal by mid-November. U.K. official data showed that consumer prices increased 0.5% on year in September (+0.6% expected).