<p>With markets essentially trapped in near-term stasis as traders wait for higher impact data, it’s a good time to take a step back and look at the longer-term technical picture on AUD/USD. For more than a year, from mid-2014 to mid-2015, the Aussie consistently lost value against the greenback, dropping more than 2,500 pips in the process. </p> 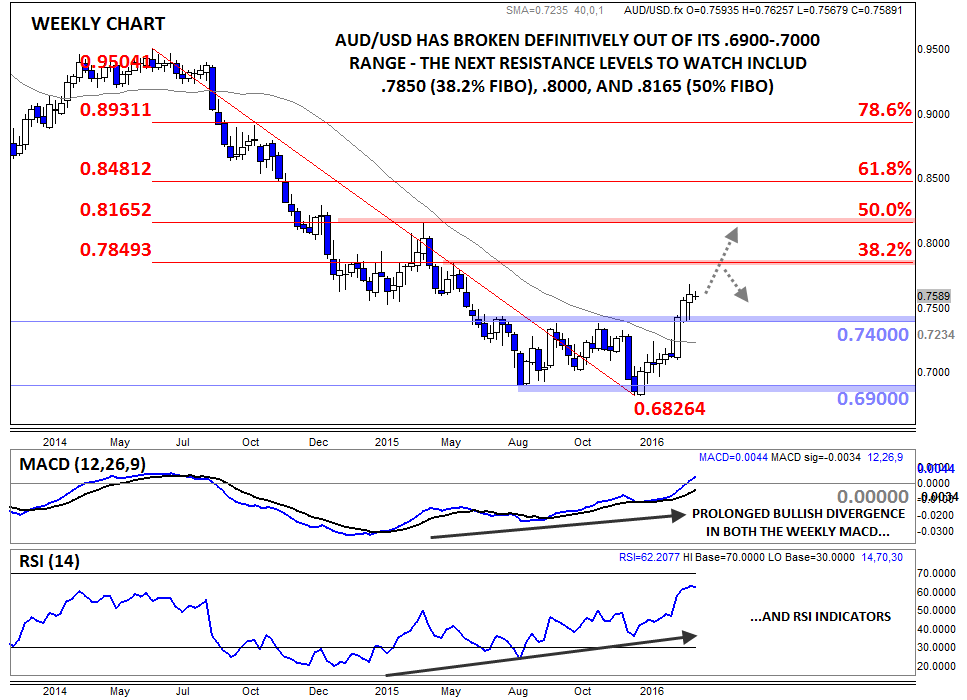