Share:
Despite the sharp drop in the US dollar this week, the plunge was significantly more pronounced against the euro, Swiss franc and yen, than it was against the Australian dollar. Though AUD/USD did rise within the past week as the US dollar fell, this relatively mild boost exists within a clearly-defined downtrend channel that, if it remains intact, points to further potential downside for the currency pair. Key economic data likely to move the Australian dollar will occur on Thursday in Canberra, when the Australian jobs report for April will be released.

Last month, employment change data for March showed a much better-than-expected 60.9K jobs added against a 20K forecast, which helped prompt a short-term boost for the Australian dollar. This time around, expectations for April are exceptionally low at only around 4.5K additional jobs expected. The unemployment rate is expected to remain steady at 5.9%.

From a price perspective, despite pronounced weakness in the US dollar recently, AUD/USD remains within a clear bearish trajectory that has been in place for the past two months, since the 0.7750-area year-to-date highs back in March. This two-month slide for the currency pair is outlined by the noted parallel downtrend channel. Supporting this bearish technical bias are key moving averages – the 50-day MA has just tentatively crossed below the 200-day, potentially signifying more technical weakness.

In the event that AUD/USD remains pressured within the descending channel in the aftermath of the impending Australian jobs report, a continuation of the downtrend should once again target its recent downside objective at the key 0.7300 support level. On any data-driven boost for AUD/USD, however, a break above the channel should be met by major resistance around the 0.7500 level. 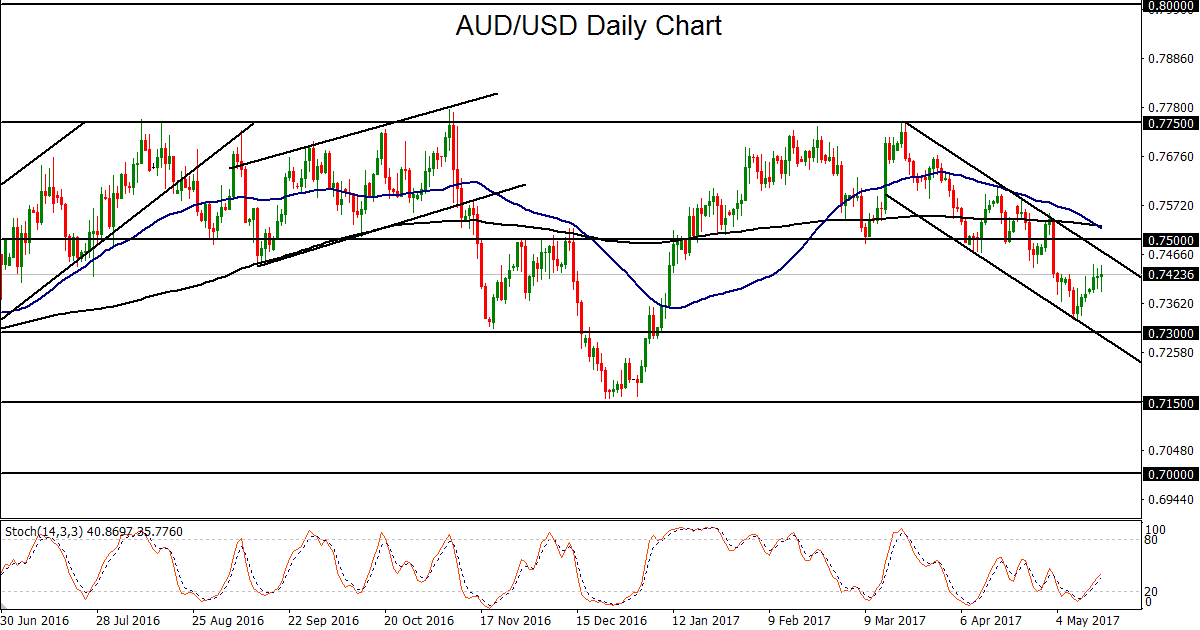