Share:
AUD/USD has continued to trade within a pronounced bullish trend since its 0.7150-area lows back in late-May. This rise has formed a clear parallel uptrend channel as the currency pair has broken out to progressively higher highs within the past several weeks. The most recent breakout was on Tuesday, when AUD/USD made a new two-month high at 0.7656. 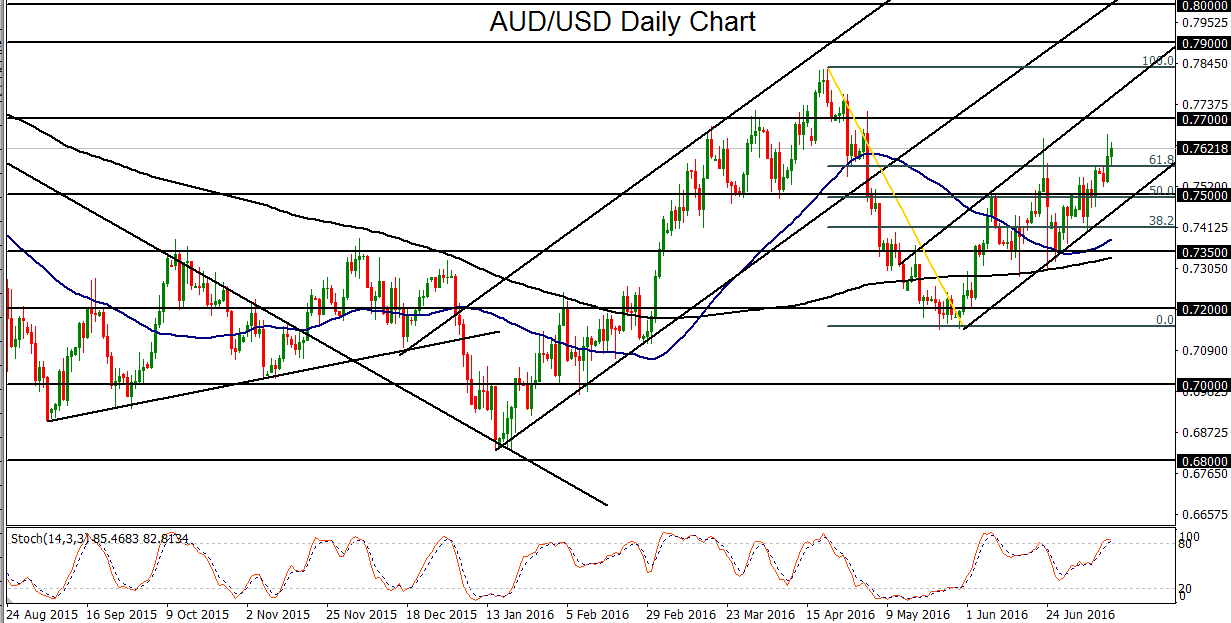