AUD/USD up against key resistance ahead of RBA

Share:
The Reserve Bank of Australia’s (RBA) monetary policy decision will be announced tonight (Tuesday in Australia). The central bank is expected to keep its cash rate unchanged at the record low of 1.50%, after having lowered the rate from 1.75% back in July. As always, while the RBA is not expected to make any significant monetary policy changes, any indication of its current view on Australian economic growth and inflation will have an impact on the Australian dollar, which has generally been on the rise against the US dollar for the past two weeks.

Two weeks ago, AUD/USD rebounded from major support around 0.7300 and subsequently reached up to hit major resistance last week around the key 0.7500 level, which is also around the 38% Fibonacci retracement level of November’s plunge. This 0.7500 resistance level was retested once again on Monday as the US dollar continued to pull back and consolidate after November’s sharp rally and ahead of next week’s Federal Reserve rate decision. Despite any such profit-taking pullbacks, the US dollar is likely to remain supported for the time being, as expectations of a Fed rate hike and general Fed hawkishness continue to run exceptionally high.

Depending on the messages emanating from Tuesday’s RBA rate statement, if the noted resistance at 0.7500 is able to hold, a turn back to the downside for AUD/USD on a resumption of US dollar strength should once again target the 0.7300 support level. Any further breakdown below 0.7300 would extend November’s AUD/USD plunge, with further downside support targets at 0.7150 followed by the 0.7000 psychological level. 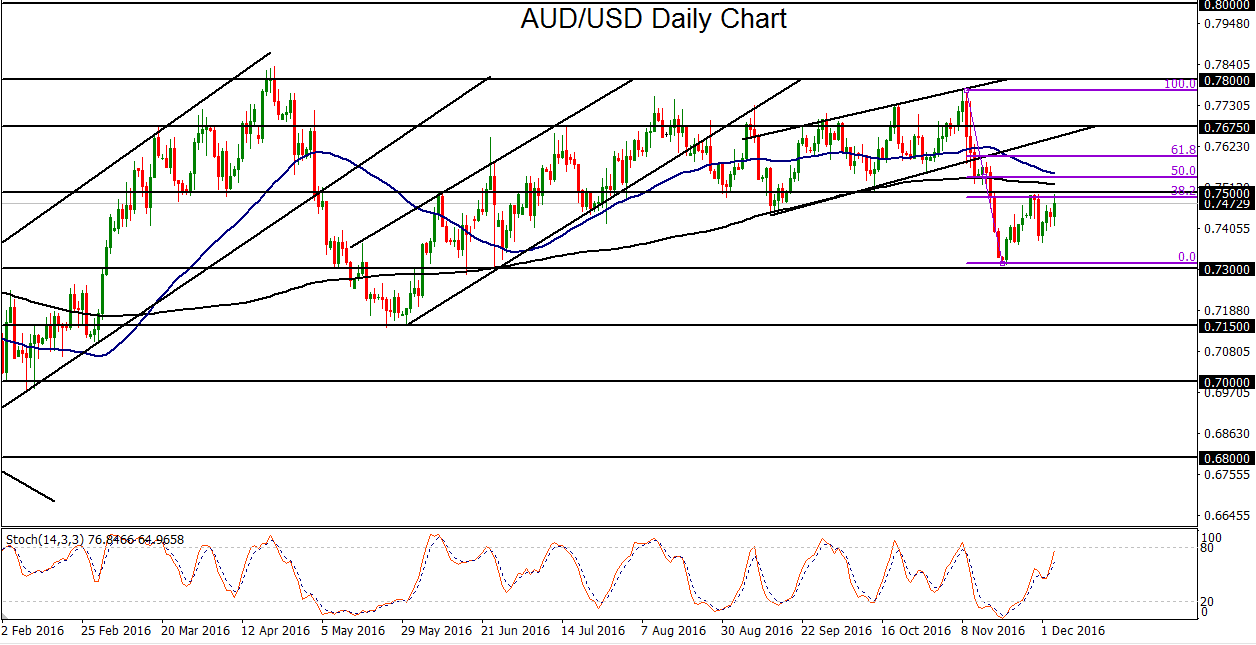