As can be seen from the chart, the Aussie has cleared the 0.7475-0.7500 support area at the fourth time of asking. This level had been previously resistance.

The breakdown will likely lead to further technical follow-up selling in the days to come.

However, in the event that the Aussie reclaims the broken 0.75 handle, ideally on daily closing basis, then this breakdown would be considered a false move. In this potential scenario, we could see the unit head back towards the top of its range around 0.7700-0.7750.

But as things stand, this is not our base case scenario as we are expecting to see a break down now. 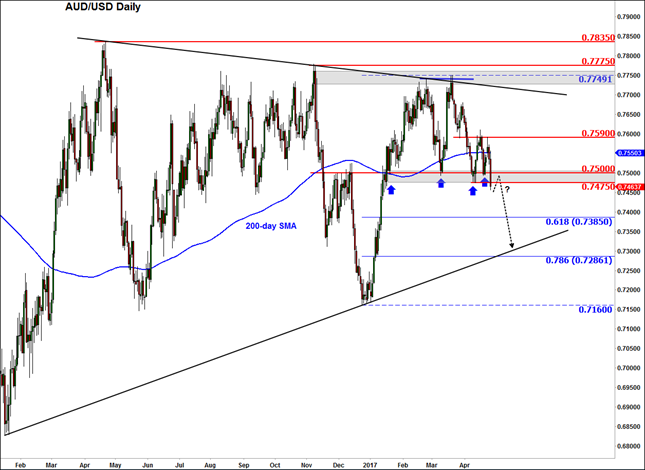