How many rate hikes are necessary to control inflation given that the BOC sees it returning to 2% over the long run?

The Bank of Canada left rates unchanged at all-time lows of 0.25%.  Markets were pricing in a near 60% chance of a hike prior to the meeting.  (See our Bank of Canada preview here)The BOC removed its exceptional forward guidance on interest rate policy now that it feels economic slack is absorbed.  In addition, the central bank is continuing its reinvestment phase, keeping its overall holdings of Government of Canada bonds roughly constant.  The BOC will consider exiting this phase and reducing the size of its balance sheet once it begins to raise interest rates.

The BOC also noted that they expect the Canadian economy to grow by 4% in 2022 and 3.5% in 2023.  This comes after a 4.5% growth rate in 2021.  In addition, the central bank expects inflation to remain close to 5% for the first half of 2022, and decline to about 3% as supply shortages diminish.  Long run expectations remain anchored near the 2% target.  BOC Governor, Tiff Macklem, said afterwards that Canadians can be confident the Bank of Canada is committed to bringing inflation down.

USD/CAD was volatile after the release as traders tried to determine if the BOC had turned more dovish.  The pair resolved to the upside after the first 15 minutes, trading from 1.2563 to 1.2645. 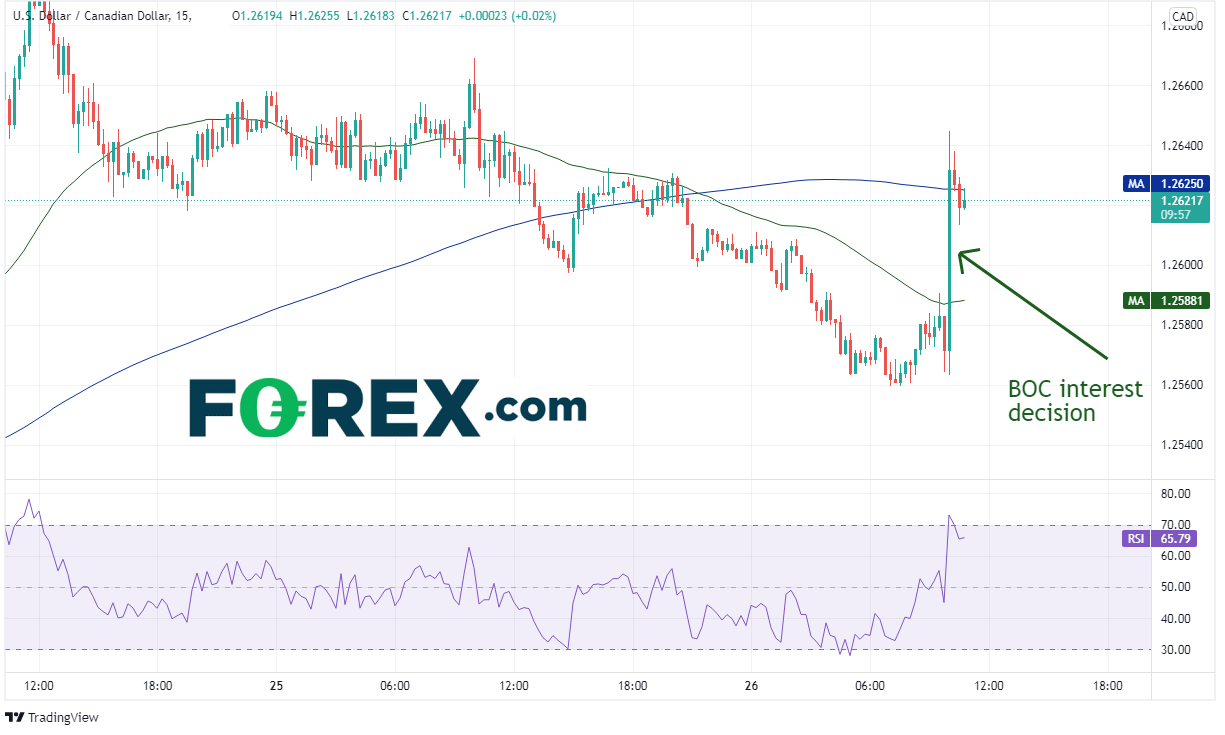 The long-term head and shoulders pattern is now called into question on USD/CAD, the target of which is near previous lows at 1.2288.  After breaking the neckline of the pattern near 1.2600, price moved to and held the 200 Day Moving Average and an upward sloping trendline dating to June 1st, 2021. On January 24th, price bounced to resistance at the 50 Day Moving Average near 1.2700 and held.  This level is also the 50% retracement from the highs of December 20th, 2021 to the lows of January 19th.  USD/CAD is currently trading back at the necking of the head and shoulders pattern.  A close above the January 24th highs will invalidate the head and shoulders pattern. 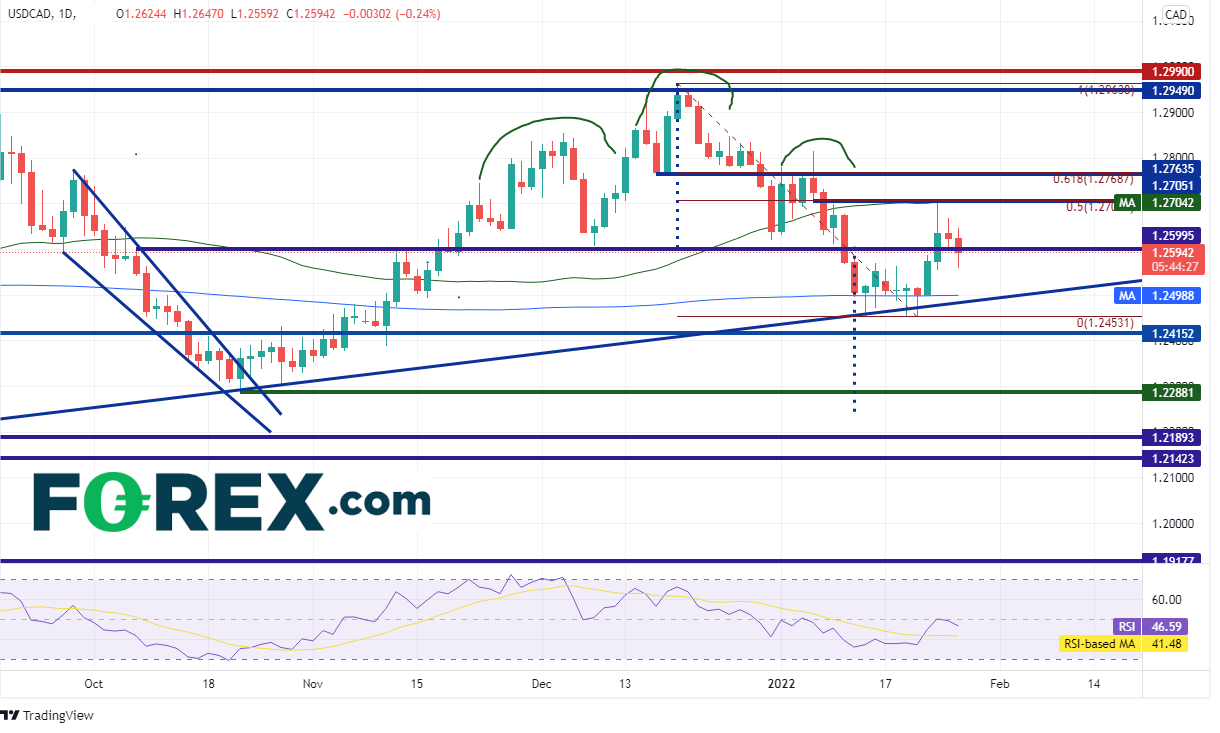 With the Bank of Canada leaving rates on hold, one has to consider when the first rate will come.  Tiff Macklem said in his press conference that interest rate hikes are needed to bring down inflation.  The question now becomes:  How many rate hikes are necessary to control inflation given that the BOC sees it returning to 2% over the long run?