If the jobs data comes in as forecast (i.e. after the end of the program), rates may increase!

The Bank of England left rates unchanged at 0.1% by a vote of 7-2 as Ramsden and Saunders voted for a 15bp hike.  As discussed in our BOE Preview, some had expected a possible rate hike based on recent officials’ comments, especially from BOE Governor Bailey.  A 15bp hike was priced into the market.  The committee also voted 6-3 to keep its bond purchase program unchanged at GBP 895 billion.  However, the statement noted that it will be necessary to raise rates over coming months if data, especially jobs, is in line with forecasts.  There has not been a UK jobs report since the furlough program ended on September 30th.  They also noted that inflation is expected to peak at 4.8% in Q2 2022, as opposed to the previous forecast of 4.02% in Q1 2022.

In the press conference, Bailey noted that monetary policy can do little to affect near-term inflation and must focus on the medium-term, in which the inflation remains well anchored.  He also noted that the labor market remains highly uncertain given the end of the furlough program.  And he cautioned on the scale of rate bets seen in the markets, which seems a bit odd, given that he said a few weeks back that the central bank will act if supply side inflation (energy) gets too high. 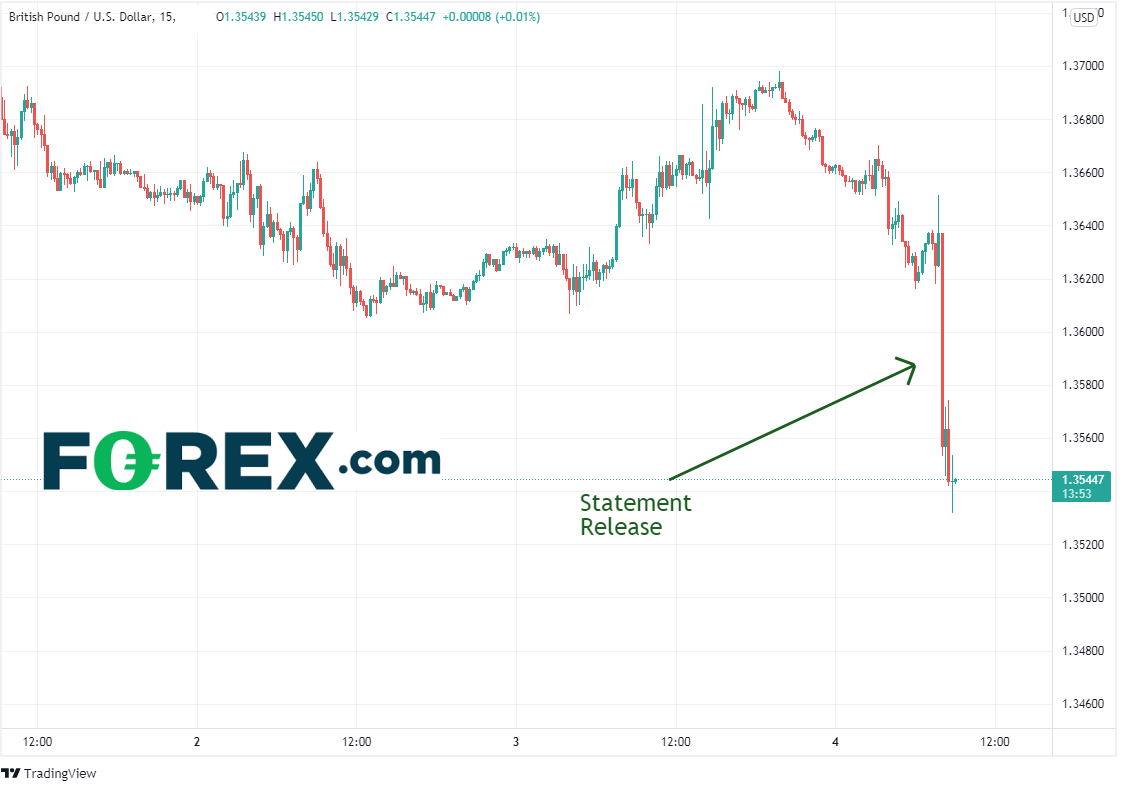 On a daily timeframe, GBP/USD began moving lower in earnest on October 29th as month-end buying of the US Dollar hit the markets.  At the time, the pair was up against resistance at a downward sloping trendline near 1.3800 dating back to July 29th.  Today, the GBP/USD couldn’t trade above the 50-Day Moving Average at 1.3702 before falling to lows just above horizontal support at 1.3519. Below there is ta confluence of support between the 50% retracement from the lows of September 23rd, 2020 and the highs from June 1st at 1.3459 and lows of September 29th at 1.3411.  Resistance is at the previously mentioned 50 Day Moving Average, then the downward sloping trendline, which is still near 1.3800.  Above the trendline, resistance is at the 200 Day Moving Average at 1.3846 (which capped the rally in late October). 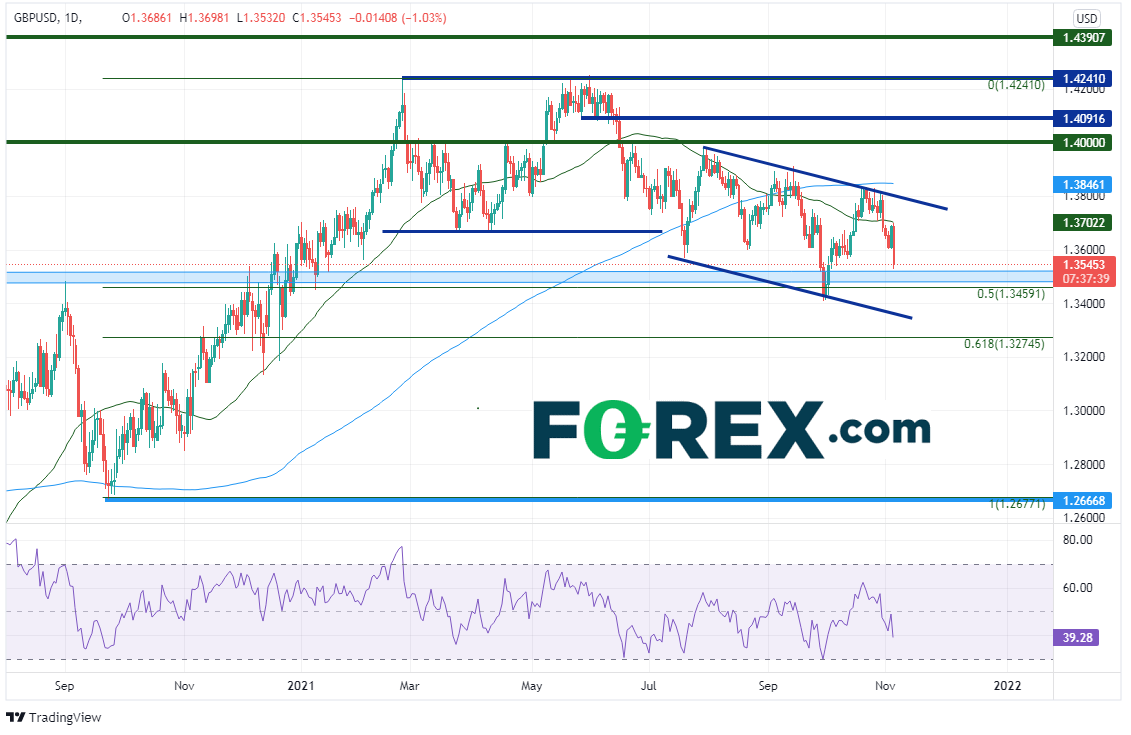 The Bank of England made a strong case today for them to leave interest rates on hold, which included jobs uncertainty due to the end of the furlough program and a focus on inflation in the medium-term, which they expect to peak at 4.8% in Q2 2022.  However, if the jobs data comes in as forecast (i.e. after the end of the program), rates may increase.  These are all comments you would expect from a central bank.  However, markets were disappointed as the comments leading up to the meeting indicated a hike was possible.  Maybe next time, Baily will choose his words more wisely when commenting ahead of a central bank meeting!