Headlines will push the Pound around over the next few days.

Over the weekend, it sounded as if a Brexit trade deal was at hand.  However, Monday morning there were plenty of headlines that a deal was not done, particularly regarding fisheries.  UK PM Johnson and EC President van der Leyen  spoke earlier, however it doesn’t seem that much has changed.  Thursday is the beginning of the EU Summit.  Will a trade deal be reached by then?  No one knows for sure, but there will be plenty of headlines to keep traders on their toes.  EUR/GBP should give the best clues as far as how discussions are going, however other GBP pairs should be watched as well.

On Friday, GBP/USD formed a shooting star on a daily timeframe.  With today’s price action, the candlestick formation pattern over the last 3 days is known as an evening star formation, which is considered a reversal pattern.  On both Thursday and Friday last week, price tried to break above the September 1st highs at 1.3483, however failed to close above it. Today, GBP/USD is selling off, however the pair is holding above a 13 year downward sloping trendline from 2007 (red line), previous lows beginning November 25th, and the 38.2% Fibonacci retracement level from the lows of September 23rd to Friday’s highs near 1.3211.  This is the first level of support.    GBP/USD has also been in an upward sloping channel since the September 23rd lows, and the bottom trendline is the next level of support, near 1.3110, which is also the 50% retracement from that same timeframe.  The 61.8% Fibonacci retracement, and third support level sits 100 pips lower near 1.3007. Buyers will be looking for the evening star formation to push prices down to these levels to leg into long positions and look for a move above 1.3541 (on a Brexit trade deal).  Sellers will be looking for a retest of Friday’s highs to enter short positions. 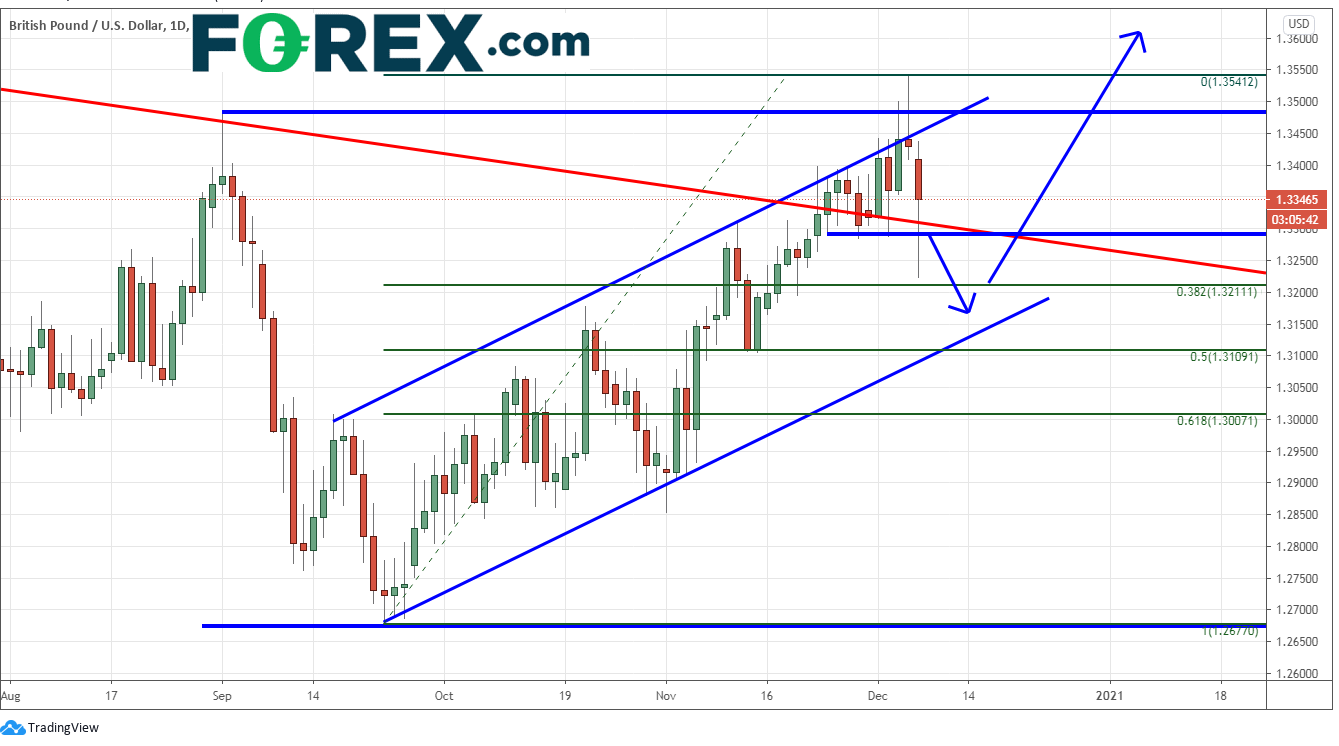 In addition to the GBP volatility, the US Dollar has been selling off.  This is giving a lift to commodity currencies such as the Aussie and Kiwi.  This price action has been reflected in GBP/NZD through a move lower today.  The pair has been moving lower since putting in highs on March 6th near 2.1750.  The pair broke below a rising trending and horizontal support just above 1.9000 on November 27th.  Today, price is testing the lows of December 2nd and 3rd, as well as the 127.2% Fibonacci extension from the September 21st lows to the October 22nd highs near 1.8850.  There is a band of resistance there between 1.8600 and 1.8720.  The 161.8% Fibonacci extension level arrives at the bottom end of the band near 1.8600.  Sellers will be looking for bounces back to 1.9000 and Friday’s highs of 1.9188 to enter shorts.  Watch for similar price action in GBP/AUD. 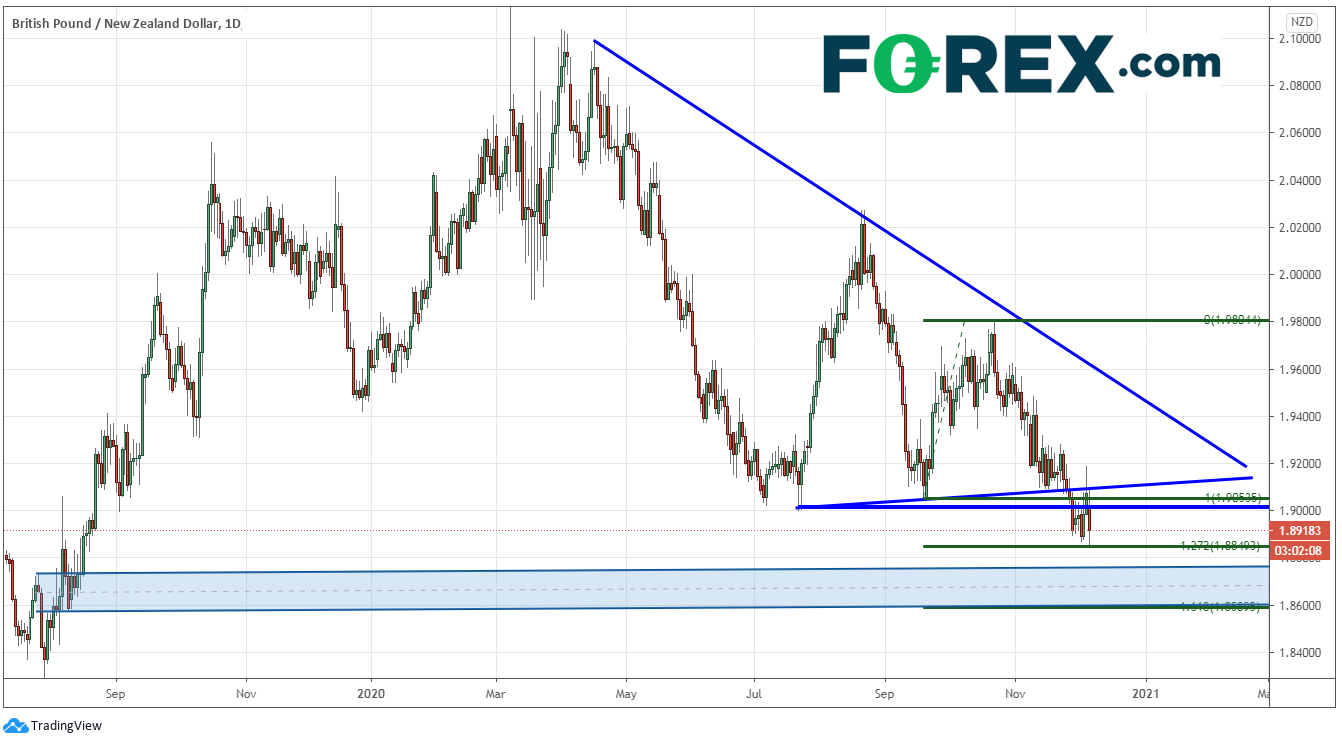 Although a trade deal for Brexit has yet to be agreed, there are plenty of headlines, both positive and negative, which will be pushing the Pound around over the next few days.