GBP/USD revival likely as dovish BoE may be priced in

One of the weakest currencies of late has been the pound. It has fallen viciously ever since the Bank of England Governor Mark Carney strongly hinted at the prospects of no interest rate rises this month, owing to weakness in UK data. 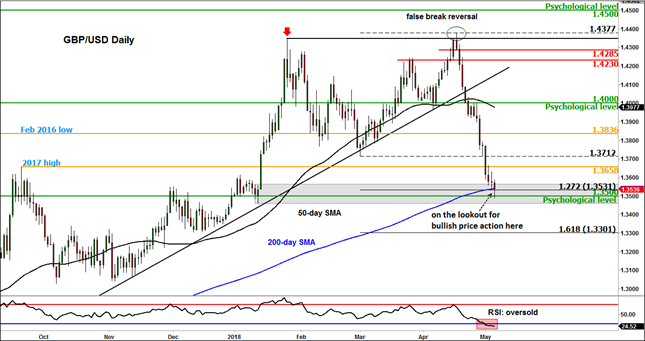