Owing to the risk-off tone in the markets, gold is up for the third consecutive day. At a good $1300 per troy ounce, the yellow precious metal climbed to its best level since November of last year before pulling back slightly. 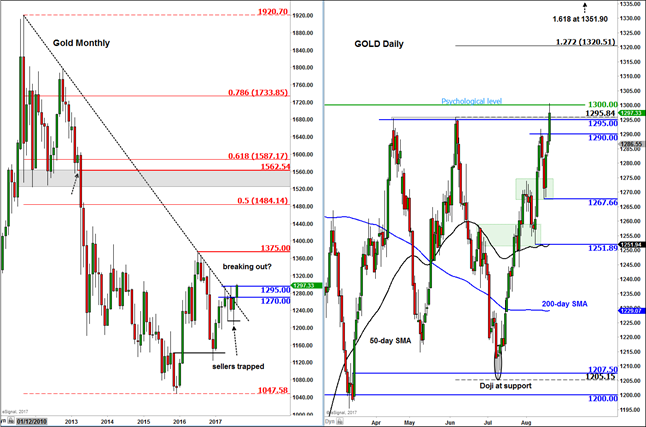