Canadian election preview: AUD/CAD in focus as Liberals cling to a tiny lead

The most likely scenario is a minority government, meaning that the winning party will have to collaborate with other parties to reach a consensus about new policies...

After staying cooped up inside for most of the past 18 months, Canadian citizens finally have an excuse to venture outside their homes: The country holds a snap election next week, and based on the polls, it’s poised to be a tight one, with potentially significant market implications.

When is the Canadian election 2021?

The 2021 Canadian federal election will take place on Monday September 20, 2021, and if it’s anything like past elections, the results could well be known by that evening.

Who are the candidates in the Canadian election 2021?

While there were six “parties” (including Independents) represented in parliament when it was dissolved on August 15, there are three primary candidates/parties to watch:

Looking to trade the Canadian 2021 election? Login or open an account now!

What are the Canadian election 2021 polls showing? 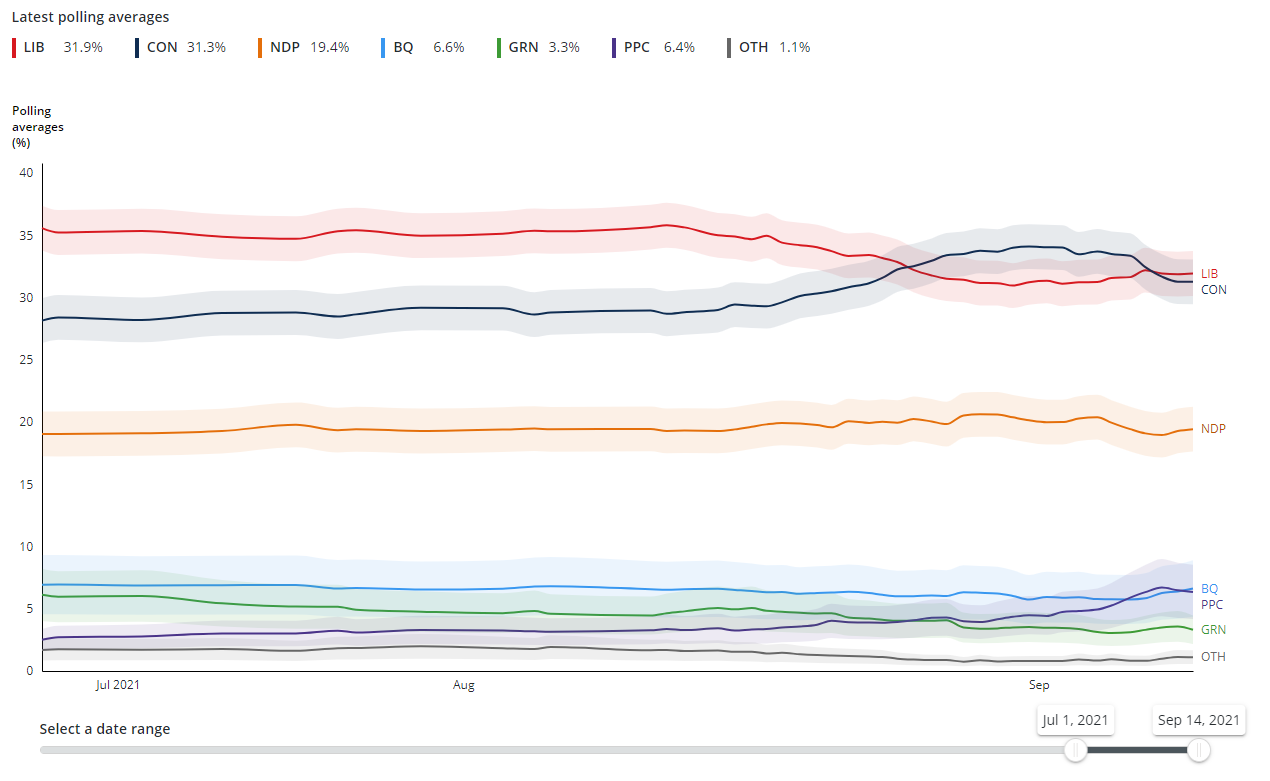 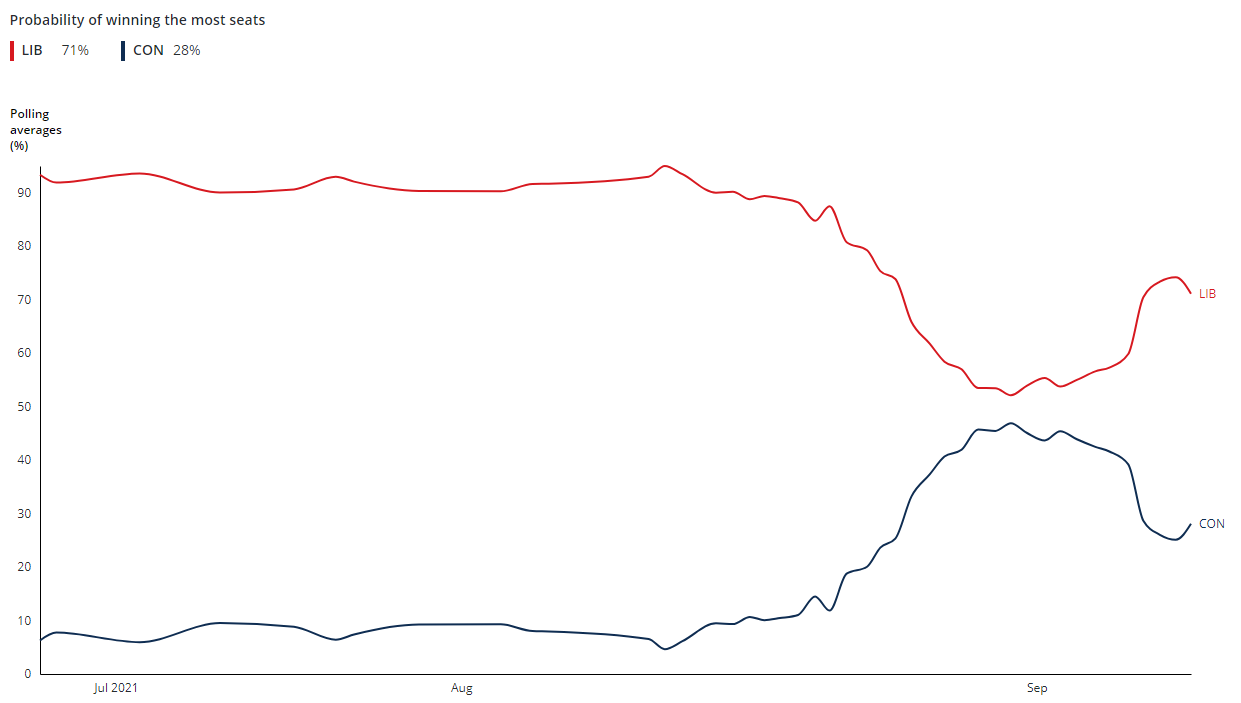 How will the 2021 Canadian election impact markets?

The most likely scenario is a minority government, meaning that the winning party will have to collaborate with other parties to reach a consensus about new policies, and this likelihood may well prevent any dramatic market moves.

My colleague Joe Perry has already broken down the key technical levels and factors to watch for the USD/CAD currency pair in his Currency Pair of the Week article, so we’ll focus in on AUD/CAD, our second most-traded loonie cross.

Since peaking near parity (1.00) in late February, AUD/CAD has been trending lower for over six months to hit a low around 0.9100 so far. That said, the pair has seen an impressive rally over the last three weeks to test previous resistance around the 0.9380 level. Despite the impressive short-term rally, the longer-term bias on AUD/CAD remains to the downside as long as rates remain below the previous highs and 200-day EMA in the 0.9380-0.9400 zone: 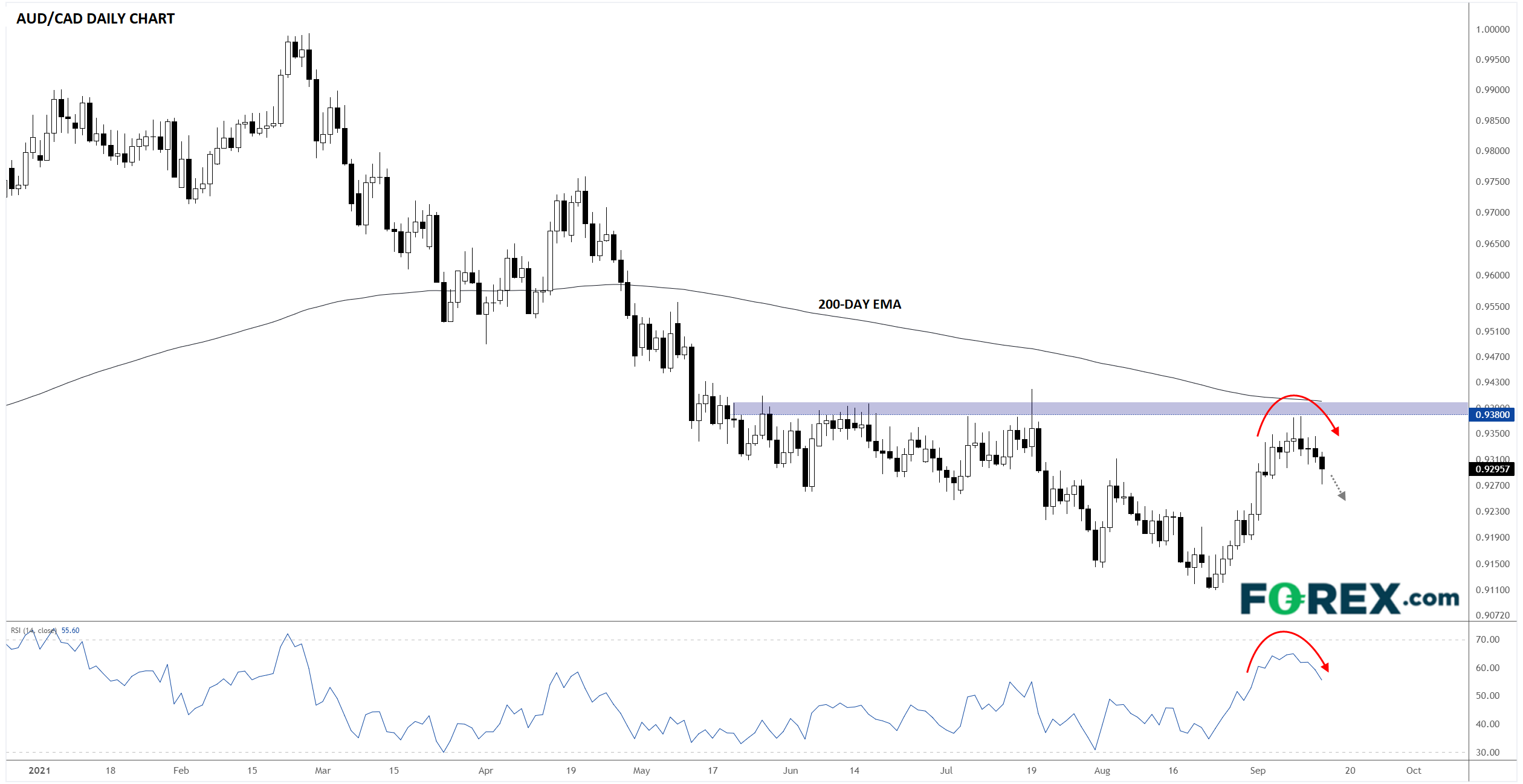 Depending on the outcome of the election, rates could easily retrace the recent rally and fall back below 0.9200 to resume the longer-term downtrend later this month.