CHF/JPY Could Be Set For Another Break Lower

Since its bull-trap at the start of the month, a lower high appears ot have formed and the cross is now testing a potential breakout level.

Since its bull-trap at the start of the month, a lower high appears to have formed and the cross is now testing a potential breakout level.

Two weeks ago, we noted that CHF/JPY’s bull-trap and subsequent crash through key support had slammed it back onto our bearish watchlist. Sometimes it can take a little longer than you’d like to migrate from the watchlist to a trade (and sometimes it simply never happens), but it now appears CHF/JPY is preparing for its next dip lower.

Over the past week, five doji’s have formed below 110 (one being a bearish pinbar) and yesterday was its most bearish day in two weeks. The 100-day average has capped the recent swing high and, whilst the 50-day is acting as support, a clear break of 109.21 support invalidates it and takes it back within its original range.

As a quick re-cap to the prior analysis, CHF/JPY has been trending lower in a choppy fashion since the 118.067 high. We suspect we’re nearing the end of anything choppy, sideways correction. 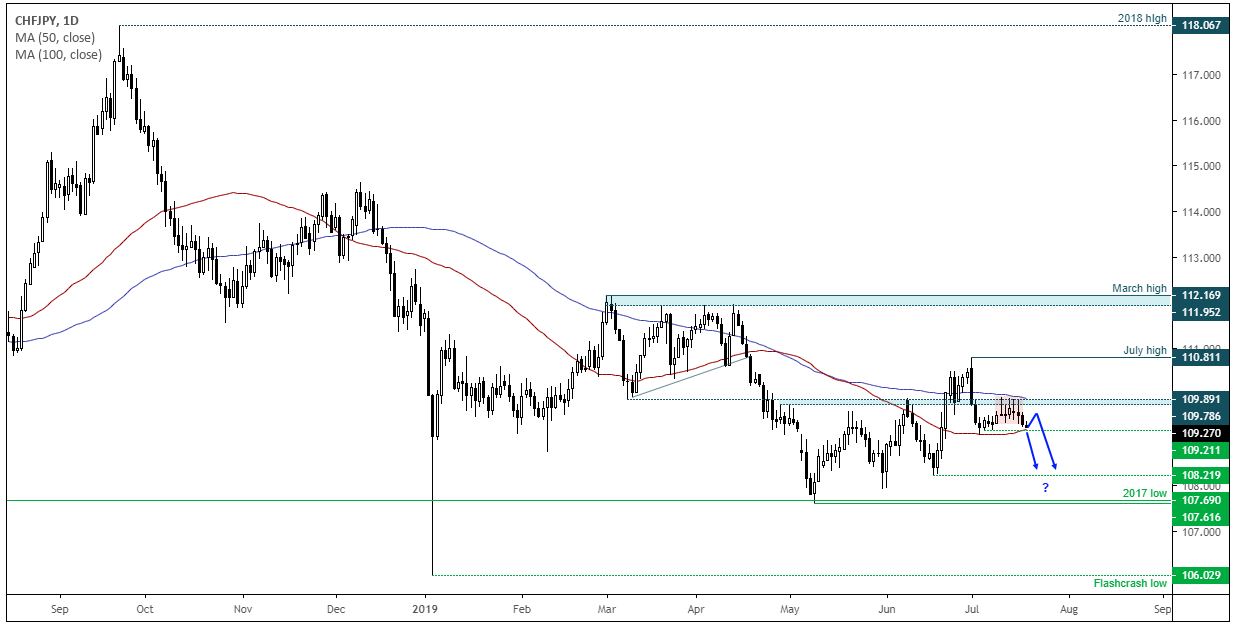