Share:
After centrist Emmanuel Macron’s victory in the first round of the French presidential elections on Sunday, the euro gapped up sharply against its major rivals, including the US dollar. Key to that substantial gap was the fact that the pro-euro Macron succeeded in garnering the additional support and endorsement of his former challengers, including both conservative Francois Fillon and Socialist Benoit Hamon. Therefore, despite anti-euro Marine Le Pen also advancing to the final round in less than two weeks, the market’s strong optimism for an ultimate Macron win has led to a risk-on relief rally, especially for the euro and global equity markets.

Two days after the first-round results were known, EUR/USD has still failed to fill the gap to the downside, indicating continued strong support for Macron’s chances and for the future of the euro. The currency pair rose to key resistance around the 1.0950 level in afternoon trading on Tuesday, establishing a new 5-month high well above the late-March high, as a weakened US dollar lent further support to the surging euro.

Since its long-term lows around the 1.0350 support level in December, EUR/USD has generally been rising in a modest uptrend channel. If Macron’s prospects in the race for the French presidency continue to increase in the absence of any further scandals or unexpected surges in support for the anti-euro Le Pen, this uptrend could extend significantly further. In this scenario, a breakout above the 1.0950 level could extend EUR/USD momentum in the short-term towards the next major resistance around the 1.1100 level. 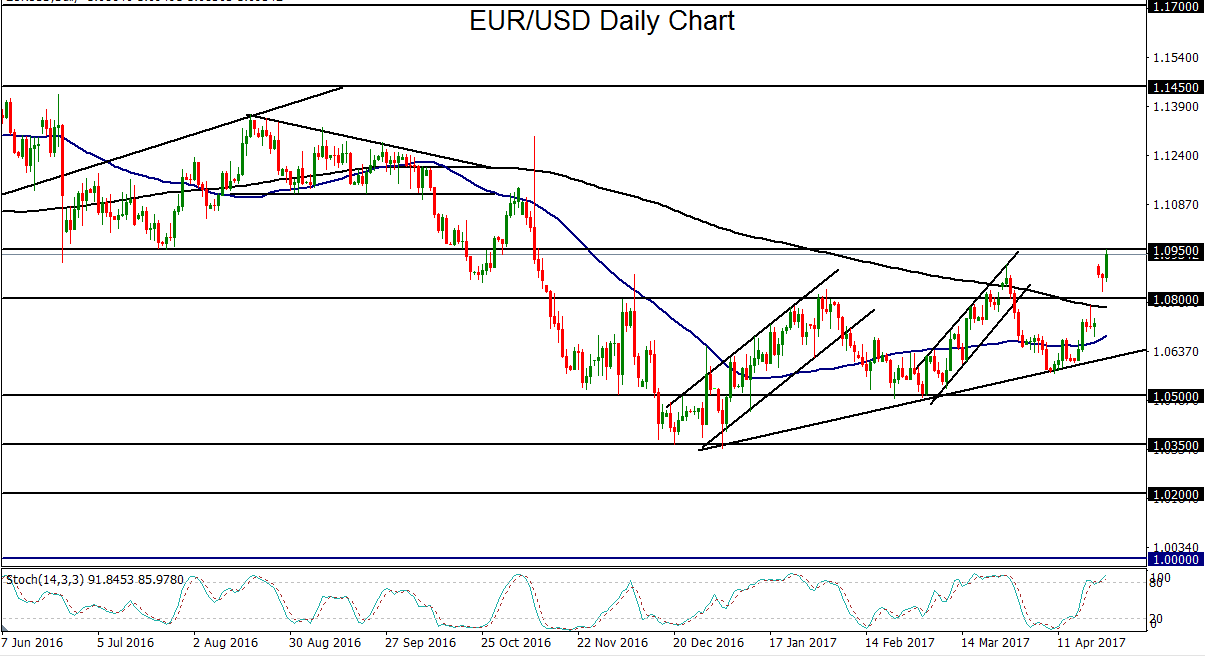